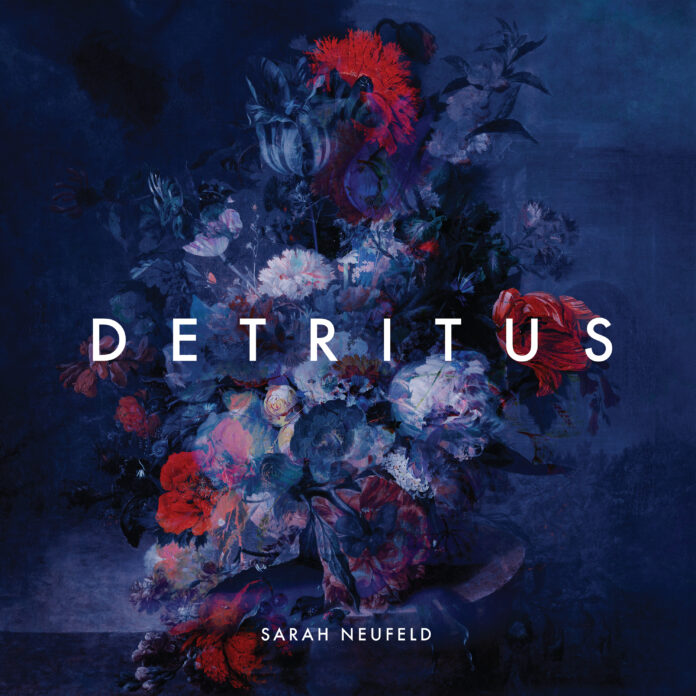 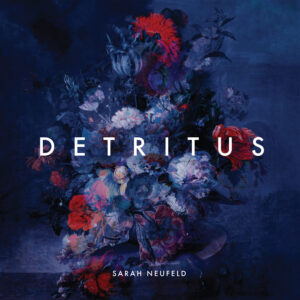 Sarah Neufeld (Arcade Fire, Bell Orchestre) drops a new album that is intense, dramatic and mesmerising. Her unique ability to elicit such innovative spiralling loops and delicately tumbling arpeggios from her violin is unrivalled. Gordon Rutherford reviews for Louder Than War.

A couple of weeks ago, I went through one of those strange phases where I kept inexplicably waking at 3 a.m. This occurred on three consecutive mornings. What to do? There’s no point lying in bed, tossing and turning. All you can do in such circumstances is rise, make a strong cup of tea and put some music on. On those three spring mornings, my soundtrack was consistent. At that hour, you really need something that mirrors the moment. It’s a time of day when lucidity is not yet fully present. The creative portion of your brain is running amok, but the remainder still slumbers. It’s probably not the moment for the new album by Pink Suits. Serendipitously, Sarah Neufeld’s new album, Detritus, turned out to be close to hand.

As the music washed over me, out of the window I could see the sky transition from indigo to slate grey to the palest of pink. I could hear the birds before I saw them; their dawn chorus, the call and response. Then they were visible, swooping and diving out of the gloaming. All accompanied by this dramatic and emotive soundtrack, reflecting the hour quite perfectly.

Of course, Neufeld is best known as a key member of Arcade Fire, who are probably not a dawn awakening kind of band. Throughout their glorious career, her strings have helped to shape and propel those crowd-pleasing, festival-wowing anthems like Wake Up and The Suburbs. But there’s more than one string to her violin as she recently emphasised through her work as a member of the innovative Bell Orchestre. Their recent album, House Music, was recently reviewed by yours truly on these very pages and those in the know are already aware that Bell Orchestre are about as close to Arcade Fire as a llama is to a mobile phone. Detritus is a quite different beast again. It’s certainly closer to Bell Orchestre in the sense that its essence is modern classical, but this is a body of work that operates on a more emotional, more theatrical level.

Largely, this is likely to be a consequence of Neufeld’s recent collaboration with legendary dancer/choreographer, Peggy Baker. Inspired by Neufeld’s album, The Ridge, Baker had developed a piece that they could perform in a live setting. Their subsequent performance, akin to some kind of duel, was incendiary. Inspired, they agreed to do more together, culminating in a tour in 2019 and, from that, came the material that ultimately shaped Detritus. And once you know about the performance art aspect and the dance influence, the music in Detritus makes more sense. This is a collection that billows and flows, changing milieu and mood throughout. It is incredibly successful in painting vivid images in your mind.

Detritus is the music of the dawn. It is the cloak of darkness that slips open with the movements to reveal the optimism of newness. It is transforming light and the sound of awakening. Just like that special time of day, the atmosphere is slightly other-worldly. The perfect example of this is the album opener, Stories. Like a creeping haar, Neufeld’s violin engulfs you from out of the tenebrosity, just preceding her haunting vocal which accompanies it. It’s as though the music is crossing over from another dimension. This ambience continues with the second track, Unreflected. Here, Neufeld makes her strings echo and reverberate, with each chord leaving ectoplasm-like faint traces in its wake. 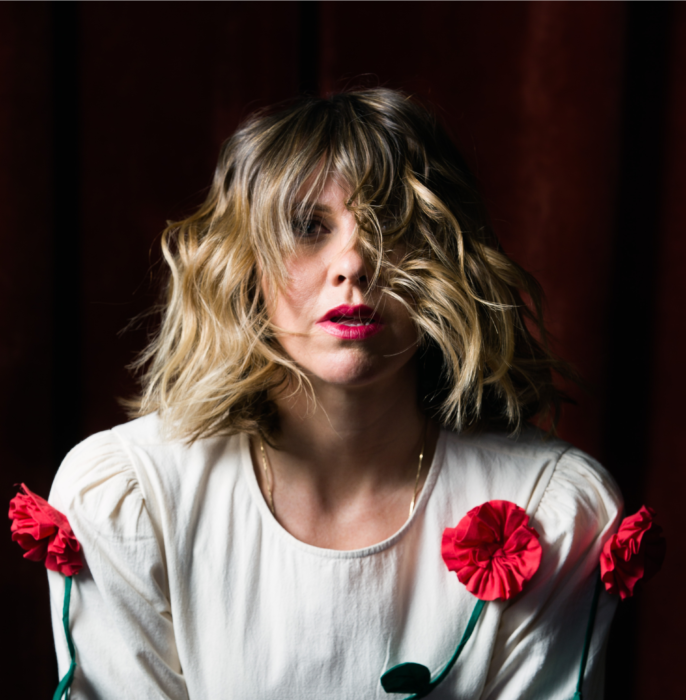 Until now, Neufeld’s most notable solo release is probably the Juno Award-winning collaboration with Colin Stetson, Never Were The Way She Was. It was an album that was a whirling reel of saxophone and violin dancing with one another. Dominated by layers and loops, one building on another before gradually morphing into something else, it was a joy in repetition; akin to a dream-like collaboration between Steve Reich and Aphex Twin. There are many similarities between that album and Detritus. The most obvious is Neufeld’s expertise in eliciting uncanny sounds from her violin and structuring them into incredibly intricate patterns and the album’s third track, With Love And Blindness, illustrates this perfectly.

Once again, images of dawn are conjured up, with the music resembling the murmuration of awakening birds weaving patterns against a crepuscular backdrop. A breathtaking series of ostinato are to the fore, like a rollercoaster that gradually hauls you skywards before it allows gravity to take over and hurtle you back to earth. This exhilarating ride continues into the following track, The Top, a piece which twists and skips, plaiting intricate designs with some velocity. As the tempo increases further, it gives off the sense that it is frantically seeking something. Distinctive tessellations are formed by the music, reminiscent of Samuel Sharp’s brilliant Patterns Various album which was released earlier this year.

Then comes the album’s highlight in the form of the incredible Tumble Down The Undecided. Like The Top before it, there’s an urgency here. This is no longer the sound of dawn. As it inevitably does, time has moved on and we are now in the middle of rush hour in all its frenzy. It’s a track that comes with a barrow-load of intensity, all centring upon those dazzling cascading notes and delays. The album closes with Shed Your Dear Heart and the title track, Detritus. Both compositions bring things back down, with the former a stripped back piece that is steered carefully by a rolling beat on tom-toms.

Detritus is an album that is powerful and intense. There is a constant sense of drama created by its fragile, waiflike aura and Neufeld’s deft deployment of chiaroscuro is integral to the storytelling. There are few artists so adept at painting such lissom motifs onto their musical canvas. But critically, Sarah Neufeld never overcooks things. For all those intricate loops and spilling arpeggios, she is more than comfortable with the spaces in between the notes. In creating Detritus, she has released a challenging, but not a difficult, listen. It is easy to gorge yourself on these wonderful, atmospheric compositions, but they do require investment to truly appreciate their beauty. Take the time, because Neufeld’s sound is ineffaceable. I guarantee it will live long in the memory. Now, close your eyes and think of the dawn.