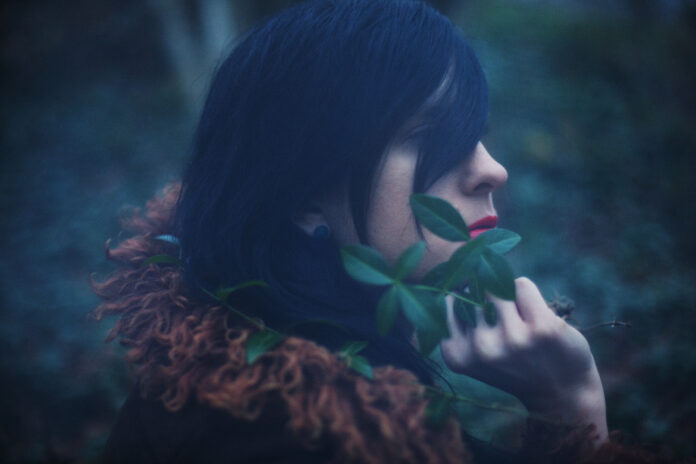 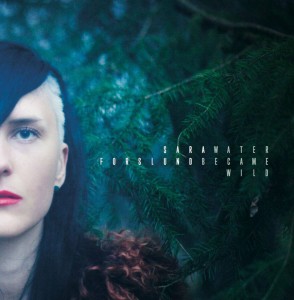 There is a certain feeling that comes from walking through the shadows of a forest; the misted sunlight dappling ahead, undergrowth brushing shins.

There is the not quite quiet of birdsong, rustling leaves and the gentle snap of twigs underfoot. There is the just new scent of unfurling leaves mixed with the sweet decay of fallen foliage. There is the held-breath stillness from being among unseen creatures. It is a delicate assault on the senses which creates the feeling.

An intricate yet sparse album with gently built layers from the warm full sound of a cello, to the piano clear and high. Forslund’s vocal weaves amongst it, perfectly positioned in the mix so as not to overpower or disappear beneath the melody.

Lyrically there are references and stories of the magic of nature, the serenity of love and the melancholy of the spaces it opens up. From the breathy part-whisper to the crisp rise to the top of the range, this is a soft vocal style for these folk noir hymns.

Title track Water Became Wild opens with the gentle hiss of rain, a distant roll of thunder before the repeating picked riff circles around the hushed percussion and strings. It is at once fragile and yet substantial in sound. Building slowly, pulsing toward the end where the soft rainfall leads out from the crystalline vocal.

On Morning is Leaving there is the tinkling of keys, chasing around the vocal line to melodically echo the lyrics about love remaining through all times. The piano fleet-footed youth while the hazy vocal the slowing with age, the heart-beating eternal through it all.

The juxtaposing soft, opaque strings and percussions with the sparkling picking and luminous vocal remains the constant, yet varied, companion creating a mystical soundscape against which the tales are set. Under the Sun takes that storytelling, turning folk toward folklore, a little further. It is marvellous creatures and legends shared around the smokey campfire, it is the picture book passed down between us.

Album closer Time to Collect reflects the songs which come before it, tenderly making an offer of love with the rich resonance of the cello underpinning the lighter keys and picking, the higher vocal. For the flow of the album it brings an almost abrupt end, a jarring silence that throws you from the dream.

So, headphones on, shut out the world and let this album transport you, each delicate note evoking another memory of some forest around you, some woodland walk, some love you have or wish upon.

Let the hum of the cello be the soft undergrowth, the clarity of the vocal a peak of blue sky, the twinkling piano the making each leaf luminescent with light.

There is magic in music but this album conjures just a little more than most.

All words by Sarah Lay. You can follow her on Twitter and read more of her articles on Louder Than War here.