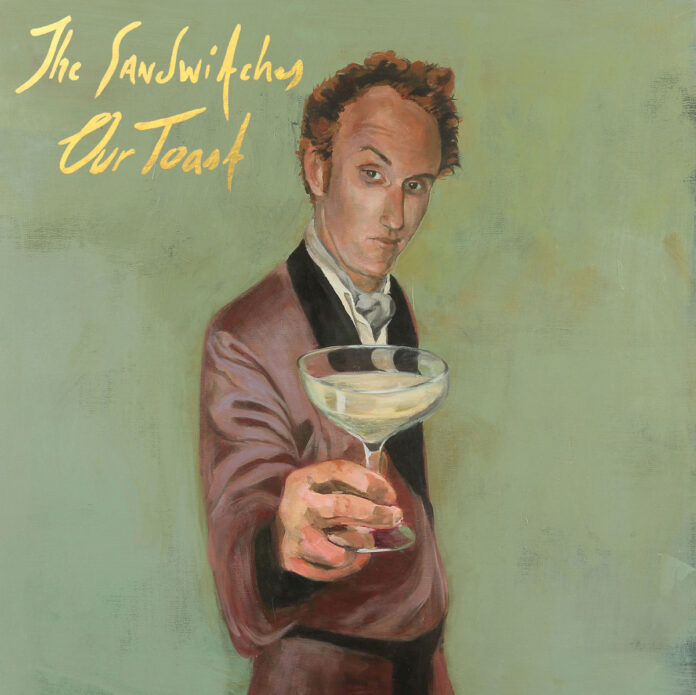 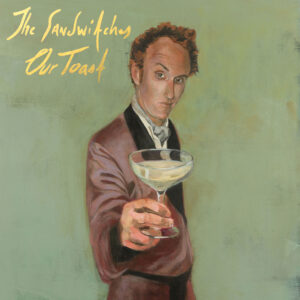 Surreal unions of Daughter meets This Is the Kit rumbles greets reviewer Clive K Hammond as he reviews The Sandwitches’ latest release ‘Our Toast’.

Fusing a dystopian christening of vexing Strange Death of Liberal England melodies with raw Daughter primed colourings, San Francisco’s answer to a traumatically repressed This Is the Kit, The Sandwitches, are as reluctantly vivid as their ‘straight out of a David Lynch film’ legend suggest. The disillusioned enthusiasm for harrowing verses that advance subtly into anti-choruses typifies their latest release ‘Our Toast’ – an album engaged with the isolation of mechanical pop, but the crushing modern realms of reflective folk.

‘Our Toast’ opens oddly, however, against this vein. ‘Sunny Side’ feels like an eccentric mid-00s Damon Albarn track; the outlandish pub piano more accustomed to a Chas ‘n’ Dave tribute band; the eerie disused playground aura of the offset melodies; the detached bass. It’s only natural sister track is the album’s closer ‘Nothing But Love’ – quivering in its lead piano again, spiralling lines of guitar softly emerge through the quivering percussion allowing the levelled, choir like murmurs to glide above. They alone are stately numbers that offer little cohesion as to what follows.

There is always a burst of melancholy close by throughout any Sandwitches song; bewitched only by the cool live arena that the tracks are captured within. ‘Island Jam’ is a supressed Lana Del Rey track that could only be replicated in a sleep deprived haze. The battling vocals that fornicate adversely before resolutely exploding on their entranced way to become a beautiful antidote to the gyrating confusion of its brash ending. ‘Personal Hell’ again exemplifies this notion with storming guitars that unearth genuine moments of elegant melody out of the confusing unions of guitar, piano and bass that refuse to wilt until controlled.

Their singer cuts a tormented figure throughout; parts fuelling a fractured reincarnation of a latter day Amy Winehouse, occasions a demonic, wistful Dolores O’Riordan. Her passages through ‘Play It Again Dick’ – the crisp soundbite of Cash + David reverberating sounds a natural skeleton for Roxanne Young’s hesitant drums to control the rhythm, a ‘West Ryder Pauper Lunatic Asylum’ era Kasabian generates a Western ambience that stumbles menacingly throughout – and ‘Dead Prudence’ – mesmirised by patterns of sun-kissed progressions of a lukewarm Happyness, it evolves into a loose meander discussing the emptiness of humanity that becomes Gogo Penguin within its jazz touched, wrenched finale – were as covered in empathy as they were destruction; a true vocalist pushing the parameters of her almost evangelic voice. ‘Sleeping Practice’ – with its relaxed blues solos against the shimmering, naked Alabama Shakes dreamt scores of relaxed ambiences – should be described as her Nina Simone moment; such the juxtaposition throughout her enraged tone.

The early abnormalities of form do appear again within ‘Wickedman Mambo’; a brief refrain against an incessant cycle of dejection. It punches out a 12 bar blues chorus that is slapped through to create a plethora of rollicking grooves, co-orinated by the psychedelic rumbles of the kit.

‘Miggy’ stands out against it all. A conscious pop driven format to the chords counterbalances the ethereal vitality within the haunting melodies of its vocals; without doubt ‘Our Toast’s most intimidating, yet memorable track.

‘Our Toast’ reinforces the attributes most aligned with The Sandwitches. Memorable tracks that work tirelessly to create the room for sleep, it should heralded as the outfit’s breakthrough.