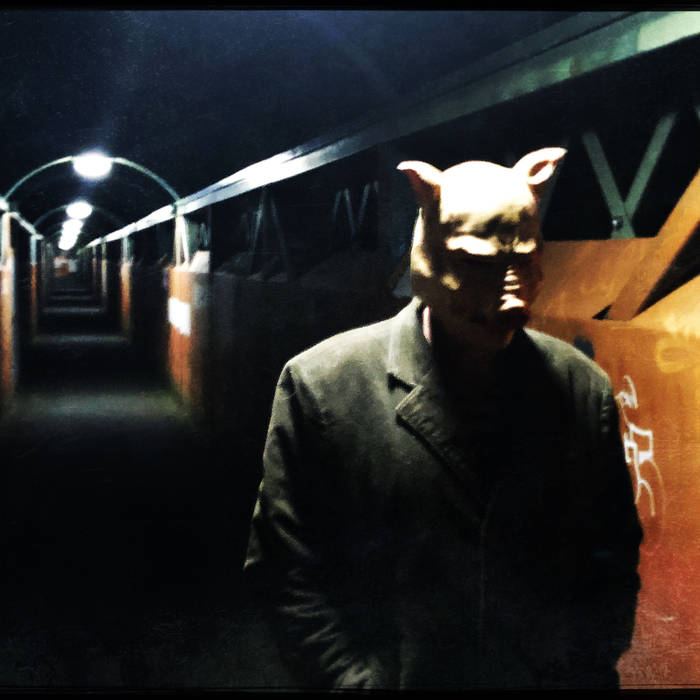 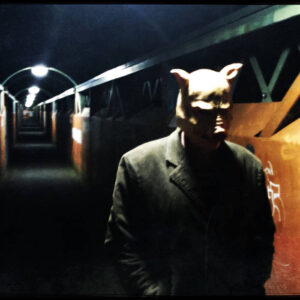 The Wildmen from Northumberland return with a bleak picture of an inhumane country painted by a heavy punk soundscape.  It draws on influences from Killing Joke to Rudimentary Peni and lyrically couldn’t be any more relevant says Nathan Brown.

When you experience them in a live situation, Sanction This look and sound like a band of beserkers – all beards and wild eyed battle cries. They’ve made more of a foothold in the South than their Viking ancestors, and recorded this sacrificial offering when their raiding party made it all the way down to Ranscomb Studios in Kent. Guitarist Nick told me they really enjoyed the recording process, staying at the Grow Your Own HQ. He also added that this is their best recording yet. Considering how well previous Sanction This releases have been received this was a bold claim, but true enough.

As with their previous work, there is a distinct Killing Joke influence.  The guitar is a combination of damped chug, power chords and arpeggio and here and there snatches from the style bible of East Bay Ray on Plastic Surgery Disasters era Dead Kennedys. Big rolling drums pound away like the oars on a longship- sounding bottomless in the lower frequencies.  A driving bass provides the tempo as much as the drums. Carrying on the longship analogy it’s the mast that the guitar and vocals can hang from like a sail that strikes fear into the heart of those watching from the coast.  At times rapid and thundering like a juggernaut, at times atmospheric.  Screamed and shouted vocals that come from the gut, with the occasional swear word for accent – the way real people talk when they’re fucked off.  And if you’re not fucked off right now, you’re probably not awake.

What really stands out for me from this album is the unbridled anger, coupled with a plea for help, “Can anyone stop this poison?”.  This is underlined by the art and lyrics.  Sanction This are putting you on notice that they have good cause to be angry, and so should you be. With the new pig in number 10 this is certainly a timely record.  We’ve never had it so shit.

Dark and brooding, full of resentment, these are not happy songs for happy boys and girls.  This is not pop escapism.  This is real life.  There is a rawness and intense ferocity to this music that grows rather than diminishes the more you listen.  That is the sound of real, not confected, anger.  Catchy doesn’t quite seem the right word for choruses which sound more like battle cries. “Pig! Pig! Pig! You are. You are. You are Fucking Pig!” “Messing, messing, messing with your life again”, “No way back, no return from this hell we’re in.  Realise!  It’s about time you realised!”  These roaring choruses prove they haven’t lost the screaming man on the moor aesthetic I referred to in my review of their last album.

The songs are heavy on the rhythm and sit well with other “heavy” punk bands like Coitus, 1980s Amebix, Zygote and Killing Joke. If you like the more punky end of industrial music (Ministry et al) then this will probably tickle you as well.  Whilst heavy, Sanction This dont veer into metal, which has been an unfortunate path too many crustlords have followed over the years.

Picking out a few songs, the snuffling voice and dischordant guitar on Rags To Rags evokes Rudimentary Peni.  A minute later the song rises up before settling down with subdued drums for the verse.  The roving bass holds the line with the occasional drop in from the full volume and ferocity of the guitar and drums. Sanction This come at you in waves.

Witness To A Breakdown flips between melancholic and angry.  The Rudimentary Peni influence is again evident in the way the bass line runs counter to the guitar.  The use of the double bass pedal builds the intensity towards the song’s end.  And as for the production, using echo effects on the vocals in the right place adds to the loneliness and despair.

The 6 minutes and 20 seconds of the closing song All the Cuts paints a lyrical picture of a ravaged post apocalyptic or medieval landscape but this is no fantasy sword and sorcery bullshit. It is this country today, martyrs, starvation…the impact of government cuts.  The anger is strong, rightly so…this is not some sterile “cuts are bad” placard waving, this is the visceral reaction of a human being to an inhumane way to treat fellow humans:

While the bleak landscape Sanction This paint is littered with suffering and anguish, reflecting a whole world of pain that is being unleashed on the poor and the marginalised, the take away message of this album as a whole for me is a battle cry: “Don’t get mad, get angry”.

Covers are hand built and printed at the GYO HQ as you would expect and feature some visually arresting images which the band staged and captured themselves. Sinister in a Black Mirror way.  The download alone is not the full experience, so I recommend you immerse yourself in the physical artefact.