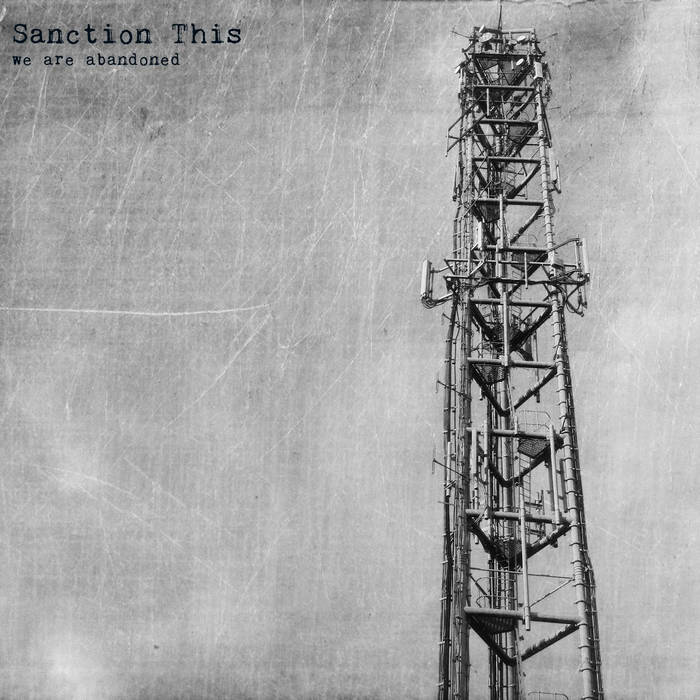 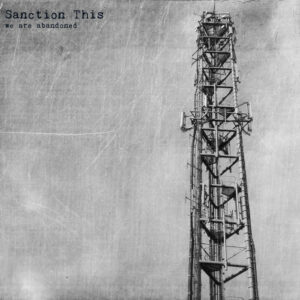 Sanction This – We Are Abandoned (Grow Your Own)

The long awaited album from Sanction This is a bleak and heavyweight punk offering with a range of influences wrapped in an impressive package.

They say it’s grim up North but in Northumberland it’s totally bleak, if this dark offering from Sanction This is to be taken as representative.  In certain circles this LP has been hotly anticipated, based on blistering live performances and their previous CD and EP release.   Before it was available, updates from Grow Your Own on Facebook revealed that the physical package was a bit special.

On first listen I thought “This is like Killing Joke in a shouting match with Rudimentary Peni”. Going out on a limb I mentioned this to Sanction This via the power of Facebook, and got a positive response. Nick, guitarist and singer, confirmed this, saying “Peni and Killing Joke are 2 of my all time favourite bands”.  I had previously noted the Killing Joke influence when I’d seen them live so it wasn’t really a shock, more confirmation!

Songs veer from upbeat to dark and brooding, driving, rhythmic tunes.  But always heavy. In addition to Killing Joke and Peni there is a bit of No Sanctuary era Amebix in Sanction This – a heavy, crunchy, crust sound but with a lo-fi, sometimes sparse, production. Scotland’s Scatha would also be a useful comparison.

The drums are upbeat or pounding and tribal.  The bass bright and either roving or accentuating, punching out, the rhythm. The guitar alternates between discordant notes and minor chords and power chords or heavy damping.  Layered on top of all this the words are angrily shouted, occasionally growled, sometimes throaty.  In my imagination I can see a tormented man shouting into the wind in a bleak moorland landscape that is perpetually in winter.  I’ve made them sound like a fierce bunch and whilst they look a bunch of vikings I assure they were friendly chaps when I spoke to them at a couple of gigs.

And about those words that they are shouting…The lyrical style is very Rudimentary Peni in places, painting vignettes of characters (the Butcher, the Architect). There is some punk rock protest anger (Direct Action, Never, Who Dies), angst and outpourings of mental torment in modern life and society (War In My Head, Follow, Sickness, No Light, Steeped in Violence) and a bit of righteous anger at religion (Lies).  The common thread throughout the album is of rebellion, rejection and anger, perhaps best summed up by these words from Never:  “They control me, they condemn me, they knocked me but I never gave in”.

The album opens with moaning and groaning that, while probably supposed to represent the mental torment of the War in My Head, sounds akin to a zombie swarm or a creature HP Lovecraft might conjure up. When the album closes with the song Who Dies? it sounds like an army of Orcs. “Who has the right to decide?” they ask of land ownership and the theft of our common treasury. The bleak implication is that whoever can kill can own – you can certainly trace back land ownership in these Isles to that conclusion.

As has become the norm from Grow Your Own Records, a lot of effort has gone into the package – all assembled by hand. The front cover with a greyscale photo of a communication tower/listening post laid on white card is bleak in keeping with the music inside.  The booklet – a full 12″ square – features art that, like the music, has something in common with Rudimentary Peni in places.  The addition of postcards means this album is a heavyweight in more ways than one.