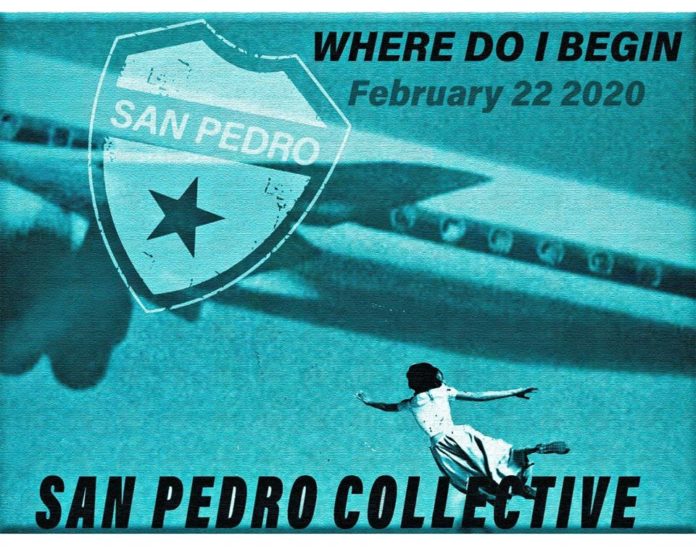 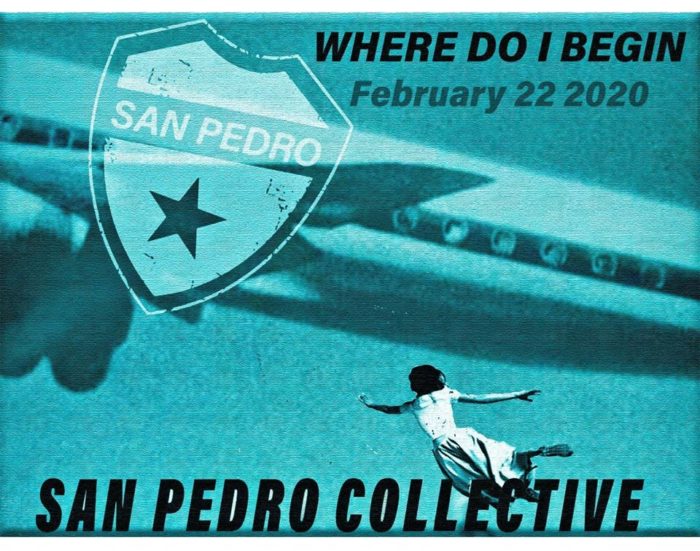 San Pedro is a project by Rikki Turner, the mastermind behind several Manchester electronic outfits such as The Paris Angels, The New Southern Elektrik and The Hurt. A large collective named after the Californian town where Turner’s favourite writer, Charles Bukowski lived out his final days, San Pedro consists of musicians, DJ’s, writers, poets, artists and singers based in the UK, mainland Europe and America.  So far we know about singer/songwriter Millie MacBean known for her ethereal vocals, Suddi Raval (ex member of rave duo Together, best known for their hit “Hardcore Uproar” that went to the top of the national charts in 1990), Simon Wolstencroft (The Fall, Ian Brown, The Stone Roses, Johnny Marr and Freak Party), Keith Higgins (former member of The Hunt), Justin Leonard, Martin McClaren and Antnee Egerton of The Winachi Tribe. Not forgetting Sarah Bouchier (aka Lady B) makes her debut on vocals to high acclaim.

‘Where Do I Begin’ is a song about dealing with the consequences of a toxic relationship and the damage it causes, whilst trying to exorcise those feelings from one’s life. The track is a mixture of House/Retro dance, bringing Bouchier’s vox to a heart breaking conclusion.

It’s your typical euphoric house builder that comes to an e-rush climax, then cracks into motion with sublime vocals and a melting beat that will tear up the dance floors across the world. The beauty of this collective is they have the muscle of Rikki, Simon, Keith as the live backing to create an electro house classic in the mould of those 90’s tunes that rocked our lost beloved clubs. We all love a bit of nostalgia, however San Pedro make it sound of our times right now to a killer tune that just grooves on.

You can catch SAN PEDRO COLLECTIVE at their first live appearance of 2020 at The Spinning Top, Wellington Road South, Stockport, SK4 1AA, with a DJ set from the legendary Clint Boon and support from Pollen Nation, on 22nd Feb 2020.