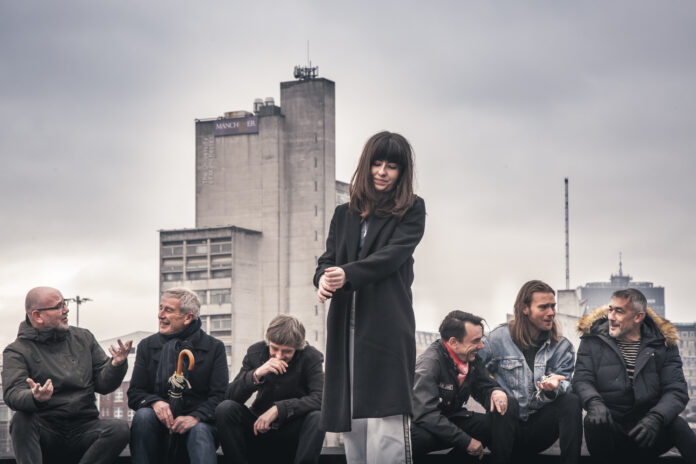 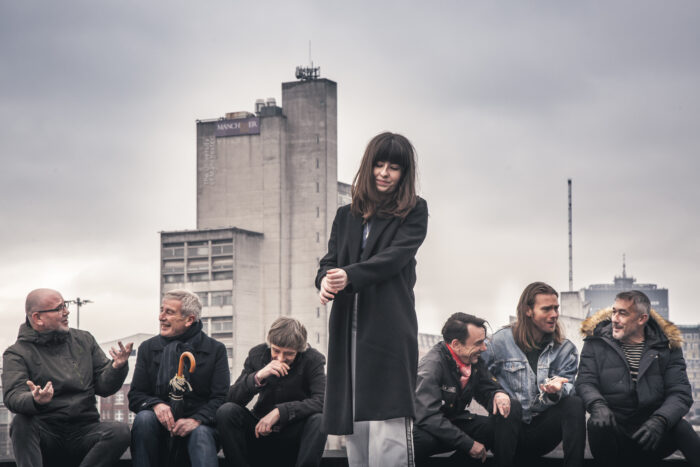 San Pedro Collective return with an EP full of flavour and funky tempo. You can’t ignore this group of old school Mancunian music heads who have hunkered down through lockdown to produce a piece of funky musical art from the mind of Rikki Turner. Wayne AF Carey introduces you to some more gems from the masters…

San Pedro Collective were brought together by the enigmatic front man that is Rikki Turner whose previous musical offerings include ‘Paris Angels’ and ‘The Hurt’ where he was joined by Keith Higgins on guitar / bass. Josh Hall has picked up lead guitar duties for ‘In Your Way’ & ‘Time’ tempering early rock n’ roll instincts with passion for blues and funky playing. Justin Leonard keeps the songs moving with the melodic rhythm with the drums being in the capable hands of Simon Wolstencroft (AKA Funky Si), best known for The Fall and joining his old school classmate Ian Brown on the Stone Roses frontman’s second solo album ‘Golden Greats’. The final cherry on the already perfectly iced cake is singer Jasmine Needham whose haunting vocals are featured on this track that effortlessly weave in and about of the rhythm and beats.

Frontman Turner had this to say about ‘In Your Way’.
“For me the remix of In your Way was written and rewritten until there was no more blood to bleed out no tears …..just hope of reconciliation”

The lead single for radio is the remix by Antnee Egerton from electrofunk soul-sonic collective The Winachi Tribe who had this to say about the phenomenal remix.
“I wanted to capture the emotion of the lyrics by giving it a injection of rock n roll with a dance groove to give it a hands in the air anthemic feel when the chorus hits.”

For fucks sake, can you get better than this group of mavericks producing an EP of sublime soulful grooves? ‘You’ is a mighty mellow affair full of joyous trumpet and the direction of Justin Leonard giving Jasmine Needham that platform to air her amazing smooth as silk vocals that give you vibes of The Sneaker Pimps, Moloko and the select few vocalists that were around during the trip hop era. Rikki does his Manc spoken word to great effect as usual. I’ve just reviewed the Rico re-issues (he played trombone by the way you purists) and that trumpet sound is reminiscent of the old ska movement that Jerry Dammers pumped into the system. Keyboards abound kick off the brilliant In My Way that ups the tempo with that Funky Si drumbeat kicking in with a beautiful mix of trance house vocals again from Jasmine. Absolutely loving that Josh Hall guitar sound flowing throughout with the familiar Keith Higgins bassline banging it on the nail.

‘Time’ is just fuckin’ messing with you. A proper laid back drum and bass led beauty of a track. The vocals are perfection with Jasmine and Rikki enjoying the moment with a funky as fuck soulful track that tugs at the heartstrings. You can hear the input from the legend of Inder Goldfinger stamping his trademark percussion all over it. As for Funky Si and Keith Higgins? A match made in heaven. Winachi Tribe visionary Antnee Egerton crawls over the remix of In Your Way with a proper techno house Hacienda vibe flowing right through. On one listen it’s a club classic sprawling with a top bassline and a rock guitar riff to boost the overall sound.

This is happy music for happy people who want to get out and party. I’ve got a massive respect for Rikki Turner who has always wanted to push boundaries in sound and has grouped together some of the cream of solid musicians to create the wonder of San Pedro Collective. Let old dogs lie? Fuck off. This is premium music from passionate musicians who aren’t arsed about the mainstream yet might just find that hole through the loop of hoops you have to jump through to get attention from the majors. A stunning summer flecked EP that will take you through the shit of Government mind control even for a good 20 minutes!

Available on all streaming platforms now!