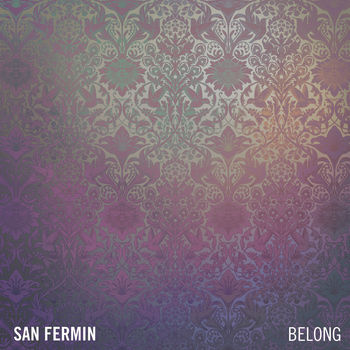 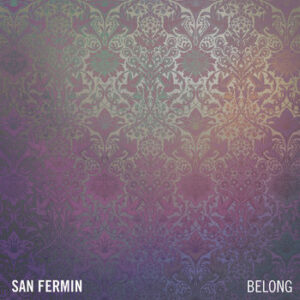 An eclectic mix of tracks from San Fermin on their exceptional third album, from shimmering pop grooves to downbeat indie folk Belong has it all!

Following on from their acclaimed second album Jackrabbit, San Fermin return with the incredible Belong. It sees principle songwriter Ellis Ludwig-Leone at his most raw and powerful, these heartfelt tracks resonate so beautifully. His words so delicately voiced by Charlene Kaye and Allen Tate, musically the album flits between genres at will. Passing through rousing pop grooves to downbeat indie folk, sonically it is incredibly rich.

Opening with the aptly titled Open, Charlene’s vocals are immediately thrust to the fore. The dense palette of instruments used in the creation of Belong is instantaneously noticeable. Whilst initially coming across as a very stark track Open builds to a rousing crescendo, Charlene’s ghostly tones are what instantly holds your attention though.

Throughout the rest of Belong there is an incessant groove that underpins the majority of the tracks, in spite of the often harsh and dour subject matter the upbeat nature of the tracks often remains. August in particular showcasing the bands endless pop sensibility, with a shimmering pop façade that still retains the focus on the poignant vocals. The album is awash with diverse and intriguing sounds, every track possessing something slightly different to the last whilst retaining its coherence.

No Promises has two very different sides to it, a dour pop ballad laden with Charlene’s exquisite tones but the latter part of the track breaks into this over-excited calypso beat. San Fermin’s eclecticism is to be applauded on Belong, as they traverse genres and sounds at will. The likes of Dead providing complete euphoria in spite of its harsh subject matter, only to be followed by the cinematic Perfume.

Closing track Happiness Will Ruin This Place epitomises Belong, it’s stark opening that is then cut with wild blast of synths. The darkness peering through the synth breaks it’s a passionate track that has a real heart to it, the perfect way to close the album. Belong is an all encompassing blast through such a variety of music, it’s almost impossible to pin it down from its shimmering pop to it’s dark folk misery it has it all.