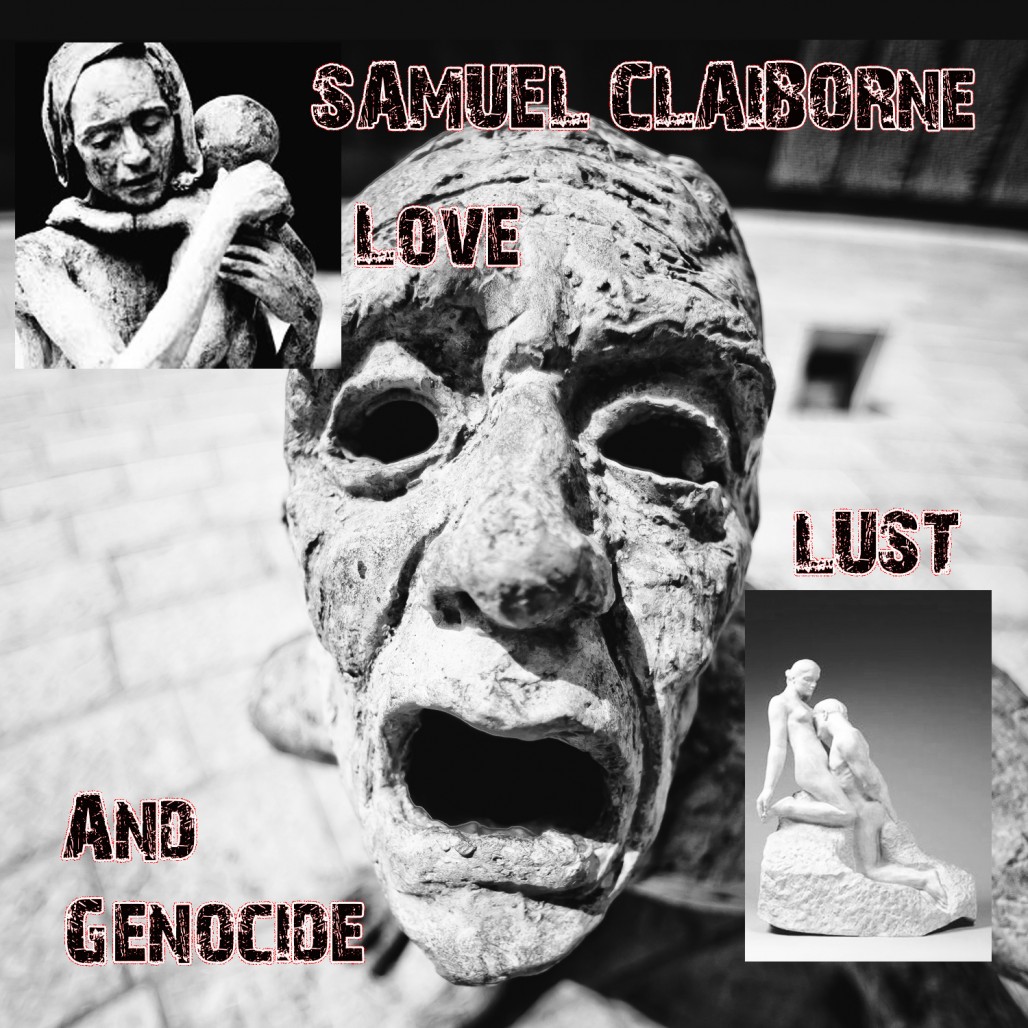 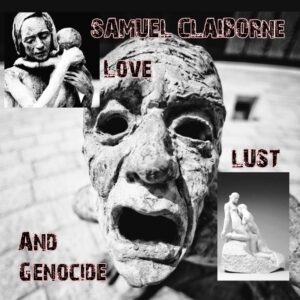 I have not decided whether Samuel Claiborne is an especially concerned human being, voicing his radical opinions on his release “Love, Lust And Genocide”, or a certified lunatic. Regardless, Claiborne is a poetic genius!

Reminiscent of the anti-Vietnam protest days as in “Eve Of Destruction”, his compositions explode with social consequence more relevant to today’s worldly conundrums.

The first track, “Say Goodbye to America”, has the opening line “My house was foreclosed. I come to occupy. All I get is pepper spray. Soldiers and police, I can’t tell them apart. Feels like my country has eaten its own heart”. Track number 3, “Lion and The Lamb” tells the common story of a gay boy being thrown out of his home, forced to live on the streets, until he kills himself. “Kick me out the house, for lovin’ another man. Say that I am a sinner, but I know who I am. Now I’m walking empty streets, without your righteous love. Wondering how in the hell you’re God could be so cold. Now my family weeps, besides my final bed. Mother says she was mistaken my father says misled. They never look into their hearts, to see what they have done. Their twisted faith of bigotry has killed their only son”.

As if that isn’t enough, Samuel Clayborne is a recovered quadriplegic. He goes on to sing about his experience as being so, in the song “Broken”. This is followed by “21st Century War”, a song in which he performs spoken word. The lead off sentence goes like this:, “Our soldiers piss on dead Taliban, and that offends us”. It continues, ” We want a sanitary war, where guys just don’t piss on the people they’ve killed”, cause that ain’t right there’s no honor in that”. And isn’t that what wars are all about honour and democracy, right”?

And then, “but in the blackened fields where trees burn like crosses, women hold up their legless babies up to the skies and scream for a God that never answers”. As the song continues it gets even more descriptive, more poetic….twice as haunting and his words had me picturing everything he described.

The very last track on the album is “My Heart is a Bomb”. Need I say anything more? Again Claiborne uses spoken word for this number. Poetry and fire are nicely balanced in this compelling balladry.

The definition of poetry is: “literary work in which special intensity is given to the expression of feelings and ideas by the use of distinctive style and rhythm”. Many people consider Claiborne a modern-day prophet. His essays have been published in the New York Times. He found himself in downtown New York, where he started his career during the “No Wave” era, as did Tomas Doncker (Church Is Burning Down), who consequently also plays guitar on this album.

Instrumentally, the album rocks, with some great musicians involved in the project. Claiborne himself plays guitar, percussion, viola, drum manipulation and vocals. Each song has a different sound and is as bold as his words. The artwork and design of the album is almost shocking, and created by Claiborne himself.

Is Claiborne an anarchist or just a man adventurous and caring enough to talk about the uncomfortable issues that plague our world? You decide……