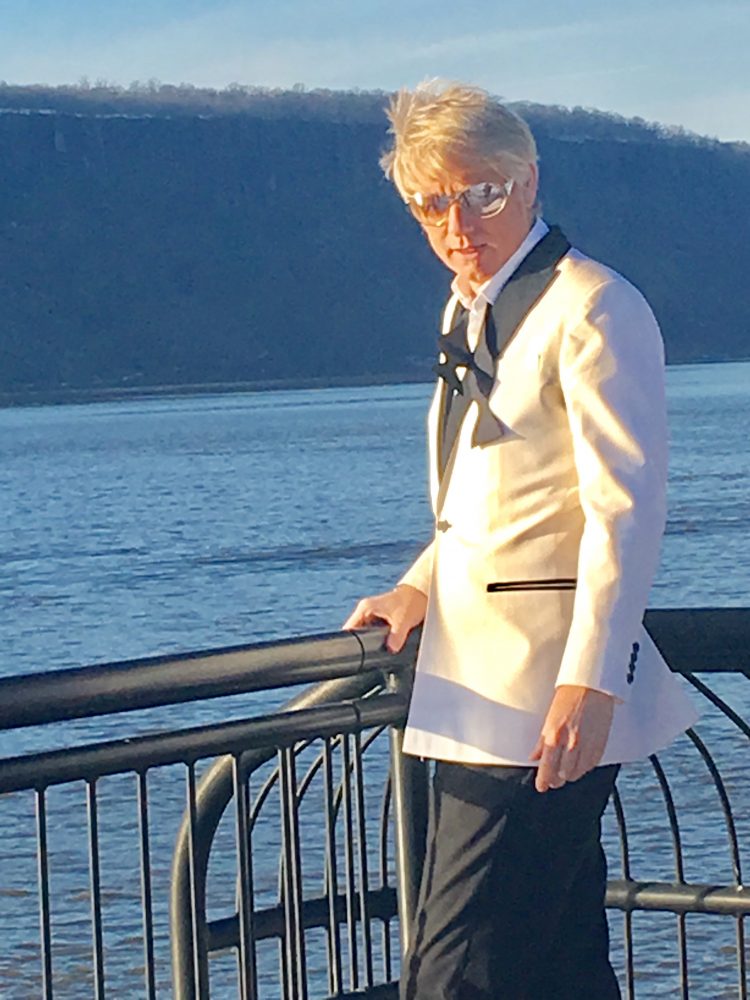 The climactic sonic sensibility, smooth effervesce and audacious swagger of romantic-pop sensation Sam Stevens,  resonated through the illuminated tapestry of the crudely macadamized water colored asphalt of New York, creating a sophisticated eloquence and vibrant attitude never before established in the club’s of Manhattan. Vocally seducing his audiences, leaving them charmed and impassioned, the “James Bond of the Music World” traveled from Nottingham England to conquer the stages of the Big Apple and arose victoriously while premiering  his new single “Don’t Cry” set to be released worldwide March 9, 2018. 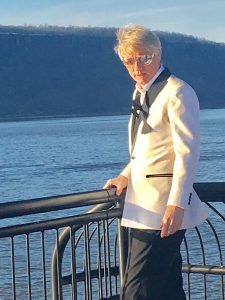 The masterful lyricist deliberately constructs his prolific expressions to reach deeply into the hearts of the incurable romantics destined to fall in love. His melodramatic harmonies and mellifluous orchestrations further tempt fate, illuminating the world with a euphoric musical fantasy, meticulously encapsulated within his songs.

His salacious gestures, and decadent carnal appearance moved the congregation to extreme visual heights as he rocked the stage, clutching the mic stand as if it were a fiery staff. His positive energy filled the room with an inspirational empowerment, while the tall, striking, blonde, blue eyed embodiment persuaded his newly accumulated fans that his amorous words were meant solely for them.

Following his fashion week appearance at the celebration of the benefitted, celebrity infused Mark DeAlwis Salon event, hosted by the multi-platinum selling Village People cowboy, Randy Jones, a crowded gig at Boxers, and finally a debut at the infamous Bowery Electric, I coaxed the pop-romantic phenomenon into a poetic conversation regarding his endeavors.

Coming off of your recent New York tour and premiering your soon to be released single, what proved to be your musical highlight and why?

I think the musical highlight was actually getting in front of a new audience and playing new material in new venues. It would have all been very daunting but as I did rehearse well before coming to New York City,  I had no nerves at all, so I was just really excited to deliver the songs and enjoy the performances. The fact that the audiences really responded well was a real buzz.

As a singer/songwriter, what stops your heart from beating when creating a new song?

If your heart doesn’t beat wildly you need to write another song….absolutely NOTHING compares to that little seat of inspiration, the first note, the first line that you see grow before your eyes.

Your new single “Don’t Cry” is set to release on March 9, please briefly describe the essence of its message.

“Don’t Cry” is ostensibly a love song but a song of the kind of unrequited love that we all may have experienced at some point. It’s a bit like the quote, “always a bridesmaid-never a bride”… you know when you feel really passionately about someone, insanely so, you know they’re making a mistake right in front of your eyes and you see them unhappy and you just know if they just stopped and looked at you and knew how you felt about them, that life would be ok. It’s a bit like Forest Gump loving ‘Jenny’… sometimes you can’t help someone know when and how much you love them. It’s like this song for the Hapless Romantic in all of us.

We had a conversation about writing before…and your song, “Some Kind of Wonderful”…

We were talking about  painting pictures. We were talking about how you describe in your writing, people in terms of food. In terms of yummy, or delicious, or whatever it may be in terms of food. That paints an immediate picture. I was saying my track, “Some Kind of Wonderful”…..how that track was very visual. It’s like a Matisse painting. Like an old master or something. The richness of Lily Pond flowers, that song conjures up the richness of that sort of thing. Seeing two people in a boat going down the river and falling in love and that sort of stuff…Having songs like that, that I’m really proud of, I actually feel as though for everything I’ve done, from when I first picked up the guitar, right until this second, I feel I haven’t even started yet. I can feel the songs inside me. This is absolutely honest, I can feel the songs inside me, and it’s just a matter of having the space or the time or the peace …..I talk about having a clear horizon to just think without the rest of life impacting on you. The songs are actually in there. I know there’s one that might not be as good as, but I want to write one like John Lennon’s “Imagine”, or Elton John’s “Candle in the Wind”. I feel as though it’s already written and it’s in here and all I have to do is just find it. I feel as though it’s in here. I suppose this whole thing is a learning process. Learning and sharing. Life is about communicating with other people. Communicating feelings or ideas. I feel as though there are a hundred songs inside me waiting to come out. I feel as though there are one or two gems, one or two perfect gems. It’s not the holy grail of writing. It’s not the fact that if you find that song it’s incredible, like Chandeliers was a great song. But it’s the holy grail when you find that song you can stop. A process is too hard a word because it makes it factual …..if life is about learning and sharing and continuing …..evolving, that’s a better word. Evolving, and capturing people’s imagination. Capturing force and capturing imaginations. Putting them into a piece of written work or a song. Putting them in such a way that they are immediate. That within the first couple of keyboard sounds of “Imagine” or the first riffs of “Candle in the Wind”, to immediately connect with somebody’s soul and psyche and understanding. So it’s just like then seeing the pictures when you write the song. It’s almost like you’re holding up that picture and then saying, ” I completely get it”.

What drives you to pursue a musical career?

Fame and fortune isn’t for me why I’m doing this. It’s that passion to actually get what’s in here out, just to show it to people.

Why is it so important for you to show it to people?

For me these ideas are really, really valuable. Sometimes when I write a song the idea or the concept is exciting, and I want to share. I love sharing ideas and love and laughter and images. For instance if I see an amazing film, I’ll tell everyone. I’m not talking about that posting on Facebook. I mean I’ll tell my family. I’ll get my brother by the collar and tell him, “this is such an amazing film, drop what you’re doing and come and see it”. I experience so much joy in writing and the creative process. Sometimes I can lose myself from anything from a few hours to a few days being involved and fully immersed sitting in the center of a song. Sitting in the center of this creation that you’re making where it feels as if the instruments are swirling around you and the lyrics are happening. Sometimes it feels as though all of the lyrics that have ever been written are all on a board in front of you, the words that have never been written. And all it is, is you reach out and choose the ones that are perfect for that song. For that exhilaration and excitement that I get I love sharing that feeling with people. Hopefully sometimes when my writing is good, it connects in that way to people. That’s all I want.