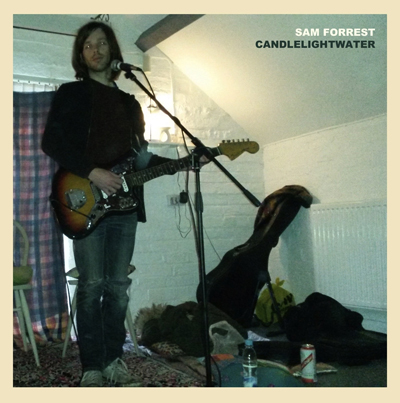 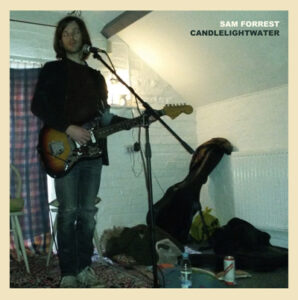 Sam Forrest, frontman of Nine Black Alps, snook a new solo album out past us at the start of the summer. Now we’re all caught up our Features Editor Sarah Lay has been listening and tells us about this serving of dark-around-the-edges dream pop.

They come at you sideways, these songs. The ones that once you’ve heard them you can’t believe your heart had ever managed to beat without it there to keep time, that you’d managed to breathe in and out without the melody swirling in your head. The words wrap around you; invisible to everyone else you can feel it laid across you day and night. They hit you when you least expect it, take you over. You fall a little bit in love with them and you’re never quite the same as before you first heard them.

And so it goes with Out to Sea from Sam Forrest; the rise and fall of the strum, the softly sung but firm vocal line. This song has dark depths in which to sink, a sense of being adrift with nothing but a distant horizon on which to keep a weather eye. It was an unexpected but beautiful introduction to Candlelightwater for me.

Released back in June this album of dreamy indie pop is the latest solo record from the Nine Black Alps frontman. A quietly prolific songwriter Forrest has now put out no less than six solo albums since 2007 and Candlelightwater sees him bring in members of his other bands to play alongside him (Hayley Hutchinson, The Sorry Kisses; David Jones, Nine Black Alps) as well as Micah Calabrese from Giant Drag. Add in a drum kit borrowed from Love and a heap of influences and you’ve got a pretty special but quietly unassuming album.

Those influences? Oh yeah, there’s certainly plenty of them. A little Sonic Youth here, a little Fleetwood Mac there. Elliott Smith and The Band weave in and around the melody. The lens through which they’re refracted is delicately and expertly wielded to give the songs their own sound; melodically you get woozy dream pop while lyrically you get a darker dystopia singing through.

These are the sort of songs which slide into you, echoing around your head soothingly for days. Lyrically there is interesting play between the constructed world and deconstructed thoughts, between solid societal expectations and ephemeral personal ideals. It is all plainly given, and nicely phrased and more touching for this honesty.

On Happier Now the bouncing pop line carries you along but further listens bring you up short, the surface and the depths different places to explore. While Not Even Jesus questions modern life where value is often upon superficial and transient aspects, all backed with a warm hug of melody that feels like a reflection that confusing and fear-led times are best faced with solidarity.

This is not an album which sounds out to impress, or an artist who seems particularly concerned about others views (yes, the irony of writing this in a piece which is exactly that) and that authenticity, and integrity along with a self-awareness expressed in the lyrics pushes this album toward being something really rather special.

Indeed, this is pop music at its finest: pretty melodies and woozy vocals but downbeat lyrics and detuned sounds. On the surface an easy listen that starts to get under your skin with each further play. It reveals its secrets one by one, pulling you further through the looking glass before exploding around you in fuzzing riffs that leave the satisfaction that this is an album for head, heart and dancing feet.

All words by Sarah Lay. Find her on Twitter and her other Louder Than War articles here.