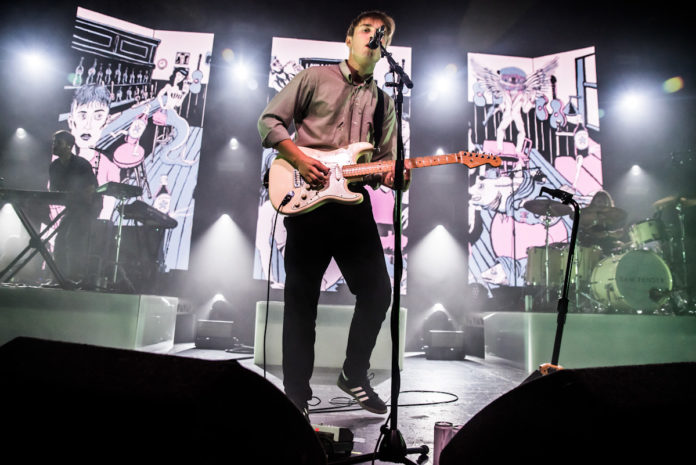 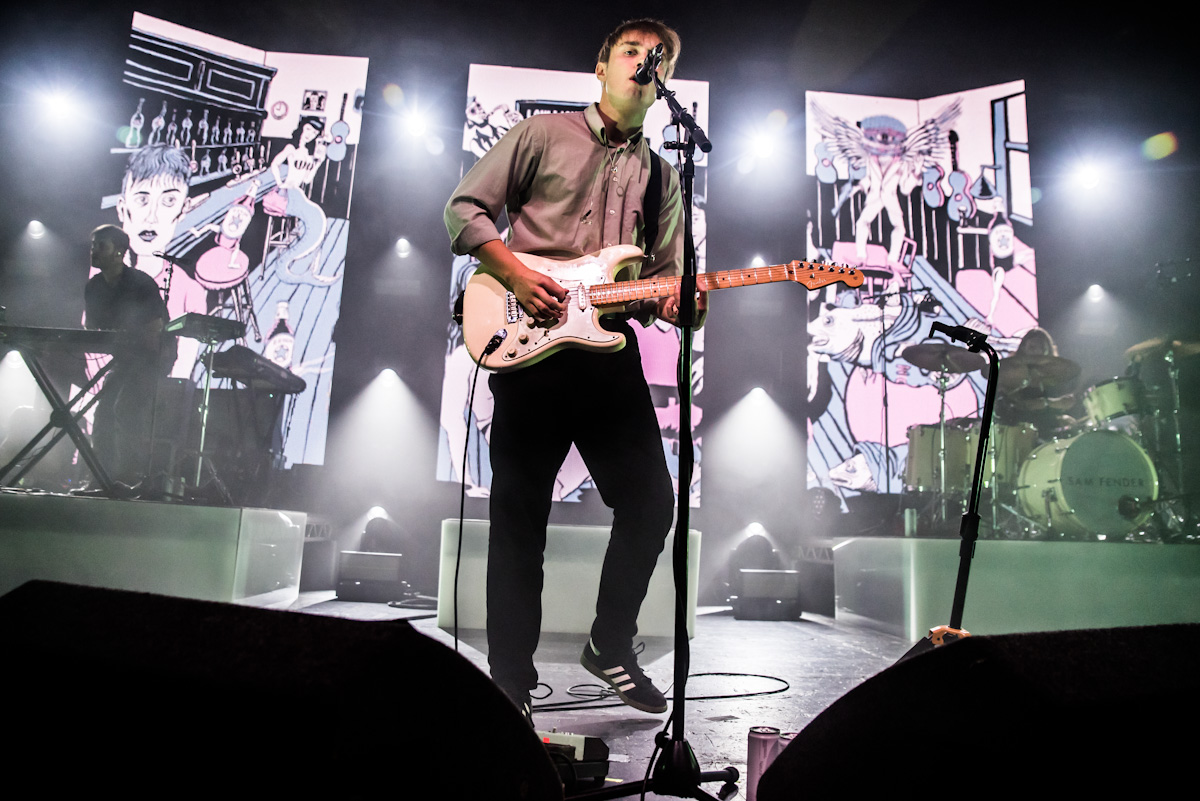 Louder Than War photographer Michael Bond, captured Sam Fender at a sold-out Academy on a cold Manchester night as part of his mammoth European tour.

Following the success of Fender’s debut solo album, Hypersonic Missiles which was released on the 13th September and reached the #1 slot. His short career has seen him mixing in good company, recently supporting Liam Gallagher at an intimate one-off Radio X show at the O2 Ritz in Manchester along with just being announced as support at the London and Dublin shows on The Killers 2020 UK tour. 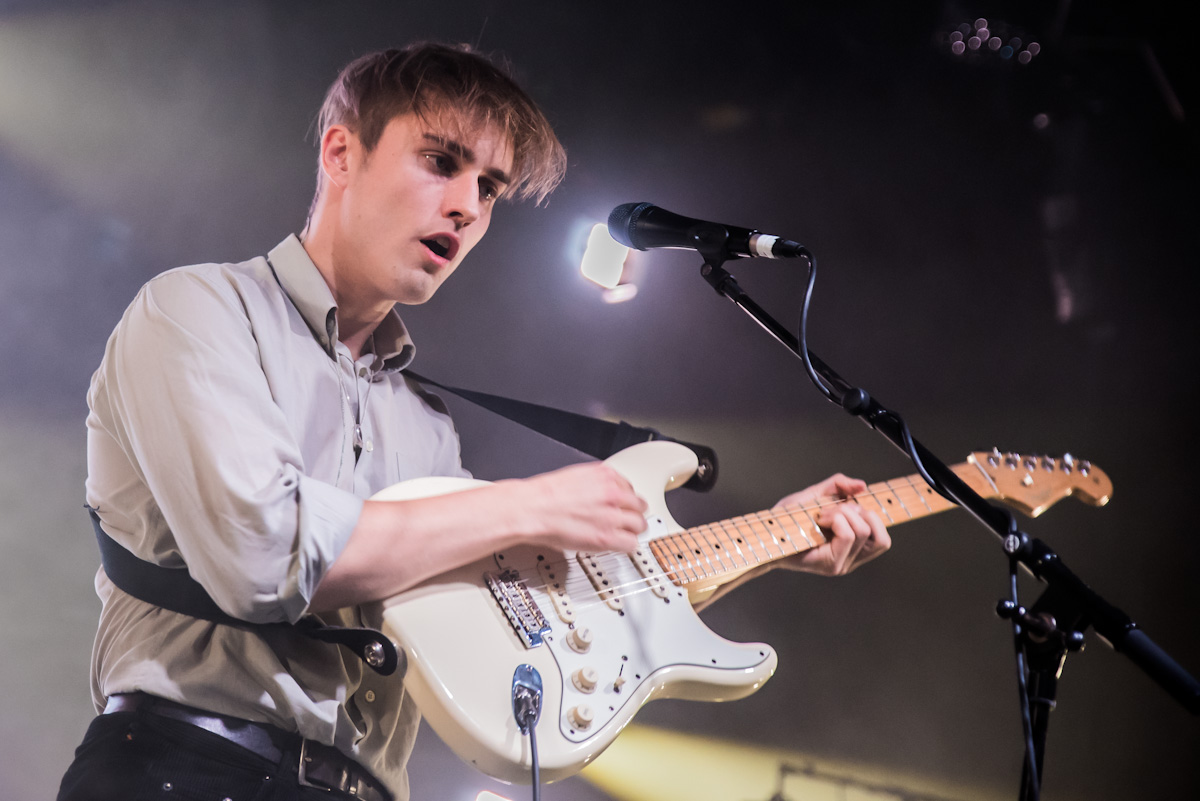 Since being signed in 2018, Sam has amounted a substantial following and those fans were out in force tonight. From the opener, Will We Talk followed by Millennial and Start Again, you could tell the crowd was up for it and this had the makings of a great night.

With the addition of Johnny ‘Blue Hat’ Davis on saxophone, who took centre stage for his solo in The Boarders you could see an extra depth has been added to the live sound which now mirrors that of the album. The momentum created by the opening songs was kept with the crowd forming a mosh pit as Sam worked his way through Saturday, Play God and the albums title track Hypersonic Missiles which were all accompanied by a backdrop of animations featuring Sam and the band along with dancing bottles of Newcy Brown and Boris Johnson & Donald Trump who were depicted as a bat and octopus type creature creating visuals for Sam’s politically fueled lyrics. 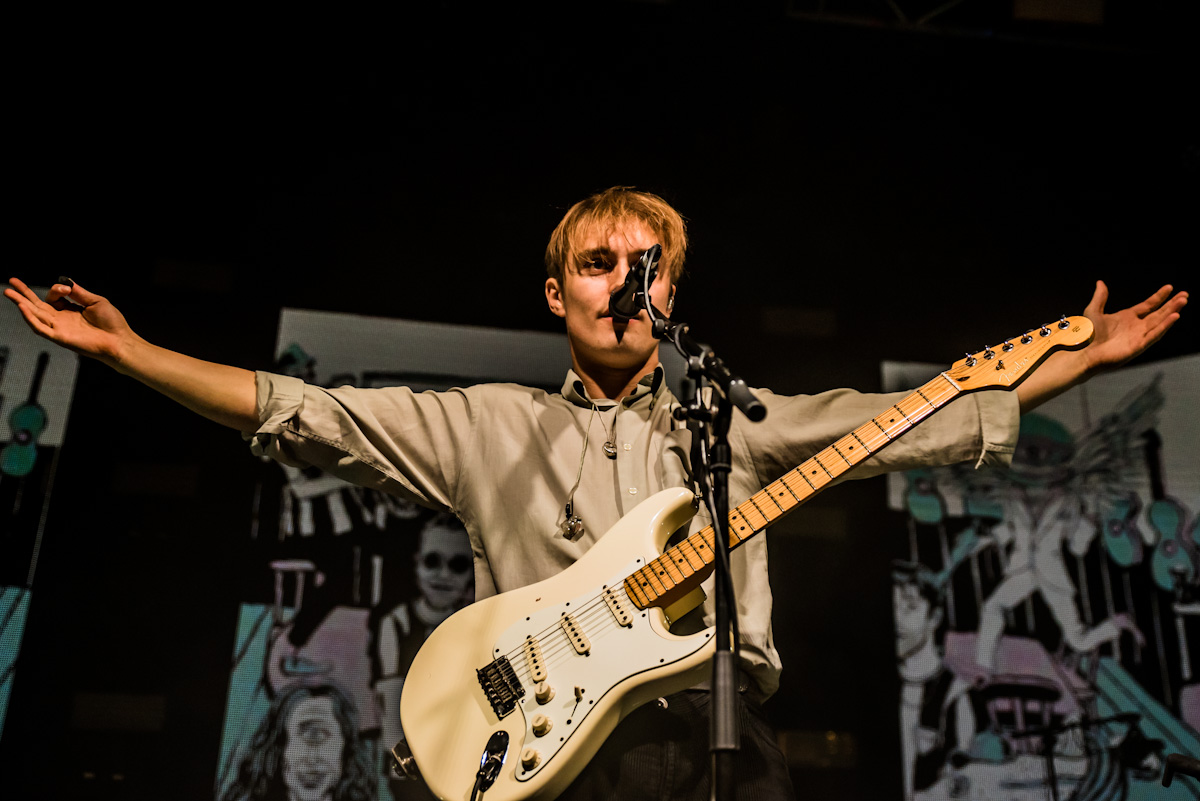 The encore was started off with the stripped-back sound of Leave Fast, where Sam was accompanied on stage by lead guitarist, Dean Thompson, but this slower pace didn’t leave the crowd wanting as chants of Deano, Deano echoed around the venue acknowledging his part in the poignant moment of the set. The mood soon picked up again with That Sound which Sam introduced as an ode to his heroes and influences from our great city. This was shortly followed by a cover of Bruce Springsteen’s Dancing in the Dark which Sam proclaimed as his biggest influence which is clear to see from his sound. This brought an end to a great gig and I forsee Sam’s popularity growing where he will be playing to sold-out crowds in considerably larger venues in the not too distant future.