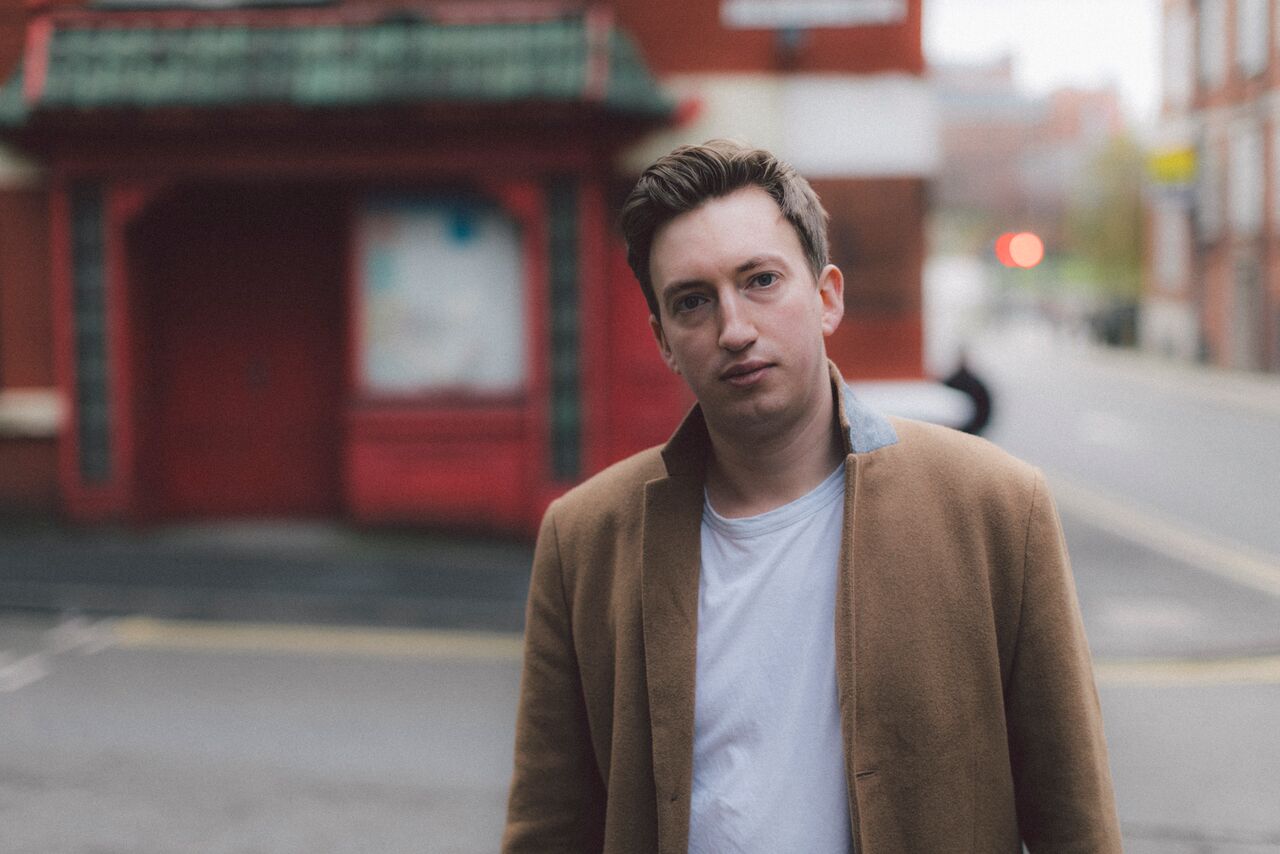 After a seemingly endless wait Leeds-based songwriter Sam Airey is finally releasing his debut album In Darkened Rooms on 26 May 2017.

Airey co-runs Hide and Seek Records so it made sense for him to release it on his own imprint and his previous singles and EPs have had regular plays from high profile DJs including Huw Stephens, Lauren Laverne, and Steve Lamacq.

It might have taken a while to release the album, but Airey has busy on the road touring with The Low Anthem, Villagers, Willy Mason, Lucy Rose and Benjamin Francis Leftwich, and performing at Latitude, Leeds festival, Festival No.6, Kendal Calling, Live at Leeds and Bluedot Festival.

Airey says his music is inextricably bound in the concept of ‘hiraeth’ – a Welsh-language word for which there is no direct translation – but what the University of Wales likened to ‘homesickness tinged with grief or sadness over the lost or departed’.

“I guess usually a debut record is a snapshot from a certain time in an artist’s career,” says Airey. “But as this was made over a longer period than most I think stylistically it maybe reflects a wider palette of influence, and as a result it sees me sonically exploring a few different routes.”

The record draws inspiration from confessional indie-folk, post-rock, Americana, and traditional folk music, along with other cultural and literary influences. But ultimately, says Airey “it all still comes from the same voice – these are my songs, and I live and die by them.”

The title of the record is a lyric taken from the track In The Morning reflecting the winter period in which Airey finished writing the record. Despite having lived in the musically-rich but landlocked city of Leeds for the last few years, he returned to the coastlines of his beloved North Wales where he spent a week alone writing as he looked out at the mountains in Snowdonia.

Older songs are revisited on the record including early single The Blackout, which was BBC Radio Wales’ track of the year. The newest songs hint at a future musical direction with the introspective Lacuna, partly inspired by watching Michel Gondry’s cult movie Eternal Sunshine Of The Spotless Mind.

Though often faced with questions about the length of time it took to make, and release this record, Airey stresses the importance of timing.

“The time needing to feel right, which hasn’t always been the case,” muses Airey. “Eventually, though you have to let things go, to put them out into the world and see what happens.”

Sam Airey will be launching his debut album at Leeds’ Brudenell Social Club on 24 May 2017 and plays Bluedot Festival, Jodrell Bank Observatory, Cheshire on 9 July 2017. In Darkened Rooms is available to pre-order now.