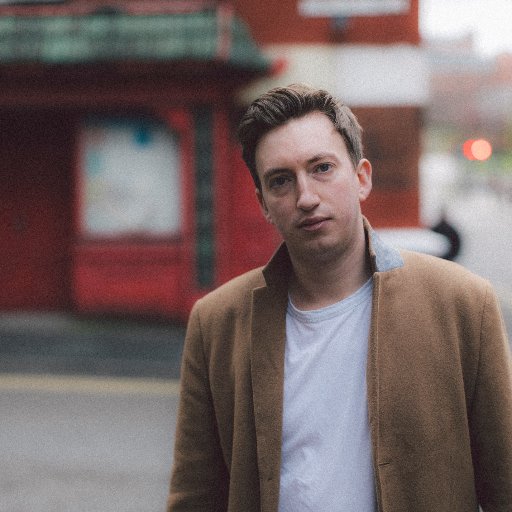 Talented singer/songwriter Sam Airey has been a fixture on the Leeds music scene for years but it is only now he has got round to releasing his debut solo album In Darkened Rooms on May 28. Louder Than War’s Paul Clarke finds out more.

He made his way from Anglesey – an island off the North Wales coast – to West Yorkshire and his assured song-writing has made him a firm favourite with local music fans, but the wait for a full album seemed endless. It’s finally here now, but looking to his roots Airey has taken the Welsh word hiraeth as the album’s touchstone.

“It’s a really difficult word to explain as it is a Welsh language word that has no direct translation into other languages,” explains Airey. “Hiraeth is trying to describe a special kind of sense of homesickness. I’ve lived in Leeds for a number of years now, and I’d have never said I explicitly miss my homeland in any sort of way, but I think in a cathartic sense these are the things that present themselves when I’m writing.

“I absolutely love Leeds, and it’s got a brilliant music scene so I fell in love with the city, but there’s elements of Wales and the landscape I particularly miss.”

Like so many musicians who leave small places and communities it’s taken time and separation for Airey to rediscover the influences of his formative years.

“There’s this idea of maybe being on the periphery of things so you sitting between a couple of different cultures or ideas, so I guess like it’s the notion of identity, and not quite knowing where you are.”

It seems at the moment that Leeds artists feel the need to leave the city to follow their muse to the middle of nowhere. First, it was Post War Glamour Girls decamping to the furthest point of northern Scotland to record their third album, and then Airey heading home to Snowdonia.

“I went to a little cottage by the sea overlooking the mountain range so that was really to finish writing the album, do some demoing and tie up a few loose ends,” recalls Airey. “To do that without distractions was really important, it did shape the sound of the album as there is an expansiveness to the record that was informed by those surroundings.

“I didn’t have any distractions so I was constantly writing or demoing songs, but if I got to a point where I was getting stuck I’d go out for a little walk and go over the ideas to work them out.”

But whilst that break might have opened the creative floodgates it is the vibrancy of the Leeds music scene that has shaped his debut.

“It has been massively influential as I recorded the album in Leeds as I’ve been part of the music scene here for years now. It is a really great scene with a constantly changing environment of great musicians and bands who constantly push you to work as hard as you can to produce your best work.

“It’s shaped me as a musician and what I’m trying to do. I played my first shows at the Brudenell, first on the biil, and dauntingly taking to the stage with just a guitar. Things have snowballed from there and being in Leeds is absolutely crucial to what I have done so far.”

And that brings Airey to another rite of passage for any Leeds act as he will launching In Darkened Rooms at the legendary Brudenell Social Club on Wednesday 24 April repaying his debt to a club that always backs local talent from day one.

“Anyone in Leeds will attest to the fact that national and internationally the Brudenell is such a cherished space and Nathan Clarke who runs it does an absolutely brilliant job. It’s kind of the hub of the Leeds music scene and everything revolves around it, and if ever there was a home venue for me to launch the album it is the Brudenell.”

And the question that Airey must get sick of answering – but needs an answer – why did it so long to make his debut album?

“That’s a good question but we had a number of setbacks with the record. I was in and out of the studio, and I had a couple of personal issues.

“It’s been a long old road and at certain points I worried it wouldn’t see the light of day. Ultimately it has benefited from the length of time, and it stands it in good stead because of that. It’s definitely taken longer that I’d hoped, for sure, but I’ve got another record that’s pretty much written now, so I want to follow this one up as quickly as I can.“

Words by Paul Clarke whose auther profile is here.