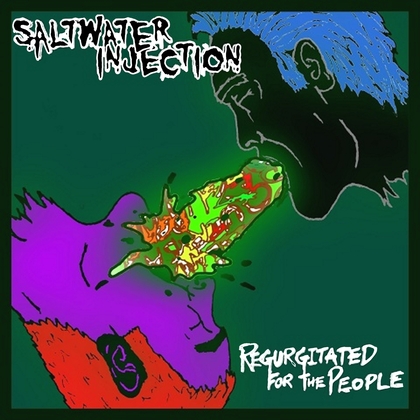 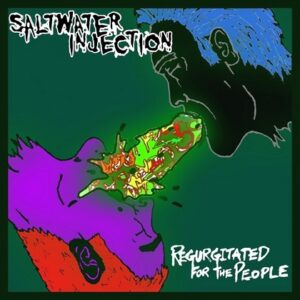 This, the follow up EP to the 2015 the double-A-side single ‘Vinegar//Cuntryfile’ sees these bastard sons of Ellesmere Port journey further into the vortex of head cracking, gut wrenching noise, and cements Liverpool based Antipop Records as the current go to for all things ultra-heavy following on from release from both Super Fast Girlie Show, and Riggots.

Opening with the sort of noise a complaining speaker generates when you plug in the wrong lead, ‘Sexual Adventure’ takes reverb to cavernous levels, building around a compelling riff, submerged flailing vocals are spat at you, ‘Cuntryfile PTII ramps up the anger, the repeated barb “you can’t privatize me” levelled directly at Mr Cameron, a pacey grinding assault on the senses – like staring into a blast furnace.

‘Kill A Boss’ drops down a gear, and is again built around a filthy treated bass, the lyric delivered like a line from Satan himself, its harrowing – the song dragging you down into the darkness, though this only begins to prepare you for ‘Master Bear Baiting’ – a stomach churning morass of rage, thundering drums rivet themselves into your head, as SI spews forth waves of bile spattered retorts.

The final track ‘Unlicensed Beatles Cover’ – I’d challenge McCartney himself to identify which track it is, such is the contempt Saltwater Injection have for their Mop-Top neighbours legacy…and at just 63sec in length you aren’t going to get much time to work it out either; a seething mass of clattering drums, howling feedback and unrestrained naked aggression – answers on a postcard!
Saltwater Injection said of the EP “With the release of our first E.P we are officially laying out our plans for the destruction of modern society as we know it. We hope ‘Regurgitated…’ will bring on a new age of peace in our times, but so long as it destroys some eardrums we’re happy. In layman’s terms, its four of the noisiest most aggressive songs we could squeeze from our orifice’s with one cover (if you can call it that) thrown in for good measure. Yours sincerely Paul Joseph and Joseph Paul.”