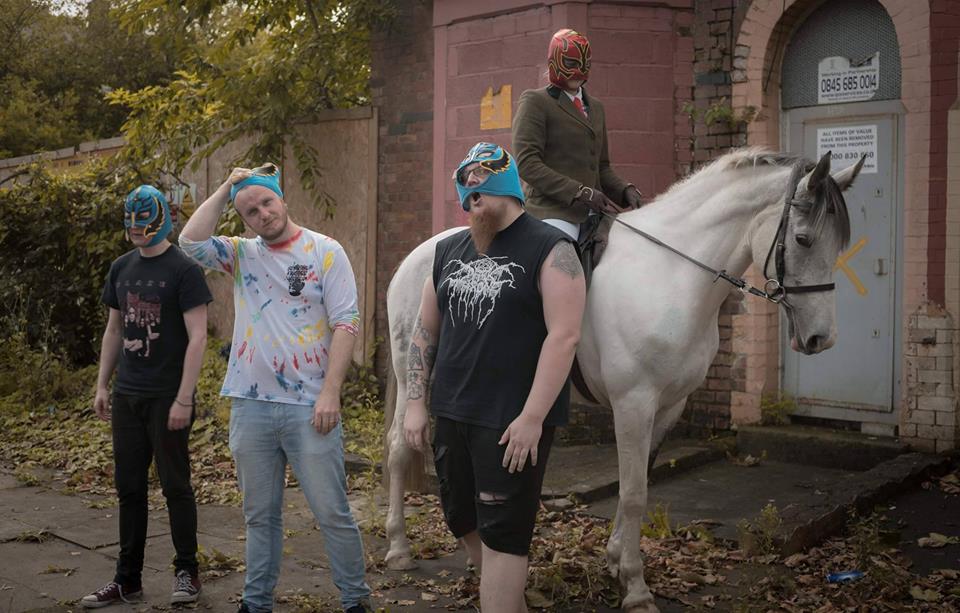 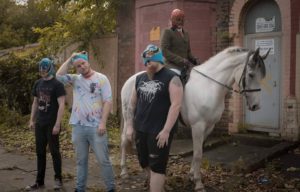 Salt The Snail bring it on hard and heavy with their new single Spanish Announce Table.

At the classier end of loud, Spanish Announce Table from Salt The Snail may be riff-heavy but it is far from formulaic. There is a style to both the way the metal and the shouted vocals hit the listener. The video features the Widnes band in Wrestle Mania mode with a gang of other assorted miscreants creating mayhem in some suspiciously familiar boarded up terraced streets. A love of wrestling is synonymous with the bands persona. The masks may hold a little menace but the video is more mosh pit than mafia hit; a fitting accompaniment to the song.

Spanish Announce Table is the second single from Salt The Snail, who only formed last year, and is an excellent offering from such a new outfit. It hits just the right spot, just heavy enough to send the blood racing, but musically sophisticated enough to satisfy more than just the out-and-out die-hard metal fans. The title, which I had to look up, is a WWE trope. Apparently, the wrestlers end up smashing into the said table with alarming regularity, making being a Spanish announcer a high risk gig. The name may play purely to the fans but the song is excellent whether you know what it means or not. I was kind of sorry I looked it up, as it gave the whole thing a surreal air that fitted quite well with the vocal delivery and the excellent heavy, post-punk, post-metal feel. Slick without being in any way boring.

The band are having a release party at The Jacaranda in Liverpool on the second of February as part of Independent Venue Week. If you fancy a bit of Snailmania, get to it. They have some friends along too, so it looks like being a special kind of gig. Mexican wrestler masks optional.

Find out more about Salt The Snail on Facebook.