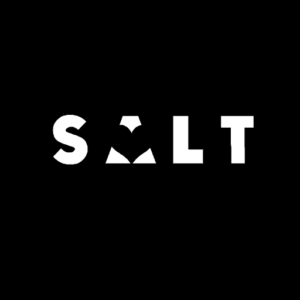 Don’t look at me that way

High Wycombe’s SALT came together in 2014. The five piece band quickly accumulated an avid fan-base to pack out sweaty gigs in their home town and beyond. As well as having recorded live sessions for BBC radio, SALT have enjoyed prime billing at a number of summer festivals and even cut tracks at Abbey Road Studios after emerging triumphant from an online competition.

Don’t look at me that way is their latest release and boy is it a belter. Complete with a high concept, visually stunning video that came from the minds of the band themselves, this really is punching the air at a gig tune. Starting off quite quietly, the track really kicks in with machine gun like drums and then the pained, yet soulful vocals of lead singer Frankie Lord (rock name of the week just there). And when the strained chorus of “I remember when you used to say, don’t look at me that way” kicks in, you really know you are on to something special with this band.

Half way through the layers and layers of distorted, yet melodic guitars come in and its then you get the Kings of Leon/Pearl Jam sounds that they have previously been compared to. But don’t get me wrong. SALT are no way trying to emulate anyone. They are crafting their own anthemic alt rock existence, and with this insanely catchy tune as a calling card, they may just be following in the footsteps of the afore mentioned stadium fillers. Really nice grass roots stuff, but with a big sound and an even bigger heart.