Home News Salford Music Festival is on this week! 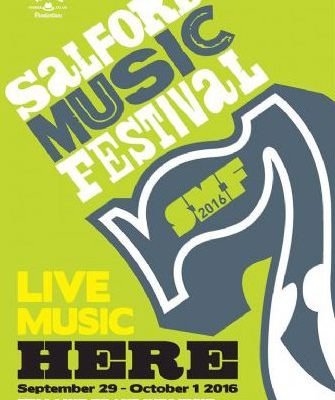 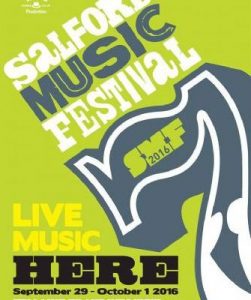 For the full line-up see www.salfordmusicfestival.co.uk

The 7th Salford Music Festival returns this week with over six dozen bands and DJs playing free in ten venues all over the city and its all down to the music maestro and string puller Ed Blaney who tells us more about this fantastic event.

“Salford as you know means the world to me and when it comes to having a real passion for live music, we have always been at the front, SMF represents pretty much the real side of Salford and the music scene, we certainly need it.

“One of the main reasons I started it was to make sure not just local bands get a decent gig and exposure but the city as a whole has a voice, a peoples voice via music, I think since 2010 the music scene in Salford has clearly grown and that has to be a great thing for us all.

“Yes there will be less venues this year, but to be honest it was too big in the last few years, It needed a cull as it were, Less is definitely more I reckon.

“7 years and a lot of real hard work goes into it. We would welcome any last minute donations and support, the story of Jesus turning the water into wine springs to mine, you have to have faith and believe in miracles, dreams are one thing, reality is another.

“Anyone wishing to help out ( we could do with it tbh ) should email info@salfordmusicfestival.co.uk Lighting, anything at all is welcome”

With so many new bands playing we asked Ed who we should be keeping an eye on for the future.

“Getting Cabbage on is a great scoop, a band on the rise and a real bonus for very other band, act , artist taking part, there are so many great new exciting bands playing this year, I personally chose them, the best thing to do is go on the website, have a good look and have a listen to each one, whatever takes your fancy, go with that & follow your instinct, the variety is huge.

“We have a special LGBT club night curated by Husk at The Crescent on Sat following local hero’s Death To The Strange headline slot from 11pm -2am, also on Ting n Ting hosting a dance club night at Pacifica in Eccles 9pm – 2am on Friday, DJs & MCs.

“SMF is all about giving new artists & people a chance to air their wares, local label owner Bob Osbourne is doing a couple of nights too, German Shepard records presents, a cracking line up he has in store. Molly Corcoran, a fantastic young Salford talent, I pretty much recommend everyone who is playing.

Maybe in the future it will all be in one place, being spoilt for choice is not a bad thing, have to also say for real rock music lovers, check out Wangies. Incredible stuff going on there. From Chapel street via Eccles, Patricroft & throughout Monton, It’s all going on”.

Our final question for Ed was is there still a future for the Salford Music Festival, not surprisingly, Ed came out with all guns blazing!

“I think the future of SMF is here to stay, after 7 years of ‘ fighting ‘ blood sweat & beers, this year it has turned a very important corner, we have a new Mayor that believes in what I am and SMF is about.

“That is very important, however as ever we make it happen one way or another. My kids are waiting to take over that’s for sure and as you know I have five, , so it is here to stay for sure.

“I love Salford and always will do what i can to keep it healthy in terms of live music”.

Hats off to Ed for carrying on with his passion for live music in Salford, so no excuses for getting along to the venues listed below and catch some top notch bands.