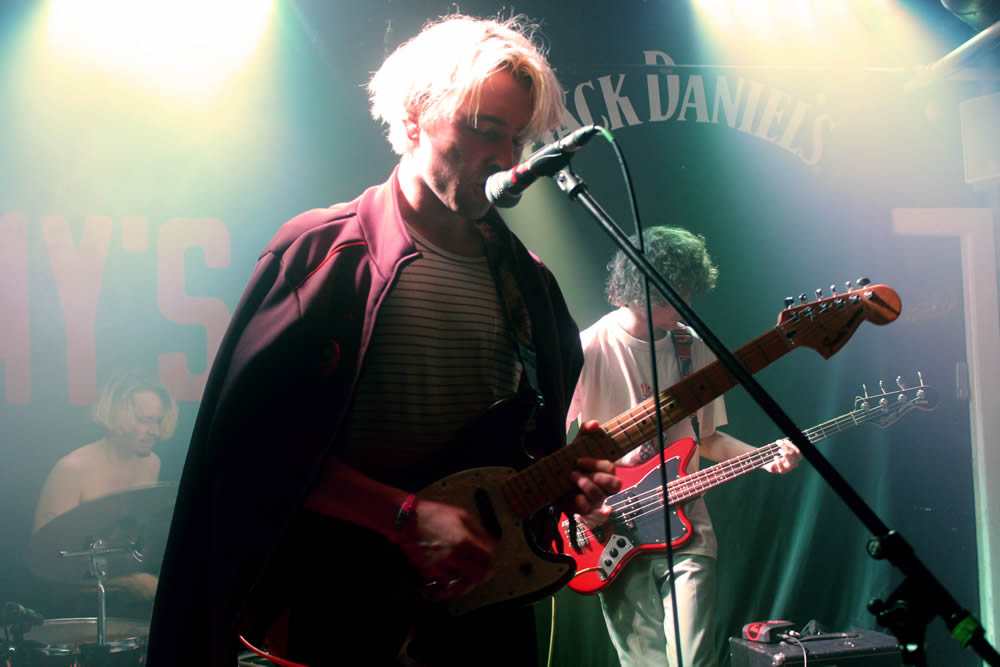 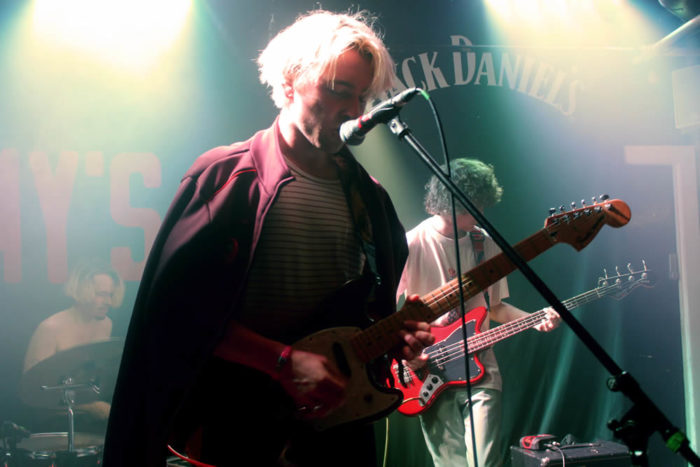 If the Sherlocks wrote ‘The Black Parade’, it would sound a lot like tonight’s opening band. With identical central parting haircuts and worryingly skinny jeans, Subjects are the average secondary-school band who play some top Arctic Monkey’s covers. This is emphasised by mums and dads down early to see their boys’ set. The youth of Subjects can vouch for a lot of the work which needs to be done, however, they are tight and confident on stage.

Sour Punch are an improvement. Where Subjects were the sound of the 6th form, Sour Punch are very much a plain uni band. They are better musicians and have more of a presence on stage, however, the Jimmy’s stage simply isn’t for them. Sour Punch would probably flourish more at the likes of Rebellion Bar or Grand Central.

The hattrick of S’s featured on tonight’s bill is completed with Saintts, ambitiously opening their set broadcasting a ‘Yorkshire’ chant over the PA. Only 3 minutes into their headline set, Saintt’s show their charisma, as energy bounces off the intense three-piece. ‘Meet At Tunnels’ is commanded by Jack Bryne, as his never-overdriven bass dominates Jimmys’ entirely. Alex Rave pours his ego and heart into each song, his spoken word lyricism smashing together clear influences from Mike Skinner and Alex Turner, the latter mainly being due to the accent.

Recent single Call Me Out washes over the limited yet engaged crowd, recreating the studio recording inch perfect. The band then momentarily switch to their alter-egos of Sainttsbury’s. Clad in the classic Rockstar attire of a Sainsbury’s fleece, Rave delivers Two Little Brighton Gems, which ticks the box of the modern indie-pop riff. At first glance the riff is cliché, yet the chorus flips expectations upside down completely, adding another aggressive yet inviting anthem to Saintt’s catalogue. ‘I wanna smell you for this last one’, announces Rave, as the crowd take steps further into the unknown. A three man mosh is teased, as an attempted crowd surf brings the chaos to an end.

The constant feeling of each member of Saintts having no idea what the other two are playing seems recurrent. Yet this somehow feeds into the orchestrated disaster which they create so well. You’re left gagging for more but have no idea why. Yet in reflection, each song breaks down like Lego, and is written immaculately, leaving very little to chance. If you happen to stumble across the opportunity to see them, you would be a fool to waste it.

Photo by Jessica Holt, Words by Will Metcalfe who writes for Louder Than War and this is his author page.