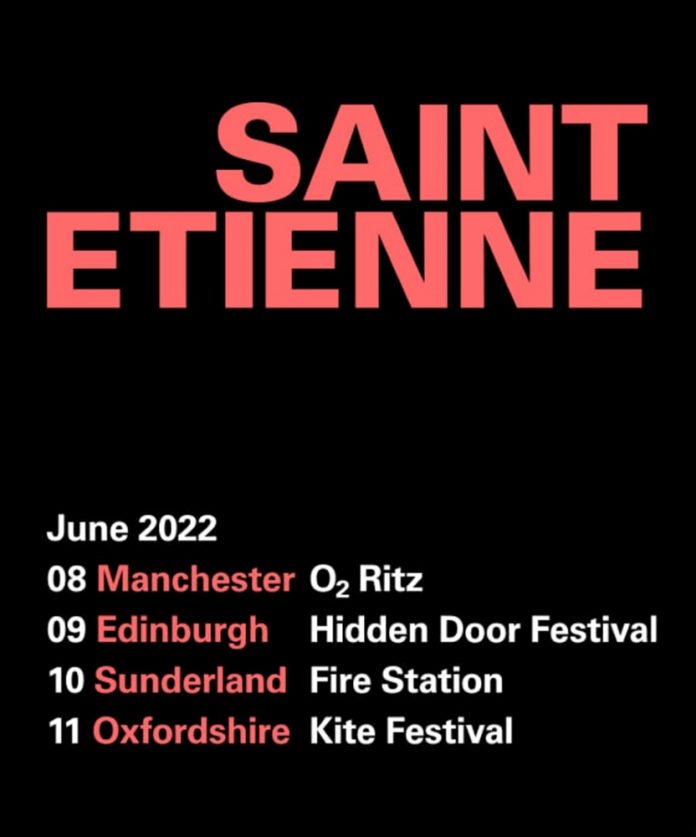 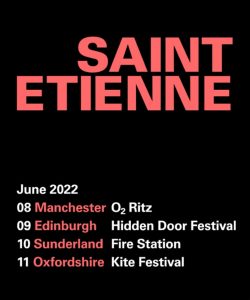 The gig at Manchester O2 Ritz is one of the four shows by the Brit-pop legends Saint Etienne, happening this summer.

Saint Etienne have been known for their craft to create bewitching and vibrant music textures. Their recent album I’ve Been Trying To Tell You combines cinematic ambient fragments, hypnotising krautrock patterns and electronic music which altogether create a unique sound.

Formed in Croydon in 1990 by music journalist Bob Stanley with childhood friend Pete Wiggs, and soon joined by singer Sarah Cracknell, Saint Etienne arose within the context of the indie-dance movement of that era but created a unique sound which – albeit accidentally – paved the way for what would later become known as Britpop.

Saint Etienne will play at Manchester O2 Ritz on 8 June.

The tickets for the show are available on Gigs and Tours.