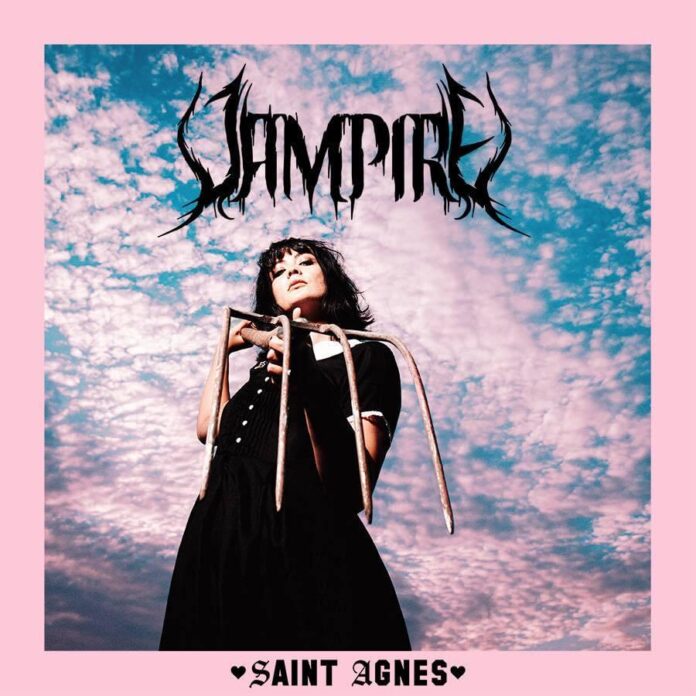 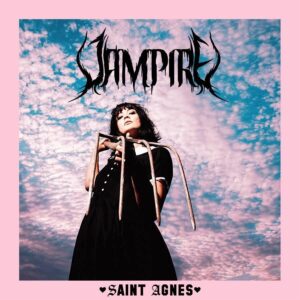 Out now on  Death Or Glory Gang Records (via InGrooves.)

East London band Saint Agnes should have been spending the past year on tour. Instead, they’ve been recording cover versions and a ferocious new mini-album.

When rock bands appear to be getting everything right, life can never get better for some people. Fists in the air, abandoned responsibilities and a journey away from the humdrum of the real world can be a holiday that not even pandemic can keep away. This mini-album is a glorious ear cleanser full of angry raucous explosive music and its release is surely a last call for those that like to stand in rooms and be able to see the whites of the eyes of the performers they have paid good money to see. The tour this London four-piece take on at the end of the year could be the beginning of the end of these intimate events for Saint Agnes, who we imagine in the not too distant future may be responsible for causing ticket scrambles and high billings at our favourite festivals.

This release is the sound of a band who were already in full flight before events such as gigs became distant memories. The East London quartet have been thrashing out a few cover versions during the past year instead of being stuck in tour vans as was originally planned and once that died down they began constructing some new original tunes that sit alongside two of the cover versions that would not have been road-tested in front of a paying crowd like (we presume) previous tunes the band have to date managed to recreate in the past.

Cover versions of Grinderman’s No Pussy Blues, and Nine Inch Nails Wish are included on this EP, and physical copies include weird experimental Psalms that cements all this together. It all blends in perfectly as another release that lovers of the bands previous releases will warm to. There are loud guitars, punch in the chest vocals and a big riotous celebratory sound that those who trawl through this genre listening to the huge amount of acts that don’t ever seem to steer too far away from the textbook cliches of heavy rock fully deserve.

This is an album that seems to sound bigger and more thrilling on every listen. It’s more Atari Teenage Riot than Metallica and another stepping stone for those ready to abandon themselves in sweaty beer splashed mosh pits once the doors into venues open again. Opening track Repent is an explosive bass-driven grinding fist in the air riotous introduction followed by Vampire, a song we’ll be hearing for years, possibly one of the bands highlights to date.

This World Aint Big Enough with its feedback and piano is as powerful as anything you’re likely to hear all year. It’s a mini-album essential for anyone wanting to shake those isolation cobwebs away, a timely release for those ready to let go and lose themselves in places we’ve been missing and with friends we’ve been missing. Catch the band this year and see you down the front. Tunes like these are made to listen to loud, we have a band that are still on fire and this is another more than welcome piece of the chaotic jigsaw the band will no doubt be building on for the next few years.

Grab it and once those windows are open again blast it loud across your neighbourhood. They’ll thank you for it.