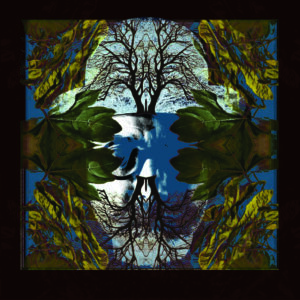 The prolific and enigmatic SAD MAN returns with another album of off-kilter electronic pearls. It’s unconventional and, in parts, discordant, but there’s never a dull moment. Louder Than War’s Gordon Rutherford reviews.

Throwback Summer is almost upon us. There will be no jetting off to Mediterranean beaches or cities of bling this year. No siree. After decades of neglect, Summer ’21 will be the one where we return nostalgically to the Great British seaside resort. It’s all about kiss-me-quick hats and cavity-inducing sticks of rock; reclining on deckchairs at the end of the pier with knotted handkerchiefs protecting our thinning pates and soaking up the inimitable sound of a man playing a big organ (saucy postcard humour, missus?). That’s the picture painted by the seventh track on SAD MAN’s latest album, The Man From S.A.D. Giuoco Piano (which literally translates as “I play slowly”) opens with that end-of-the-pier organ, instantly catapulting us back to hazy childhood memories of Blackpool, Brighton and Bognor. For a very fleeting moment, it is utterly blissful, then it goes nuts. The pace accelerates and the sound intensifies until it reaches a point of downright zaniness. The poor organist is playing to his own time signature whilst the beats are doing something else entirely.

Giuoco Piano is anything but conventional and, in that sense, it perfectly exemplifies this album. Of course, it does. There is very little that is predictable or straightforward about the work of SAD MAN. Here’s a track which translates as “I play slowly”, where he does anything but. Furthermore, the notes in the song do not appear to be following in any kind of logical sequence. The organist is on acid. The music of SAD MAN was recently described by Electronic Sound Magazine as “wonky jazz bangers”. And it is.

If there were Olympic gold medals for being musically prolific, the enigmatic SAD MAN would be Michael Phelps. Sixteen – SIXTEEN – albums in just under five years. He makes the post-Warners version of Prince look lazy. I’ve referred to him as enigmatic (it seems a common description), but I’m now going to pull the mask away a little and talk about the person. Because that might explain why he makes music like this. The guy behind the SAD MAN moniker is producer and composer Andrew Spackman. I don’t know how he does it, but he seems to operate on a different temporal dimension from the rest of us mere mortals. To begin, we have the aforementioned sixteen albums and, musically speaking, he has also had several pieces of work commissioned for numerous cultural events all over the world. On top of that, he is an outstanding graphic designer and illustrator. Oh, and he has a day job as Senior Lecturer in Illustration at Coventry University. Plus family. I can only conclude that there are thirty-four hours in Andrew Spackman’s day. There have to be points where things seem to be unravelling, spinning out of control. On the outside, it may seem chaotic, but, in reality, Spackman is always in control. Coordinated chaos.

Let’s return to the frenzy of Giuoco Piano. As I referred to earlier, that skew-whiff, off-kilter vibe is not exclusive to this particular track. In fact, it is virtually a trademark to The Man From S.A.D. It runs through the album just like the words run right through a stick of Blackpool rock. We have the anarchic conflict of album opener, The Vulcan; the crazy chords of The Shark that play tricks with your mind; the random techno of Project Strigas, a track that feels like you are on the waltzers, with so much going on that I’m not sure the human brain can adequately process it all.

Then we have the outright discord of Double. This is a tune which is built upon a series of electronic pulses that resemble a game of pong recorded at quadruple speed wrangling against a really soulful Hammond organ laying down a funky melody. It’s like the battle for Helm’s Deep as the armies of sound crash into one another. Spoiler alert: the console wins.

It’s not all chaos. Interspersed are moments of clarity, where things are, relatively speaking, conventional. Take the stunning Quadripartie, for example. Here’s a track that will induce you to get off your ass and hit the dance floor hard. A scuzzy synth combines with a rippling hi-hat to create something infectious. Crystalline droplets enter the fray, overlaying another delicious texture. However, SAD MAN cannot resist and as the tune enters the final lap, it breaks down into discordance. Plus ça change.

And then we have the album’s highlight. Finny Foot is probably the most straightforward track on the album. It is also quite sublime, with an opening melody to die for. If I wanted to show the world what a superb composer Andrew Spackman is, I’d play this. As the track unfolds, other electronic instruments join the fray, but unlike many of the other tracks, they do not seek to derail what’s currently going on. Instead, they complement and augment and develop the track further. For an additional treat, the accompanying video ladles bucketloads of exuberance on top.

The Man From S.A.D. is not a perfect album. Most of the time it works brilliantly, but not always. It feels a little overlong to me and the longest track, The Green Opal, didn’t do quite enough in its (almost) seven and a half minutes to augment the collection. Notwithstanding that, this is a big album with a big sound. It never hides. Yes, it’s often disjointed (deliberately so) but it delights and engages and keeps you thinking. And amidst the madness, it contains many wonderful melodic moments.

SAD MAN is a risk-taker, he embraces the avant-garde and always endeavours to produce something interesting that will make the listener sit up and pay attention. The Man From S.A.D. is the perfect example of that. Never dull nor predictable, it absolutely pushes the boundaries. Too many artists today play it safe and, as a consequence, everything becomes vanilla. As a genre, electronic music suffers greatly in that regard. Differentiation is at a premium. Therefore, we should be grateful for artists like SAD MAN. The world needs more like him because he is to electronic music what Captain Beefheart was to rock.

You can find SAD MAN’s Bandcamp page here. He is also on Twitter.