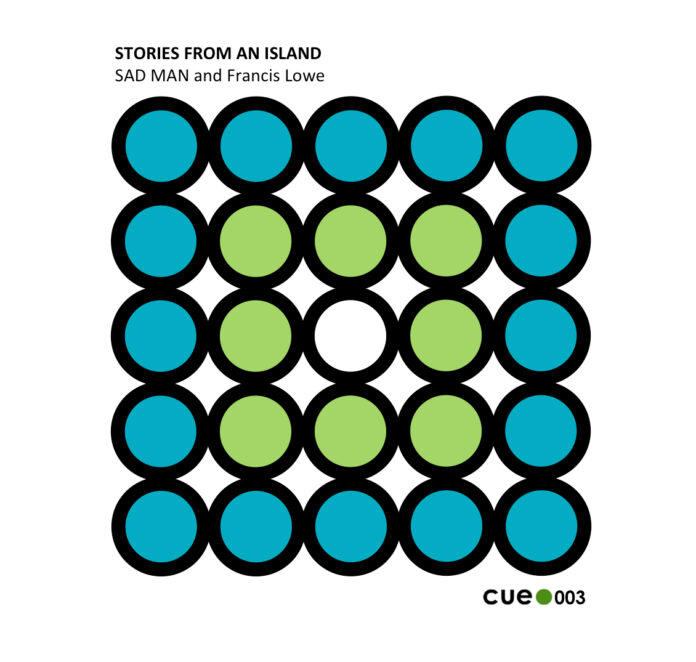 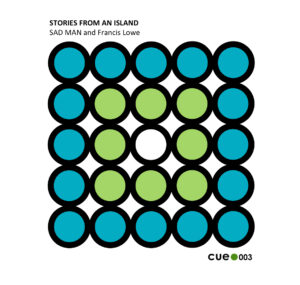 Stories From An Island

Step aside, Sir Noddy Holder. Because Stories From An Island, an album comprising six eerie tales narrated over a dark ambient soundtrack, is the perfect Christmas listen for 2020. Gordon Rutherford reviews for Louder Than War.

Ah, Christmas. It’s a time for gathering around the hearth, the roaring fire crackling and spitting and emanating warmth. It’s a time for hot mulled wine and nibbles laced with cinnamon. Above all else, it’s a time for stories that make your spine tingle.

Once upon a time (not so long ago), on consecutive nights leading up to Christmas, BBC2 would run a series of classic ghost stories, often featuring M.R. James’s chilling Whistle And I’ll Come To You and the downright creepy Lost Hearts, featuring that spooky undead kid and his hurdy-gurdy. And, of course, there was Dickens’s masterpiece, The Signalman, starring Denholm Elliott. “Hallooo down there…”

Of course, this piece is not actually a review of the work of M.R. James, although if it were I can thoroughly recommend both the collected works in book form (ideal for bedtime) and the box set for family fun. No, this is an album review, but it’s an album that has many parallels with the sovereign of spookiness.

Stories From An Island is the third release from new label, Cue Dot. The label is rooted in the cinematic (cue dots being marks placed on certain frames towards the end of a reel to instruct the projectionist to switch from one projector to another), so it is fitting that this particular release has such a visual, storytelling vibe.

The album is the creation of writer, actor, director and visual artist, Francis Lowe in collaboration with producer and composer SAD MAN (Andrew Spackman). Their story begins just over a year ago, when Lowe was driving home through the Autumn gloaming. It was a familiar road yet as the mist descended it felt alien. He suddenly felt completely disorientated. And in that momentary sense of bewilderment, he had an idea for a story. Stories From An Island was born.

Lowe called Spackman and asked if he would be interested in putting music to the words that were rapidly constituting and colliding within his head. The finished article is quite wonderful. Of course, narratives composed around eerie occurrences on a remote island are nothing new. J. Robert Lennon’s brilliant short story, The Station, bears similarity to Lowe’s vision. And, of course, there are the heavy hitters of the spooky island genre – Shutter Island and Lost. But in putting the stories to music, SAD MAN and Lowe have created something quite different with its own unique sense of drama.

The six tales on Stories From An Island are all distinct and standalone, but with subtle connections and each one revealing another layer of this mysterious island where things just don’t seem quite right. Lowe’s backstory gives us a hint to where this may have come from. His formative years were spent living in a caravan located at the foot of Ireland’s mystical Wicklow mountains, growing up immersed in the traditions of Irish storytelling. Whilst he has moved on from those humble beginnings, having landed in the UK via a multi-faceted career in film and TV in Hollywood, storytelling remains in his heart. He brings all of his experience to bear in this collection, with that perfect sense of tone, timing and choice of phrase to keep you hooked. His gentle Irish burr narrates the stories soothingly. You hang on every sentence as that voice, as smooth as the finest malt whisky (or should that be whiskey) draws you in and hypnotises you. I’m reminded very much of Cillian Murphy’s radio broadcasting voice. But beware, there is an undercurrent more akin to Murphy’s most notorious screen persona.

Francis Lowe’s voice is complemented wonderfully, for the most part, by SAD MAN’s soundtrack. It’s all dark ambient and electronic noise, creating a suitably sinister canvas for Lowe to paint his stories on to. I loved the way the music veered from discordant horror to dizzying dancefloor in a heartbeat. The ability of SAD MAN to tap into the story and build soundscapes around the milieu is quite extraordinary. It may seem a strange complement, but upon completing the first listen of this album, I could hardly recollect a single note of the music. It takes incredible technical ability to create such a synergistic interaction of words and music in the way that SAD MAN has. His composition is, almost, entirely supportive of the words.

However, that does lead me to my one small criticism of the album. In parts, SAD MAN’s music completely takes over, making Lowe’s dialogue difficult to pick up. This is particularly so in parts of the track, Teeth. Clearly, in conventional song-writing, it’s not necessarily the end of the world if the vocal gets buried in the mix at times. But on a spoken word body of work, it doesn’t really make sense. The words and the story are so critical to Stories From An Island that it’s a shame for them to be veiled in one or two parts.

It’s an awkward album to pick out specific tracks, as they intertwine so effectively as one piece. There obviously isn’t a hit single lurking in here. But if I had to signpost two tracks from Stories From An Island, I would highlight the engrossing Chance and the surreal Lammy. The opening bars of Chance are the musical highlight of the album. It’s a simple piano part accompanying Lowe’s narrative that gives way to a throbbing dance beat. It is quite sublime. As well as the musical brilliance, Chance was my own personal favourite of all the stories, as a newly employed hotel maid hunts for, and successfully discovers, the long lost first tooth of the owner’s dear departed son.

Lammy is the engrossing story of a mysterious reclusive lady of seeming ill-health who is perceived to be beneficent to the entire community. In reality she is silently, invisibly, operating as the architect of mischief and organised crime across the island. It’s a cracking story, ingeniously told, that has subtle humour in its marvellous twist. It is conveyed over SAD MAN’s soundtrack which begins with discordant white noise before seamlessly morphing into a swirling cornucopia of electronic magnificence.

Stories From An Island is not perfect. And I’m not sure it’s the type of album to take residence on your turntable (or CD player) for months on end. Then again, you could say the same for Nils Frahm or Lizzo. It’s music for a specific point in time or certain mood. But, just like those other artists, it does have its moments in your life and it is undoubtedly one of the most creative and unique collections that I have heard this year.

So, with the nights getting longer and Christmas just around the corner, it’s time to get prepared. Just as you may do with the classic works of M.R. James, get yourself comfy in your favourite armchair and pour yourself a warming beverage. Illuminate the room only with the lights from the Christmas tree. Press play and begin to absorb yourself in Stories From An Island. Close your eyes, listen carefully and allow yourself to be transported. Because Christmas is all about stories.

Stories From An Island is available (digital or CD) on Bandcamp.