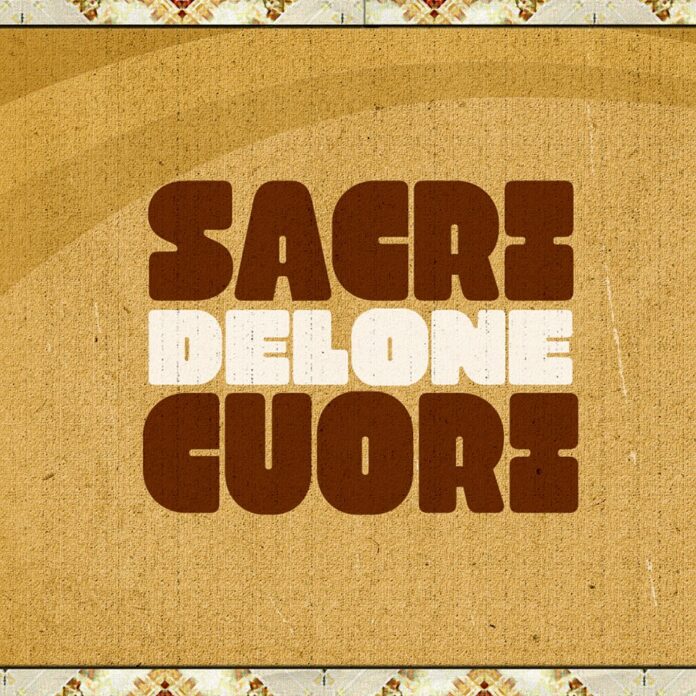 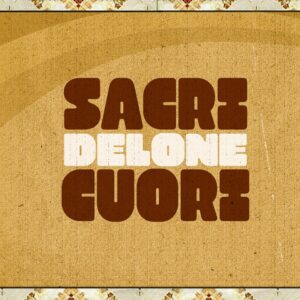 On first listen, Delone sounds like a compilation of all those semi-classic spaghetti western themes that sound familiar even though they’re being heard for the very first time. Familiarity is a huge strength and helps break down what may otherwise sound like a haphazard grouping of incidental archive tracks.

In reality, the new album from Sacri Cuori is actually a potential masterpiece. Originally from Romagna the band also feature guest appearances from members of Sonic Youth, the Tom Waits band and Mexican favourites Sonido Gallo Negro, and whilst some of the music holds itself in traditional dance grooves (take La Marabina or the Cumbia inspired Bendigo – which sometimes sound a little too dated and throwaway for a modern audience), there are also rather incredible tracks like Delone itself.

The title track is nothing short of superb. With Carla Lippis guesting on lead vocals, the Italian Diva that the band found in Australia, the track is a monster that sounds like a classic from the 60s catalogue of maybe a Dusty Springfield or similar. Lippis has an incredible voice ranging from sensual mumble to soaring magnificence, it brings four minutes of classic pop to a mostly instrumental album.

It’s true, one track does not an album make, but in those glorious minutes the bar for the album is well and truly set high. Even the following rack Billy Strange which has its roots set in a trait psychedelic channel with basic folk elements sounds far better than it does in isolation.

Let’s not criticise the remainder of the album though, as sound bytes and spoken word add a sense of fun to the proceedings, in fact the closing seconds of the Delone promo video (please watch it and listen) maybe hint that the band are slightly off-kilter with normality.

Portami Via is haunting and plods along lovingly and Serge is a tribute to French provocateur Gainsbourg as it seductively weaves a sexual theme and feel accompanied by some slow funk guitar sounds and Morricone familiar whistles. El Comisario is almost comical sounding and maybe wouldn’t be out of place on a children TV show.

Delone maybe isn’t perfect or a classic, but it’s certainly well worth a listen and to be given the praise it needs to be for being both exciting and refreshing.