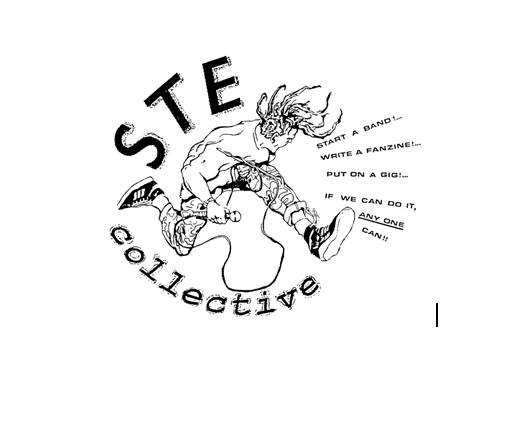 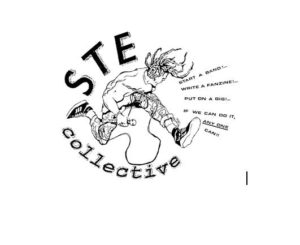 32 years on from its inception the South Coast Punk and Hardcore mainstays the S.T.E Collective (Southampton, Totton, Eastleigh) are putting on a great line-up of UK and European/Scandanavian bands for what looks like a fantastic all-dayer at the beginning of February.

The first S.T.E. Collective gig in Southampton was on 29th June 1988 (CULTURE SHOCK/HATE THAT SMILE/CORPORATE GRAVE at the West Indian Club). Over the years we have put on hundreds of punk/hardcore gigs in Southampton including GREEN DAY, AVAIL, NOFX, JAWBREAKER, BORN AGAINST, MILKY WIMPSHAKE, HUGGY BEAR & many more.

The full background to the STE can be found here (although the videos and pics have dropped off) and on this FB page where a full history, in poster/flyer form is displayed.

It’s been a while since the STE was ‘active’, they just needed a reason to put on another gig… and the half-century of power-behind the-throne (STE original Rich Levene’s partner) Geraldine Lawrence and her son Rhys’ birthdays seemed perfect.

Here is what they have to say about each of the acts playing – with some videos I’ve found on Youtube to convince anyone within travelling distance that this is gonna be a gig well worth going to.  Melodic fast hardcore punk is at the heart but there is plenty of musical variety on offer. If you can’t go its a great playlist of new and underground music.   (Ged)

We are super excited and honoured to announce that we are bringing three groups of our much loved European friends over to headline this momentous event!

DANGER!MAN – returning from Oslo, Norway you will remember they were the highlight of Rich’s 50th gig in 2015!

TARGET OF DEMAND – almost 30 years since their famous Joiners gig, and still a firm favourite in our house, from Linz, Austria!

LUCKY MALICE – Riot Grrrl punk from Norway making a UK debut these Grrrls will make you sit up and listen with their fast melodic songs!

YOU’RE SMILING NOW BUT WE’LL ALL TURN INTO DEMONS – South Coast veterans offering heavy-riffed psyche to trip out to!

C-30s – Dorset rock ‘n’ roll punk with excellent heritage, these folks will get you boogieing!

60TH PARALLEL – South Coast psych, garage punk… guaranteed to get your groove on!

We are looking forward to sharing what will be fantastic day with all of you. Make sure you put this date firmly in your diaries!   As there are three overseas bands it will be £12.   Doors at 15:00 first band at 15:30!

For Attn of LONDON punks!

Three of the above bands play the Queens Head Pub, Brixton the day before FRI  31st Jan  DANGER!MAN, LUCKY MALICE and DEALING WITH DAMAGE (plus PIG) promoted by the South London Punk Collective.  Event Page.