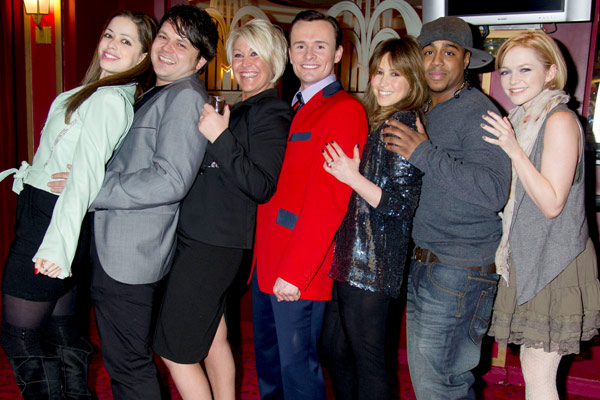 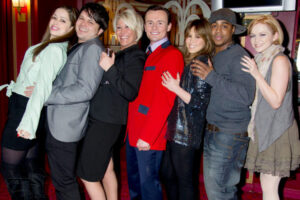 Probably the smartest thing S Club 7 ever did was break up.

After crafting four peerless studio albums and pop perfection in Don’t Stop Movin and Reach there were few places left to artistically explore so to avoid repainting the Cistine Chapel – metaphorically speaking – the band called a halt to proceedings in 2003.

Now though they’re back, just another band besmirching their legacy for a cashcow reunion, just another bunch of middle-aged musicians placing a pair of cheap sunglasses on their unique vision.

If the Roses and Pistols reforming wasn’t conflicting enough now there’s this and you have to wonder where it will all end as tax bills and the lure of filthy lucre continue to tempt those who defined our past and present selves back onto the stage.

Ostensibly the reason for the reconciliation is a one-off Children In Need special and while that is entirely laudable we all know where it leads. In the weeks to come Hannah, Jo, Rachel, that other one, and the boys will claim they’ve missed the magic and a nationwide tour will be announced followed inevitably by a fifth lp.

This Friday in the BBC studio the band promise ‘the mega S Club party of all time’ and while there certainly ain’t no party like a S Club party am I the only one to feel cheated?

The septet were formed in 1998 by their genius svengali Simon Fuller – the latterday Malcolm McLaren – and initially made their mark in television with the acclaimed Miami 7 series. Featuring the gang playing exaggerated versions of themselves it centred on S Club’s attempts to seek fame in the US and, due to its knockabout nature, brought unfavourable comparisons with The Monkees.

The series spawned their eponymous first album, a summer-drenched slice of brilliance that established them as genuine contenders to the pop throne.

It was a sugar-fuelled collection bolstered on ambition that covered a broad scope of themes from unrequited love to spending the whole of Friday night ‘groovin’. Yet even at this fledgling stage of their development the clues were there to the band’s desire to taste a more r&b flavour with Hannah sporting dreads in the Two In A Million video.

Any bubblegum sensibilities were duly ditched for the majestic 7, their follow-up record that bestrode genres with the confidence only a Brit Award for Best Breakthrough Act brings. With worlds to conquer S Club stretched their musical wings incorporating a vast array of influences into their output and even finding time for some existentialist musings on The Colour Of Blue.

“The colour of blue reminds me of you

Many purists insist the following year’s Sunshine marked a zenith of the band’s creative powers and while it’s true they stayed ahead of the curve with the ditching of their 90s sound for a disco vibe things were swiftly unravelling off stage.

Jon’s was still looking for romance and Paul of course was still getting down on the floor. And Jo? Well she’s always got the flow. But a drugs bust for smoking cannabis for all three of the boys in 2001 hinted at tension in the S Club camp. Citing ‘creative differences’ Paul Cattermole left soon after to form an ill-considered nu metal collective.

Dropping the 7 from their name the newly termed S Club brought home Seeing Double, a final flourish of dance wonderment, but without the avant-garde input from Paul there was ultimately nowhere left to go.

This Friday evening I will be watching their return with a mixture of anticipation and dread. Can Jo still sing the soulful bits soulfully? Is Rachel still fit? Has Jon retained that cheeky little chipmonk smile?

No matter because should the unimaginable occur – that they resemble seven thirty-somethings huffing and puffing their way through a mediocre medley – their legacy will remain untainted. It is an oeuvre of excellence that spanned half a decade, a pop paradise that will forever be unparalleled in quality and integrity.

To use a mash-up of titles that Paul would no doubt approve of, they reached up for the stars and brought them all back to us.