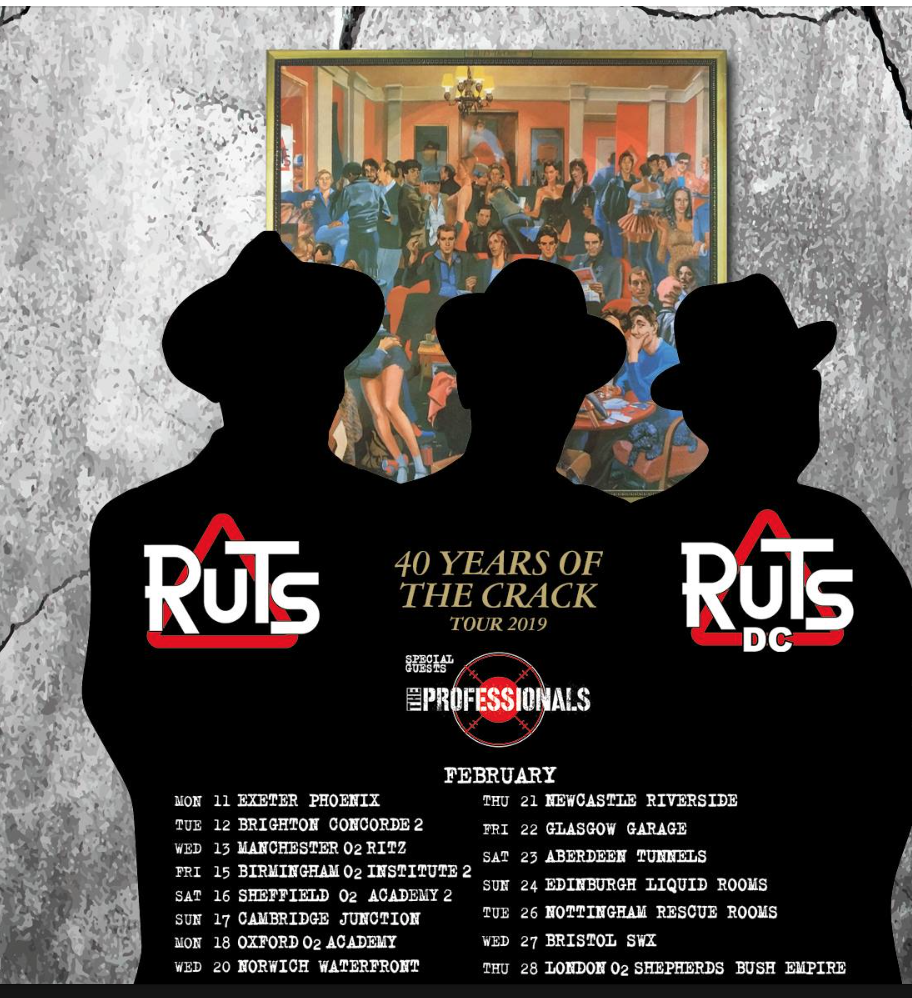 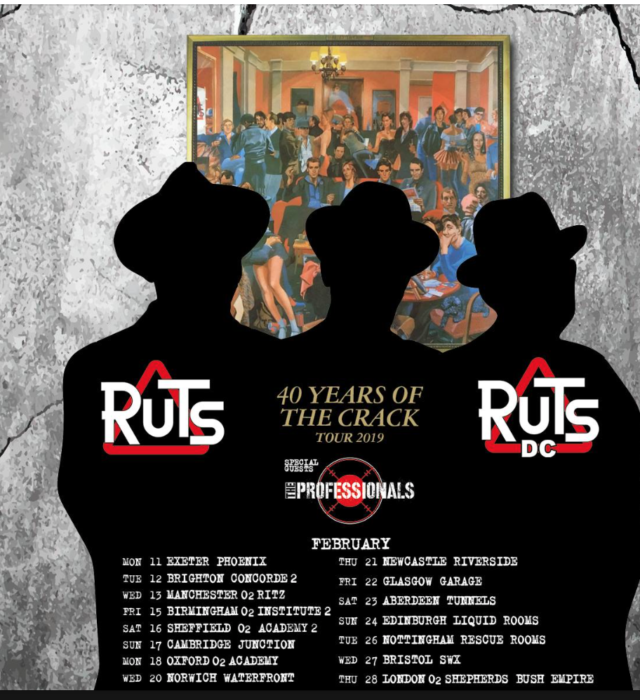 Ruts DC have finally succumbed to mass pressure and announced a tour in celebration of the classic Ruts album, The Crack. The album was one of the defining albums of the punk period and remains one of the classic British rock records with it its sense of dynamics and power allied to a deep understanding of the space and rhythm off dub and even funk.

“The Crack. I cannot explain to you the impact that this LP had. It is simply one of the best albums of it’s time. A true treasure that does not age but only impresses the more you play it.” Henry Rollins

A complex and engaging masterpiece that is also raw and thrilling, it saw the Ruts set up as one of the defining bands of the eighties before the tragic death of lead singer Malcolm Owen. Reformed recently, Ruts DC, have been thrilling audiences by their deeper explorations of dub and punk and this will be a great tour.

“It’s always been important to us to be a current and forward-thinking band, releasing and playing new material whilst being proud of our past,” states John ‘Segs’ Jennings. “A milestone to many, The Crack is an important piece of work to us too. We now feel ready to celebrate where we came from.”

“Making ‘The Crack” was a real game changer for me,” continues Dave Ruffy. “The Ruts were a band that were greater than the sum of their parts and wrote music inspired by everything we had ever heard. It’s a piece of work that I am immensely proud to have been a part of. Now forty years on we will be playing the album in its entirety, it’s quite a challenge as some of the songs have not been played since 1980! Our legacy is large, and we are and will continue working hard to make this a great show.”

Support on all dates will come from recently reunited post-Pistols legends The Professionals and together with Ruts DC, this tour will serve as a worthy tribute to ‘The Crack’ and two of its much-missed creators Malcolm Owen and Paul Fox.