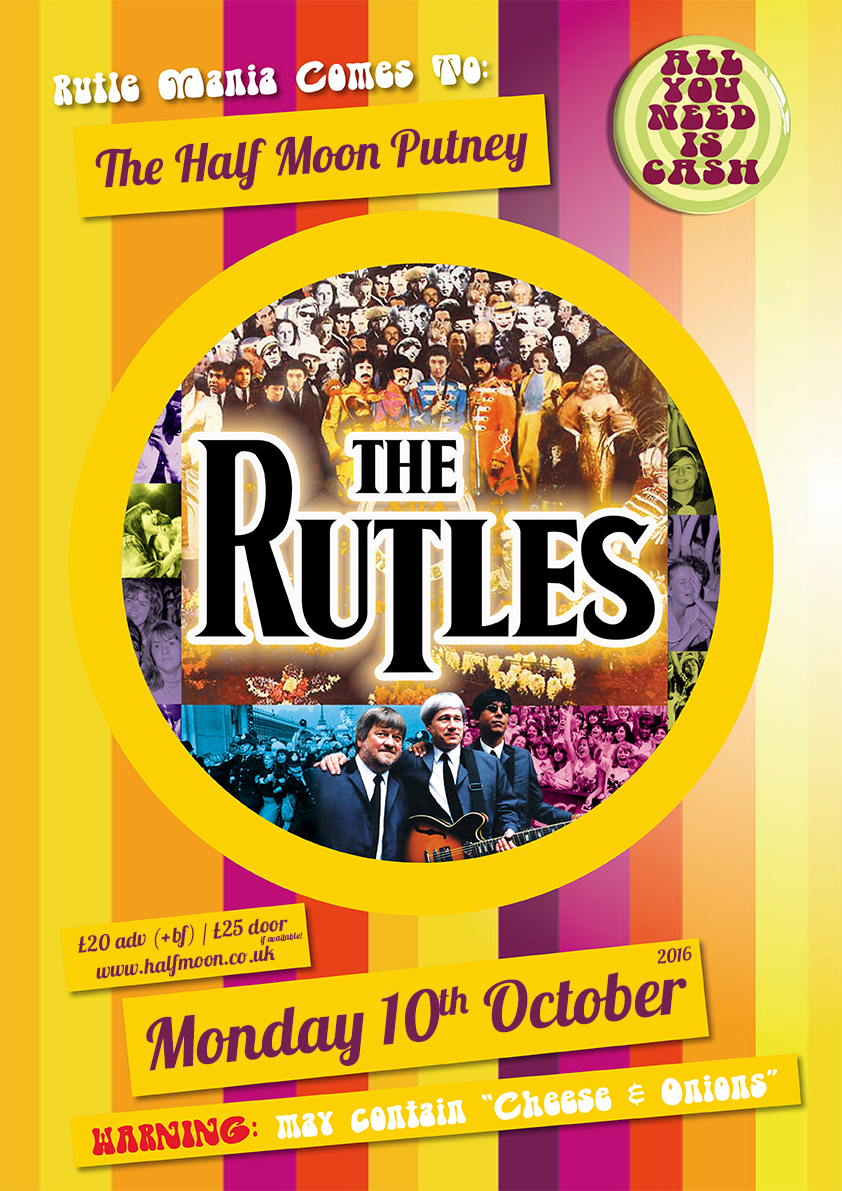 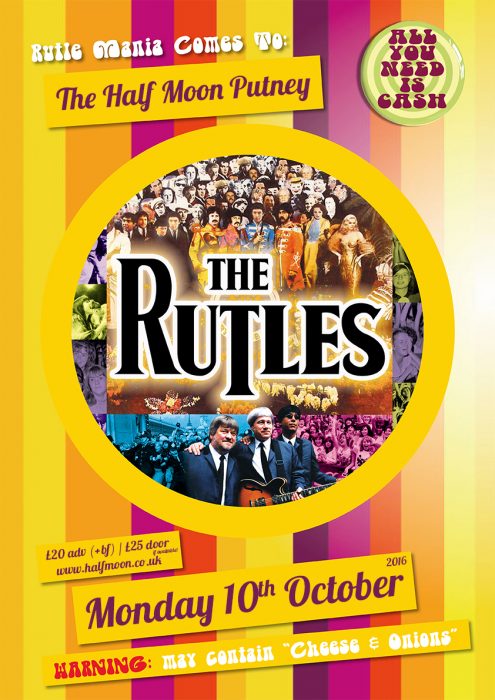 The Rutles first appeared as a sketch on the “Rutland Weekend Televisison” show that aired on the BBC between 1975 and 1976. The idea of a spoof Beatles band inspired Eric Idle and Neil Innes so much that they made a full length television special entitled “All You Need Is Cash” charting the history of the band’s evolution mirroring The Beatles’s history in the process. What could be considered the first mock rock documentary was made even more special by the great song Innes penned for it. The quality of the music led the band to have a following of its own and their reunion album  “Archaeology” released in 1996 led them to become a permanent touring unit featuring Neil Innes and John Halsey augmented by other musicians.

The show at The Half Moon was a sold-out and  judging by the number of Neil Innes T-shirts in the audience, most of the attendees were hardcore fans. The band fully attired in matching Rutles T-shirts started with the Mccartney-esque “Double Back Alley” that was originally sung by the late Ollie Halsall on the album version. The band then jumped into Lennon territory with “See The Good Times Roll” and the jangly “I Must Be In Love” introduced by Neil as a “medley of hit”. “With A Girl Like You” was dedicated to Neil’s wife Yvonne (they are celebrating their 50th wedding anniversary this year). After an energetic version of “Looking Good”, it was time for Barry Wom (John Halsey) to sing “Living In Hope”, the best Ringo song not written by Ringo. Two of the bands best tracks, the Yellow Submarine pastiche of “Cheese and Onions” and “Shangri-La” from “Archaeology” were followed by an excellent cover of George Harrison’s “Isn’t It A Pity” (“a great post-Brexit song” joked Innes”). “Ouch!” (“another post-Brexit song”) channeling the “Help” era sat comfortably next to “Hey Mister” dedicated to Donald Trump for the occasion. The orchestral parts of “Love Life” were recreated by the keyboardist while “Let’s Be Natural” was White Album era Lennon done to perfection. John Halsey closed off the first half with a tongue in cheek rendition of “Autumn Leaves” that saw him sprinkle leaves from a Marks and Spencer bag on stage (there’s a surprise along the way so I won’t spoil it for future gig goers).

The first three songs from Archaeology started the second set:  “Major Happy’s Up and Coming Once Upon a Good Time Band” was followed by the cantankerous “Passing By” and the excellent “Questionnaire”. Two fine rockers from The Rutles’s “hamburger days” (“Baby Let Me Be” and “Goose-Step Mama”) were followed by the McCartney homage “Another Day”. All truly excellent songs that mimic The Beatles’s style and melodical mannerisms but at the same time remaining truly great pop songs. Some songs are more obvious on what inspired them (The “I am The Walrus” soundalike “Piggy In The Middle” or the “Get Back” copy “Get Up and Go”, originally left off from the Rutles LP). The band’s comical side is never far away with Innes claiming that they were “the proof that Nostalgia is not what it used to be” and a Python-ish humour displayed in the sarcastic “Easy Listening”. The show closed with another great George Harrison song “All Things Must Pass”.