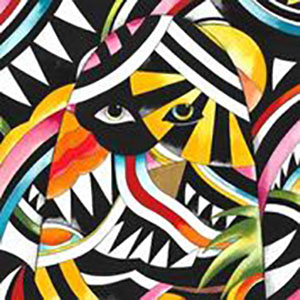 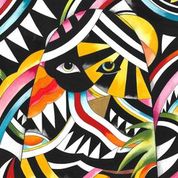 Rutger Hoedemaekers: The Age Of Oddities

“This is the age of oddities let loose.” Don Juan, a poem by Lord Byron.

Situated in a back street in Naples, there is a tiny chapel called Sansevero. From the outside, it is so unremarkable that you would easily walk straight past. Yet it hosts the greatest sculpture ever created. Giuseppe Sanmartino’s Veiled Christ is the art world’s greatest secret. It is also an artistic miracle. As you walk around it, the figure of the dead Christ changes imperceptibly. It is so remarkable that when it was first revealed it was suspected that the marble veil had been created by alchemy. Personally, I have seen no other work of art that is so moving, breathtakingly tragic and able to elicit great depths of sorrow. In musical terms, the only body of work that has made me feel the same way upon listening is Joy Division’s Closer. Until now.

For Dutch composer Rutger Hoedemaekers, recent times have been both tumultuous and tragic. For four years, in the mid-part of this decade, he had collaborated brilliantly with Icelandic maestro, Jóhann Jóhannsson. Working together in the Berlin studio that Hoedemaekers had co-founded, they created several sublime soundtracks, including the scores for Darren Aronofsky’s Mother! (2017), James Marsh’s The Mercy (2018) and, along with Hildur Guðnadóttir, the score for the acclaimed and award-winning Icelandic crime series Trapped. Life could not be sweeter. But, of course, that’s precisely when fate usually decides to intervene.

Tragically and suddenly, in February 2018 at the age of only 48, Jóhannsson passed away. The world lost a colossus of a composer whilst Hoedemaekers lost a colleague and a dear friend. It’s natural, therefore, that Hoedemaekers’s debut should carry such a tremendous enormity of emotion. The Age Of Oddities is a quite stunning album that is moving, poignant and quite exquisitely crafted. It feels like a vessel that is carrying all of Hoedemaekers’s grief, like a requiem for his dear friend and collaborator. In precisely the same way as Sanmartino’s sculpture and Joy Division’s Closer, it evokes such feelings of cavernous and intense sorrow, an unbearable weight of sadness and melancholy.

The process of recording The Age Of Oddities was arduous, beginning immediately after Jóhannsson’s funeral and taking Hoedemaekers from Reykjavik to Budapest and back again. He obsessively recorded all of the components that, in his head, would combine to form the quite unique sound of The Age Of Oddities. At the core of the album is the majesty of the Budapest Art Orchestra, conducted and co-orchestrated by Viktor Orri Árnason. Intertwined are the voices of Kira Kira, Else Torp and Laura Jansen, with brass from Morris Kliphuis and Hilary Jeffery and keyboards and electronics contributed by Hoedemaekers himself. Once all was captured on tape he found himself alone in the studio in the wee small hours, blasting the recordings out through stacks of guitar amps. He re-recorded every minute detail until he had created a melange of sorrowful sound. The finished article, The Age Of Oddities, marks the end of a journey for its creator and gives us all the gift of a quite magnificent body of work. 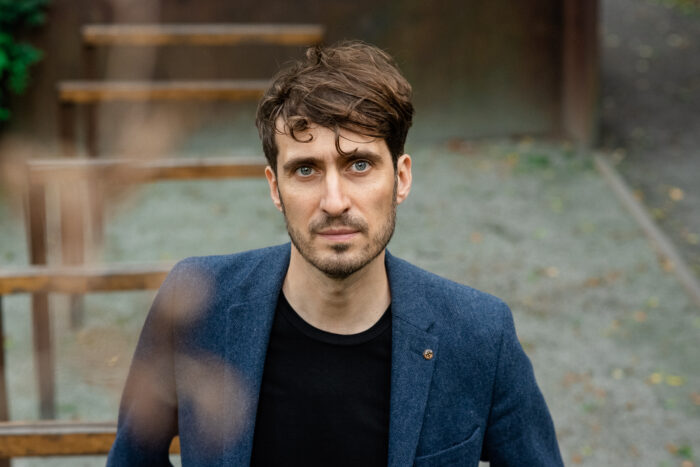 The album’s opening track, An Explanation For Its Own Sake, begins with something that sounds like a beast awakening from an interminable hibernation. What are these timbres? This is our introduction to The Age Of Oddities; voices from the abyss, processed to the point of unrecognisability using guitar amps; they have been stripped of their human sound. It is reminiscent of the closing bars of Radiohead’s Daydreaming.

The approach is replicated on Not For That Hour, Not For That Place. Here, the eerie voices slip into chiming bells and sweeping strings. The music builds and swells before ending abruptly with a lone voice that is pleading and imploring. It’s incredibly dramatic. This concept of distorting one thing to make it sound like another is a recurring theme throughout the album. Elsewhere, Hoedemaekers repeats the trick by making horns sound like voices.

Following the opening track, the intensity increases with Write Them A Creature. The Orchestra’s sumptuous strings sweep across the grooves, painting pictures of wretchedness. La tristesse durera toujours. By the time we are listening to There’s No Going Back For Any Of Us, it is evident that we are immersing ourselves in something special. The way in which Hoedemaekers blends the classical feel of the orchestra with the electronics and those haunting voices is quite unique. He uses everything available and derives optimal synergy from the various components, the old and the modern. It’s incredibly innovative and ambitious.

That fusion really comes to the fore on C.A.L.M. Bizarrely, I can only describe this track as a melody akin to the Bond theme, The Man With The Golden Gun, slowed down quite considerably and deconstructed. This is clashed together with something that sounds like urgent, distorted chanting. It’s an ingenious counterpoint that brings a mesmerising feel to the track. It’s as though one part of the music is driving you on with a sense of urgency whilst the other restrains, the conflict and contrast creating an intriguing listen.

Interestingly, the refrain of C.A.L.M. is reprised later in the album in the form of We Will Clamber Through The Clouds And Exist, although the latter version is calmer and presents less tension. I’m guessing that is intentional. It’s almost as though Hoedemaekers is letting us know that he is finding a path out of his inner turmoil and reaching inner peace.

This step into the light is continued with Goodbye Donald, a track which I assume is named after the subject of The Mercy, Donald Crowhurst, and not our bloated orange friend. It is an uplifting piece with a hypnotic electronic melody merging with soothing strings. It leads us into the album closer, Think Us Better Than We Are. It’s a beautiful, atmospheric conclusion to a quite stunning album.

The Age Of Oddities is an extraordinary album for the listener, one that takes you from the murky cavern of distorted, processed vocal at the beginning to Hoedemaekers’s sublime and poignant piano at the close. You feel like you have been transported, out of the darkness and into the light. Unsurprisingly, given Hoedemaekers’s background, The Age Of Oddities feels incredibly cinematic, particularly in terms of its ability to convey emotional complexity. It takes a skilled musician to evoke such strong emotions and to create a body of work that draws you in and holds your attention throughout. In reality, this is storytelling as much as it is music. Those bleak, mournful passages that gradually build to become brightly illuminated spaces paint such vivid pictures in the listener’s head.

Lord Byron wrote that “this is the age of oddities let loose”. God knows what he would make of these times. For Rutger Hoedemaekers, it signified his tumultuous last years in Berlin, the tragic death of his colleague and the turmoil going on all around the world at a macro level. Those factors have led him to create a powerful and emotive work that draws a close to an incredibly productive yet also dark period for its creator.  It is an album that should propel Hoedemaekers into the public consciousness after years of working behind the scenes.

The Age Of Oddities is available for pre-order at Fat Cat Records.