Home Blogs Russian Round Up – August 2020 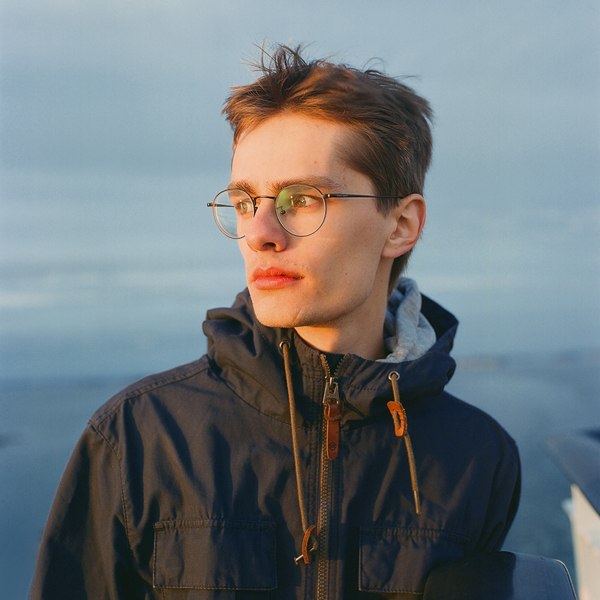 Even Art’s Gilded Cage should be rattled now and again. First up I should point your way to a great compilation in a vital cause, a compilation with tracks from Belarusian and Russian artists such as Moscow’s great Inturist, brilliant Belarusian in Berlin, Chikiss, and Louder than War fave, Estonia’s Maarja Nuut. The compilation is a fundraiser for those who stand opposed to Lukashenko’s brutal repression of the civil protests in Belarus. More from us here. A direct link to the Bandcamp page is here.

OK, on with the show.

Dmitry Evgrafov – Surrender
Possibly my pick of the past month or so has to be the new record from pianist Dmitry Evgrafov, who returns after a couple of years away with probably his most accomplished and ambitious record to date. Even in its quieter moments, Surrender is a very different offering than his last record (also on the mighty Fat Cat Imprint, 130701), the refined Comprehension of Light.

The title of this new release is maybe a pointer to Evgrafov’s doubtless deliberate immersion in a broad range of styles and attitudes. Regardless, it is a vast record in terms of ambition, The sheer scale of his new approach can be heard with the punchy, sometimes filmic opening pair ‘Splinter’ and ‘Sparkle’, music that is both assertive and populist. Twists and turns reveal themselves throughout, but it’s noticeable how much of the “tunes” are in a major key or employ very poppy surges of tempo. Listen to ‘Humble in Heart’, which sounds anything but. One wonders is Evgrafov trying to run other composer competitors out of town with a display of compositional muscle?

The best thing about Surrender for me is the clever employment of arrangements and instrumentation. Nothing feels wasted, anywhere, and wildly differing compositions such as ‘Whirl’, ‘Context’ and ‘Anthropocene’ happily sit beside each other with very little jarring. In fact, track clusters like these (and the opening pair) create their own micro-narratives that enliven the record and stop it sounding too worthy or too much like a dry, academic exercise in “using sounds”. Rather the tiniest conceit (such as the wobbly echo on the gorgeous, Harold Budd-esque ‘Serene Air’) give this record real purpose and depth.

It’s a brilliant release and you need to hear it as soon as you can.

A few intriguing things have appeared in my mailbox this last month, one – at the behest of my pal (bassist extraordinaire) Dima Midborn – being this track: ЛАВА feat. Katya Celebrine – Цунами (LAVA – ‘Tsunami’)

The track is very late nineties early noughties in tone, but a pretty enough tune to get lodged in my brain. Best described as Eurotrance with a dollop of Russian folklore and a smidgen of social satire, the track is a pretty accurate representation of what you hear blaring out of car windows in Moscow. The predictably eccentric video boasts a plague rave and the seemingly obligatory shot of someone swimming in a river. Why do Russians like to film themselves swimming or diving underwater? There is certainly some mad conceptual element about the people behind this very catchy music: they call themselves “Feel Gainsbourg & Alien Delon” and, just like early St Etienne, they are busy creating a forthcoming album (called Second Wave) with a different singer for each song. Their favorite themes are “impossible love and apocalypse.” Lovely…

Their Bandcamp is here https://avecavecavec.bandcamp.com

Another mail came from Irina Tanaeva, who is an experimental sax player from Moscow. She also operates as a “one woman band Artemeida” [sic] and has released a two track EP, called Experimental Methods of Disposal of the Past, which is quite something. The video of lead track ‘Dancing with Flowers’ is great, as playful and uncompromising as the haunting music. Anyone else picking up on a Kenneth Anger vibe here? The second track, ‘Washing Paper Dress’ is a mighty seven minute sound collage, which sounds like someone is playing Church of Anthrax in an abandoned warehouse.

There is an awful lot to unpack with Kotä’s catalogue; a lot of the releases can best be described as neo-classical sound art pushed to its limits. You could go further and say In essence a great deal of the releases – such as the gargantuan offerings from Dmitri Kourliandski – are the unconscious soundtracks to contemporary avant-garde life in Russia. They are often huge releases (some around two hours in length) and packed with cut ups of found sounds and conversations (I suppose I should call it spoken word art). Your correspondent got into a very zen-like state when spending a day “just” working through elements of the label’s back catalogue. It’s like accidentally tuning into a radio from another world.

A representative – and very moreish – release is the latest electro-acoustic work by Ivan Yerofeyev; it’s a compilation of various works but manages to boast a very convincing overall structure; its own inner life if you will. It can get very tripped out: maybe fans of Bernard Parmegiani will feel a few kindred spirits in this, and other pieces.