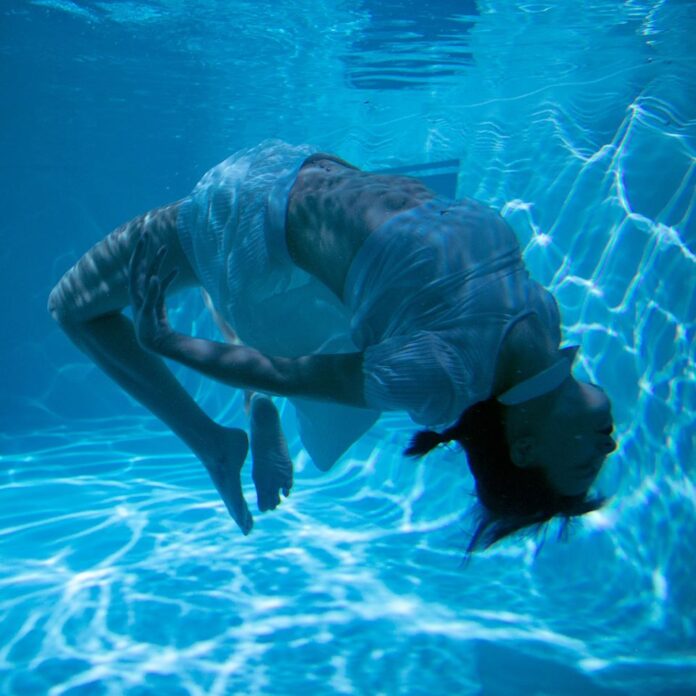 This is the second of a new, irregular series on what’s going down on the alternative Russian music scene.  As readers to this here publication are probably sick to death of hearing, the Russian Federation is a hotspot for interesting and different music. We said this in the first piece but COVID has hit hard and, without the sort of media support even a battered UK and EU music press can provide, much relies on word-of-mouth recommendations – and personal contacts and interests built up over the last 5 years by John Robb and others.  We’re glad to be of service in this regard. So dig in.

First to report is a very enjoyable, sometimes thrilling new album from Rosemary Loves a Blackberry, the alter ego of Diana Burkot. Burkot is a fantastically productive audio-visual artist and activist based in Moscow who has – to my knowledge – protested with Pussy Riot, drummed in the late great Fanny Kaplan, busked advanced electronica on shopping streets and floated down the Moscow River on a pink inflatable unicorn. This is no softie. And Weirdberry, her new LP, is her best and most accessible yet. Weirdberry abandons the oblique, sometimes distant melodies and abstract song structures on her previous records for a dancier more widescreen approach. And Burkot’s voice has dropped a register too, which gives this record a much more direct feel. Some tracks, like the marvellous ‘Hysterics’ and ‘Summer’ are her intriguing, restless take on a sort of deranged-if-funky lounge pop. This isn’t music that sounds made in a bedroom laboratory any more. Nor does it rely on a lot of minor chord changes; meaning it’s much more direct and engaging. Many of these new cuts are real pop songs, not winsome soundtracks for Moscow’s hip set.

The brilliant Ored Recordings label deals with field recordings of traditional or “village” music from the vast hinterlands of Russia, often with an eye and trans-Caucasian, or Circassian music in particular. (A few years ago me and my mate Dmitry wrote about the label in another place…) Their back catalogue is really worth diving into. The label has, until now, kept to its guns of not producing music, looking rather to “minimize the label’s influence on an informant”. Change comes in the form of a release by Jrpjej, the label’s first actual produced LP. Why? Well, Timur Kodzokov, one of Jrpjej founders, is also a half of Ored Recordings. Jrpjej is a “post-traditional” take on the music of some Circassians who rediscovered their musical roots. The forthcoming LP, Qorror contains “healing, wedding and historical songs as well as drone, hip-hop, and dance electronics elements. And the lead track from this remarkable sounding record, Кхъуаом иорэд (Song of Boar Hunter) is, (to use an old John Peel phrase), an astonishing piece of music.

A complete change of scene as we take in the latest release from St-Petersburg’s CANT label, run by brilliant maverick Zurkas Tepla. Mails from Mr T are always a joy, full of mental anecdotes and often impossible requests. Personally I’ve never been disappointed with the sonic detritus kicked up by his surreal worldview. Tepla once sent me a video of him doing a live deconstruction of an academic video conference… Quite what his fellow delegates thought of it is another matter. Anyway, the third (or fourth) release from CANT (even the bloody label can’t make up its mind) is this: Разводы (Marbles) by Zumvo, aka Sasha Artemyev. Artemyev is, apparently, a “magnetic recording and vinyl electroplating engineer who plays records and tells stories”. He likes his acid folk too, and is something of a “cheeky rascal”. And this music is a gloriously stoned ‘n sampled wander through what’s in his mind. Some tracks are disarming; for instance ‘The Mad Pilot’ takes a Fall baseline and kicks it into a dustbin with a lot of discarded samples. Those who liked Money Mark or Barry Adamson’s 90s releases will find a lot to like here. In general I would buy anything with Tepla or CANT’s stamp on, as it sounds like everything and nothing.

Muscovite dark / experimental jazz The RIG have gone ahead and released their debut record. We’d mentioned them in the first of this series, they are yet another manifestation (or mutation) in the constant merry-go-round of Moscow’s incredible alternative jazz scene, which boasts some mighty players such as Anton Ponomarev’s BROM. The RIG, interestingly, generates an awful lot of decibels for a predominantly non-amplified and sometimes folky band. But then they boast restless talents such as ГШ / Glintshake and Inturist’s Sergei Khramtcevich on baritone sax; who is supported here by Alina Petrova on viola and vox, Maksim Shutikov on double bass and Oxana Grigoryeva on sticks. I’ll come clean and say jazz on the whole isn’t my thing, but I really enjoy a lot of jazz currently coming from Moscow (check out things like Baritone Domination). And this record is no different. It’s a great listen, the pronounced folk elements generate a lot of space (a space also courtesy, I think, of a very good rhythm section that allows the other two license to thrill). And there is a distinct accent on melody. But like many of their Moscow jazz pals, they make music that’s restless, inquisitive, and open for anything. Fans of The Ex may dig this. In fact, The Ex may dig this…

Stop the press, ГШ / Glintshake has a new LP out. It’s called Гибкий график which means Flexible Schedule (I suspect this is another “Modern Russian Businessman In Joke” from guitarist Jenya Gorbunov…). The LP is based on a set of improvisations recorded and edited between 2017 and 2020 and follows a killer live LP from this April (Live At DTH Studios) that flew under a lot of people’s radar.

Their last two studio releases (2016’s ОЭЩ МАГЗИУ (Oesch Magziu) and 2019’s Польза Benefit) are some of the finest records made in Russia this last decade. This new release continues their journey from pop into inner space. ГШ / Glintshake’s live shows are brilliant affairs that often hinge on a spur-of-the-moment reworking of their scratchy and catchy post-punk pop. A couple of these experimentations were recently played by Kate Shilonosova on a radio show and they sounded magnificent. The LP gets released on 17th July. If you like a sideways collision of ‘Interstellar Overdrive’-style Floyd, early Soft Machine, a bit of Gong (it’s the flute that turns up) and the chops and attitude Black Midi and the other Speedy Wunderground acts trade in… then this is for you. This is what bands could sound like if they truly went for it.

Check back here on July 17! https://glintshake.bandcamp.com/album/–3

As well as the new ГШ / Glintshake release there is more from the ever productive Moscow label Incompetence, who show their obsession in making a hybrid of Detroit and Moscow through strange electronic sounds. This itchy and all-too-short piece is by Директор Всего (The Director General) and is called ‘Business Lunch’.

Belarusian-in-Berlin, Chikiss has a new record on the way, entitled Между временем и ленью / Between Time and Laziness. As someone who’s heard it all the way through, I can report it’s a superb collection of warped electronic pop songs, liberally smothered with her trademark sensuality and not a little weirdness. This lead track Будет всё хорошо (It’s Gonna Be Alright) is a homage to 80s Russian rockers НОЛЬ (Null or Zero). Everything – including the video – is done in Chikiss’s secret lair in Treptow. She really is a remarkable artist.

Last up this month is the latest from multi-productive musical Behemoth, Dmitriy Peitsch, of Motherfathers and Ninja Glam. I always like checking in on his scuzzy dance music. Not content with just one release, Peitsch settled for posting two: both old live sets from 2016-7 given an upgrade and trading in that typically uncompromising Moscow thump. As Dmitriy mailed: “it’s mostly 4 to the floor 135 bpm acid techno called Born to Ruin and some electronic punk/noise called Party Favourites”. And they do exactly what they say on the tin. The techno is in particular a fabulously messy slice of messy hedonism with no off switch.