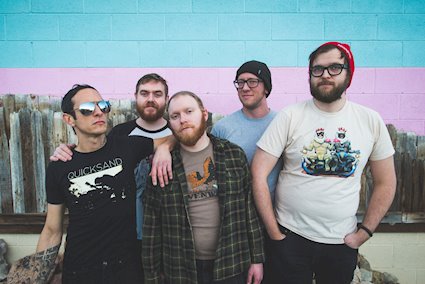 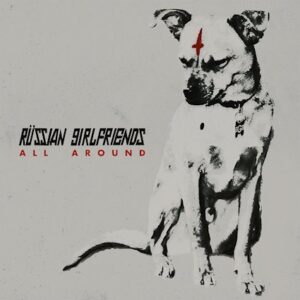 Together with the German record label, Gunner Records, Russian Girlfriends are announcing a special European re-release of their debut album; All Around on Friday 1st September 2017.

Russian Girlfriends foundations were constructed from the San Francisco’s Bay Area metal and Albuquerque punk scenes, their style and sound an equilibrium between brutal energy and compelling melodies. The narrative laced lyricism delivers plenty of delicious musical complexities to get your teeth with dashes of stinging cynicism and bounding exuberance. In essence All Around is a loud darn good time.

Formed in 2014, from Albuquerque local scene such as ex-members of Koffin Kats, Adam Hooks and his Hang-ups, and Glitter Dick. That line-up: Adam Hooks, vocalist, Ian Jarrell and Colin Dowell on guitar, and Jeremy Keith on bass was completed when Sasha Horn (drummer for Heathen, Novembers Doom, and Forbidden.) joined as the band’s drummer.

Russian Girlfriends debut album, originally self-released by the band in 2015 and subsequently repressed by Orange Whip Records in the US, blended the finest components of pop and rock with punk angst and fierceness of hard-core. The tracks are shaped by American history, real life events and relationships and communicated with noticeably kooky and humorous undertones. This special re-release also contains a bonus track that did not appear on the US version.

The band will be heading to the UK and EU this autumn, while dates are yet to be announced Russian Girlfriends will be playing Germany, The UK and Switzerland among others.

Russian Girlfriends – All Around will be available on Limited Edition Red 12″ Vinyl, Limited Edition Clear-Silkscreen Vinyl as well as on CD through Gunner Records – link here.

All words by Katie Clare. More articles, reviews and interviews by Katie on Louder Than War can be found at her author’s archive. She can also be found on Twitter where she uses @tokyo_katie.