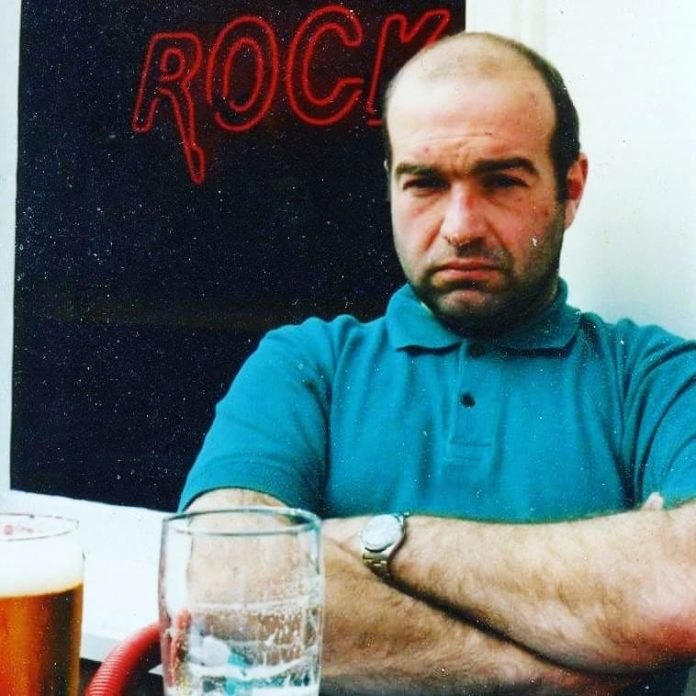 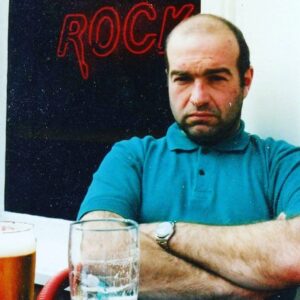 Tributes for Russell Taylor, founder and self-titled Grand Fromage of Manchester-based Crocodile Records, are coming in from the garage rock world around the globe after news broke last night of his passing after a long illness.

As well known for his encyclopedic knowledge of garage rock as his love for Manchester United, Russell was someone who throughout his life championed garage bands from around the world, helping them to get their music out to the public. And when he was unable to do it, he regularly helped bands on to labels that he knew held the same ethos as him. We had spoken over the summer about how he was excited to be working with Duncan Reid from The Boys on his new record, something that he was gearing up to put out in a few months.

Starting out in the late 70s selling records out of his mum’s spare room in his hometown in North Wales, he went on to start Crocodile Records in 1983 as a mail-order shop and at record fairs and markets. In 2014, he finally branched out and set up his own label, naturally continuing under the same moniker and kicking off with a limited run of The Phroggs’ Baby I’m Gone. The Hipshakes, who put out some singles with him have described Russell as a “benevolent svengali figure and all-round brilliant human being…the Scousest sounding Man United fan you could ever meet, although he always claimed he was from Wales to avoid ties to Liverpool FC.”

Russell was always on hand to help out the bands that stirred the same passion for rock ‘n’ roll and was also known for his sardonic wit and humour. As Jay Taylor of Night & Day Cafe has written, “Our relationship was a simple one really; we’d drink coffee, talk about garage rock and then at some point he’d make me laugh like a drain. Even at this terrible time he’s making me smile… “The Who Live at Leeds is one of the greatest live albums of all time, but Jay, if they were playing in my garden today I’d draw the fucking curtains.” So long Russ.”

In the music world, the underground where camaraderies form across countries, there are certain people who stand out in the way they bring people together. Russell was one of those people and he will certainly be missed by many.