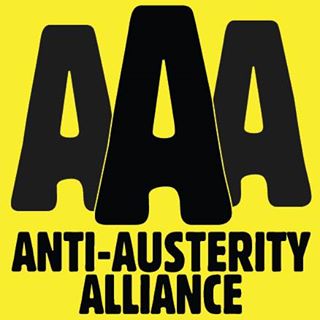 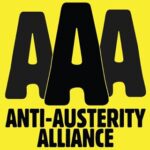 You may have missed it on the news , maybe because it didn’t get reported but 50 000 people marched through London to Parliament on an anti austerity march in protest at the austerity measures introduced by the coalition government.

The march ended up at  the Houses of Parliament, where they were addressed by speakers, including comedians Mark Steel and Russell Brand.

Thousands of protesters were on the no more austerity march, which demanded an alternative to the “greed and selfishness” of the Con-Dem coalition.

The rally, which also includes a festival, was called by The People’s Assembly Against Austerity, an broad coalition of anti-government groups that embraces trade unions and other campaigners. RT’s Sara Firth reported from the scene that thousands came to join.

“The people of this building [the House of Commons] generally speaking do not represent us, they represent their friends in big business. It’s time for us to take back our power,” said Brand.

“This will be a peaceful, effortless, joyful revolution and I’m very grateful to be involved in the People’s Assembly.”

“Power isn’t there, it is here, within us,” he added. “The revolution that’s required isn’t a revolution of radical ideas, but the implementation of ideas we already have.”

Having Brand as one of the speakers throws up as many questions as answers as the comedian seems to be merging his on stage comedy act with his real life public profile but he is a brilliant and eloquent speaker.