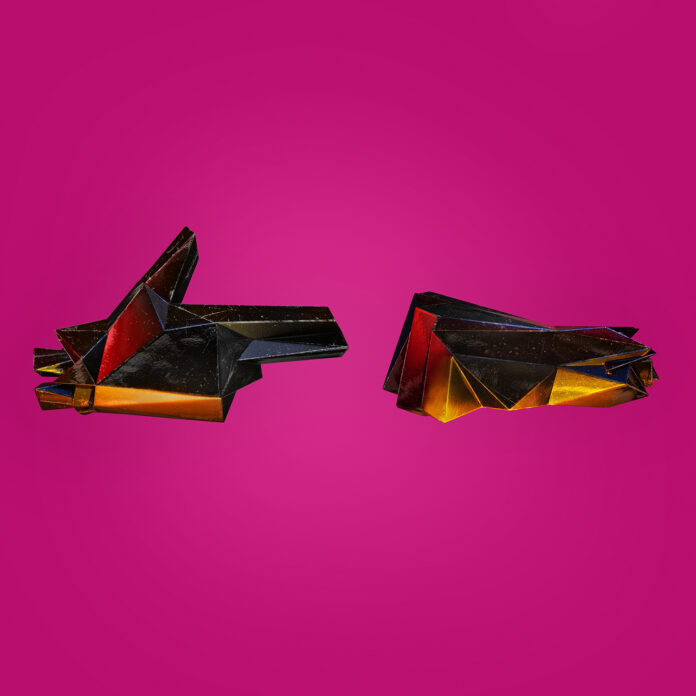 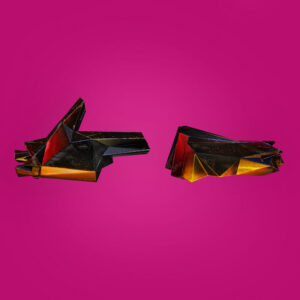 Run the Jewels drop their fourth album in the midst of a worldwide pandemic, the murder of George Floyd by a police officer and global anti-racism protests. Killer Mike and El-P are joined by a number of guests as they take their incendiary hip-hop to the next level with RTJ4. Andy Brown reviews the latest instalment in a modern hip-hop odyssey for Louder Than War.

The new Run the Jewels album drops on the day that Derek Chauvin’s charge is upgraded from 3rd to 2nd degree murder for killing George Floyd in Minneapolis. The other three officers are finally arrested. It’s far from over. If you’re black, it seems, justice is slow. A couple of days before, an emotional Michael Santiago Render aka Killer Mike, one half of the mighty Run the Jewels, appears on TV to reach out to the rioters. Mike has been a passionate political activist for years now; a vocal supporter of Bernie Sanders, an advocate of free health care and an outspoken enemy of inequality. It’s all of this that Killer Mike and his sparring partner Jaime Meline aka El-P pour into their music.

Yankee And The Brave kicks things off in typically bold, confident and sonically confrontational style. It’s all or nothing from the moment the track starts, Mike and El-P trading rhymes over an insistent, unstoppable beat. “I got one round left/ 100 cops outside” spits Mike at one point, “I can shoot at them or put one between my eyes”. The track ends with a more triumphant tone as they both sing, “Yankee and the brave are here, everybody hit the deck/ We don’t mean no harm but we truly mean all the disrespect”. It’s been a few years since Run The Jewels 3 but Mike and El-P are well-and-truly back in business.

The duos relationship is key to the success of Run the Jewels; the way they interact as performers, their humour, commitment and friendship. Ooh La La is the duos latest party anthem; a sense of fun running through the rolling piano samples, old school scratching and lyrical nods to Ol’ Dirty Bastard. The track featuring the smooth tones of Greg Nice from East Coast hip-hop duo Nice & Smooth alongside producer and one half of Gang Starr, DJ Premier. The self-described “menaces to sobriety” keep up the energy with Out of Sight (featuring 2 Chainz) and more nods to their spiritual forefathers courtesy of El-P, “we the motivating/ devastating/ captivating/ Ghost and Rae relating”. Holy Calamafuck lives up to its name as the “‘ole razzle dazzlers” serve-up a melting pot of ominous noise, unexpected tabla, reggae and speaker-shaking basslines. It’s next to impossible to play this album quietly. Every second demands volume.

Goonies Vs. ET puts its name in the tombola for the potential best song title on the album as propulsive rhythms, big beats and spacey tenor sax see the duo riding out West like two gunslinging desperados. Every track is crammed with musical innovation, a surprise around every corner. Walking In The Snow features fiery contributions from Lola Mitchell aka Gangsta Boo and lyrics that cut right to the core on education, discrimination, apathy, poverty and institutionalised hate. “And everyday on the evening news they feed you fear for free” spits Mike “And you so numb you watch the cops choke out a man like me/ Until my voice goes from a shriek to whisper “I can’t breathe””. It hits hard, just like it should. The intensity, by this point, is through the roof.

If the lyrical skills of Killer Mike and El-P weren’t quite enough, this is also the only album where you’ll get to hear NERD figurehead Pharrell Williams and Zack de la Rocha on the same track. The Rage Against the Machine frontman has veered away from the spotlight in recent years, so it’s great to hear him lending his primal scream to Ju$t. Another blast of barely contained rage with an incendiary mantra, “look at all these slave masters posing on your dollar”. The track burning with anger and disgust. A suitable follow up to Zack’s collaborations with the duo on Close Your Eyes (And Count To F**k) and A Report To The Shareholders / Kill Your Masters.  Never Look Back comes next with atmospheric, Stranger Things-esque synth sounds before The Ground Below kicks in with a raw sample from Ether by Gang of Four. The duo exploring the same dirt behind the daydream that the seminal post-punk legends did back in ’79.

RTJ4 has numerous peaks yet it’s hard not to be bowled over by the album’s final double header. The deeply atmospheric Pulling The Pin features contributions from QOTSA frontman Josh Homme and R&B/gospel legend and civil rights activist Mavis Staples. El-P spits about a “moment in history back to haunt us” before Staples lifts the whole song to the next level, “It hurts I’m being torn apart/ There’s a grenade in my heart”. A Few Words For The Firing Squad (Radiation) comes last but certainly not least. Sharon Jones & the Dap-Kings sax man Cochemea Gastelum and violinist Dana Lyn weave through the beats; the effect is absolutely jaw-dropping. The emotion, passion and urgency clear throughout. “For the truth tellers tied to the whipping post left beaten, battered bruised” spits Mike as the track comes to a close “For the ones whose body hung from a tree like a piece of strange fruit/ Go hard, last words to the firing squad was fuck you too”.

RTJ4 is a visceral album pulsing with anger and energy; the world is on fire but thankfully so are Run the Jewels. The duo felt important when they dropped their debut album in 2013, now they feel utterly essential. The shocking murder of George Floyd wasn’t unprecedented, black people continue to be persecuted and killed for the colour of their skin. Educate yourself and stand in solidarity with those fighting for the right to be treated like a human being. Art can soundtrack the struggle and art can inspire. This is protest music. Run the Jewels have arrived with some hard truths, some words of encouragement and a helping hand in the darkest of times.

Run the Jewels have made the album available as a FREE download. You can also order yourself a physical copy.