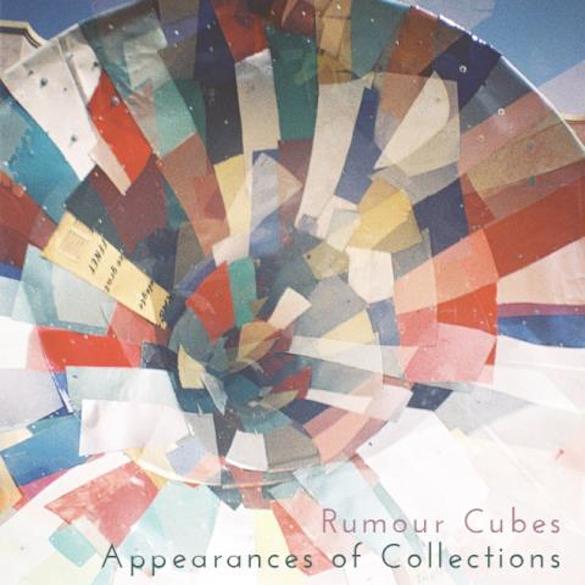 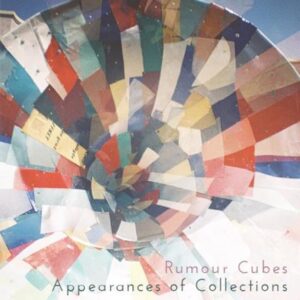 Due out 18th August

Rumour Cubes are a London-based six piece who “fuse violin & viola, guitars, electronics and visual media into extraordinary cinematic soundscapes.” Next month they’ll be releasing the follow-up to their critically well received 2012 debut The Narrow State. It’s titled “Appearance of Collections” and you can find Rebecca Sowray’s review below.

Rumour Cubes are music as a near visual experience. Except that we’re in the habit of saying that with regard to instrumental, un-worded tracks and it just doesn’t do it. Here’s the truth of it then. Rumour Cubes took the poster paints and charcoals, clay and oils and left them in some mercurial heat before smashing them apart and reforming them into something entirely other. There’s a proper musical alchemy to it because the output is both bigger and fundamentally different to the input of the constituent parts.

The pre-released track from the album is ‘Hiyat.’ Have a listen here before we carry on:

There is life indeed within this; off-the-metronome-scale percussion that shifts away again through dance beat and across to the languorous. A sultry, sexy viola voice to swamp any prejudice folk might harbour for the instrument itself (more about that later). The whole then sighs and moves to a near finale, a near end of life; that is neither dire nor desperate, but filled with optimistic echoes.

Prejudices then. There are some beautiful people in this world; unbiased and fair. Music-tribe to their very core; they will listen to all music, all of the time. The rest of you? Stand in line behind my confession then as I admit that orchestral arrangements really do put me off my Guinness. So when I read elsewhere that Rumour Cubes are ‘cinematic’ my mind is swimming in a rising tide of massed, melodramatic violin? And I don’t swim. But two of the main voices within the whole that is Rumour Cubes are a violin and a viola? Am I doomed beyond this first listen to the pre-released track?

If ‘Hiyat’ seemed to be life’s journey, then that only ends one way. But with the opening track on the album, ‘Seven Year Glitch’ we are eavesdropping outside some hotel bedroom door to a viola and violin counterpoint that is acoustic sex. This makes the bass line the subtitles in accurate translation, percussion as beating blood that then draws the end with single note viola steps; at once intimate and knowing.

In the absence of the human voice as an instrument the titles to each tune become invitations, a way of seeing. So if you look down the listing you can find tracks 3 and 9. And before a note is struck you can see something clever reflected, tunes as cousins with titles ‘There Is A Crack In Everything’ and ‘That’s How The Light Gets In.’

‘There Is A Crack In Everything’ is a linear drawing of edges, where things might fall. It makes me want to take off my shoes for a slow, barefoot dance on wooden floors. It ends with detailed effects suggesting we are not alone. And the cousin? ‘That’s How The Light Gets In’ builds from that destructive edge, it is rising and hopeful and at the start not clearly related. But the distinctive riff from the first tune is rebuilt here, interval by interval and it’s absolutely stunning. The closing phrases use church bells, wind and sea to shine into your brain, etching this as a memory.

‘Strange Lines And Distances’ dabbles in abstraction, with an urgency that grows but references colour and joy like a rendering of a huge Kandinsky tableau. ‘Research And Destroy’ again uses the title to invite you in to inhabit a clinical chasing, destructive analysis. The panic that is generated within is electronic in origin, vibrating and tense; futuristic in the drawing.

‘Your House Isn’t Haunted, You’re Lonely’ could be the theme of our over-documented, modern lives. It also contains all the reasons why Rumour Cubes are excellent. You find their near trademark shifts of pace and scene at least three times.  At 8:26 it’s the longest track of the nine, but you get lost in it not by it. The house you’re in sighs and your heart is chased through its uncertainties by a dominating guitar line. When a tandem line appears, it is exchanged between guitars and the violin / viola coupling and offers a safety net from the horror.

Rumour Cubes’ sound is a luminous re-imagining of very many constituent parts. The result is bigger than the origins without being over-worked in anyway. It suggests a world where we might list “Tracks-With-Words” in the same way we presently list “Instrumentals” as novelties.

The album can be pre-ordered here via Rumour Cubes Bandcamp.

Rumour Cubes can be found online here: rumourcubes.com and they are part of the line-up for ArcTanGent Festival whose website can be found here arctangent.co.uk.

All words by Rebecca Sowray, whose Louder Than War archive author’s archive can be found here. She can also be found on twitter  as @RedStar240.