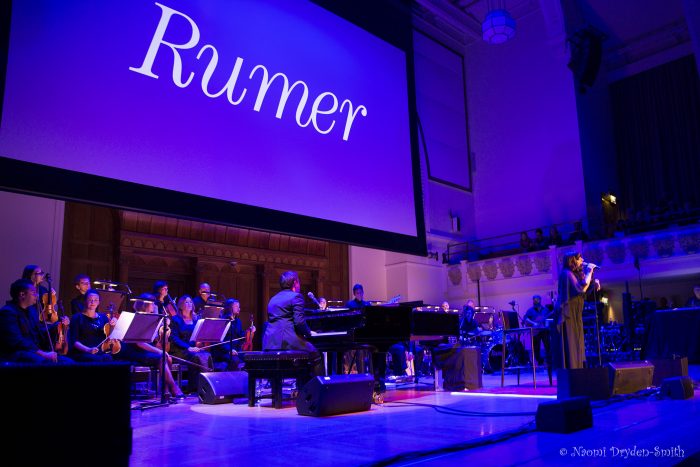 In a departure from the usual Louder Than War music palette, Naomi Dryden-Smith went to check out easy-listening songstress Rumer at Cadogan Hall

Rumer has opted to play her first UK gig in two years at the compact and intimate Cadogan Hall. With a capacity of just 950, all-seated and situated just off Sloane Square, it feels both classy and cosy. Dressed in a floaty black dress with sparkly silver sandals, backed by strings and piano, Rumer manages to exude both confidence and vulnerability, perhaps heightened by the fact that she is mid-gloriously-shiny-haired-pregnancy. She looks happy and relaxed. Firmly squishing any fleeting glimmer of goth-hope raised by having an album called “Boys Don’t Cry”, her songs are a mix of self-penned soul and easy-listening and covers of middle-road heavyweights like Dionne Warwick and Burt Bacharach. It’s impossible not to compare her voice to Karen Carpenter – it’s uncanny at times – and listening to her brings a realisation that there aren’t many voices like hers around at the moment. In a world of irritatingly auto-tuned female vocalists singing banal pop songs that all sound the same, its refreshing to hear a genuinely good voice gently enfolding the audience with old-fashioned ballads, generating a heartwarming easy-listening nostalgia they may not have known they had for the likes of Carly Simon and Joni Mitchell, possibly even Cilla Black (okay, pushing it there). At a time when the world outside is feeling increasingly turbulent and uncertain, it’s an unexpected treat to just stop, sit and be soothed for a couple of hours. 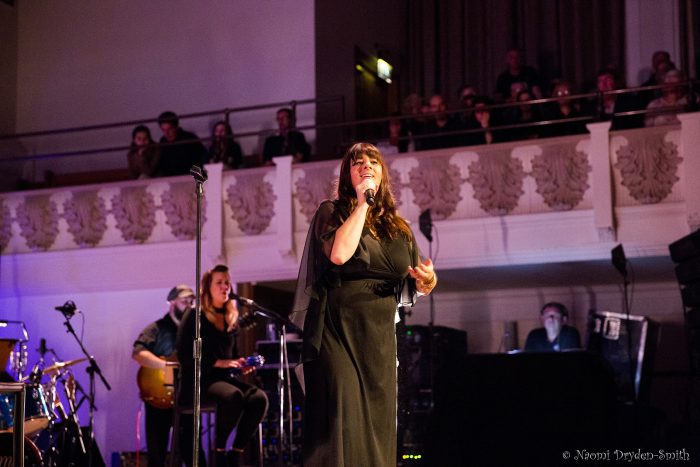 Please note: Use of these images in any form without permission is illegal