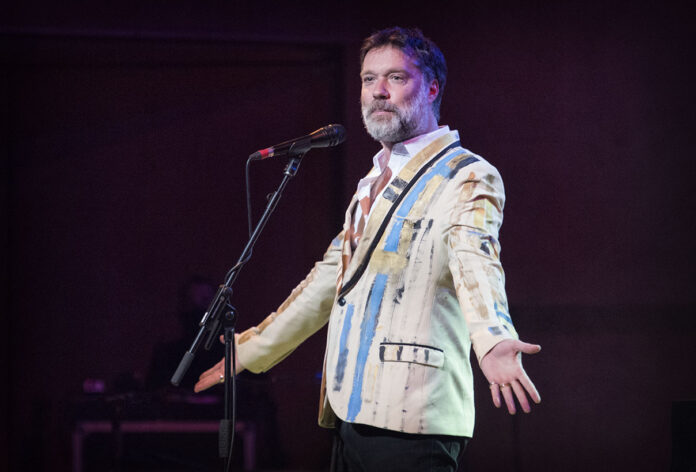 Louder Than War’s Martin Mathews and Melanie Smith (photos) spent an evening with Canadian/American – singer-songwriter/composer Rufus Wainwright as he brought his Unfollow the Rules Tour to Manchester following the release of his tenth studio album of the same name in 2020.

Rufus Wainwright has been playing piano and singing since he was 6 years old. He has been releasing music since 1998 when he released his eponymous debut album, his music crosses over an array of genres and he has collaborated with a wide range of artists such as Boy George, Joni Mitchell, Pet Shop Boys, David Byrne and Robbie Williams.

Rufus was joined on stage by a three-piece band comprising of Jacob Mann on piano, Alan Hampton on double bass/ukulele and the Musical Director Brian Green on guitar. Rufus switched from just singing, to playing the guitar and piano, his beautiful distinctive voice filled the venue and showcased the impressive acoustics of Manchester’s Bridgewater Hall. Having just arrived in the UK a couple of days before to start this tour, Rufus joked “It’s jet lag time and you are getting a fun show tonight”, and what a show it was. 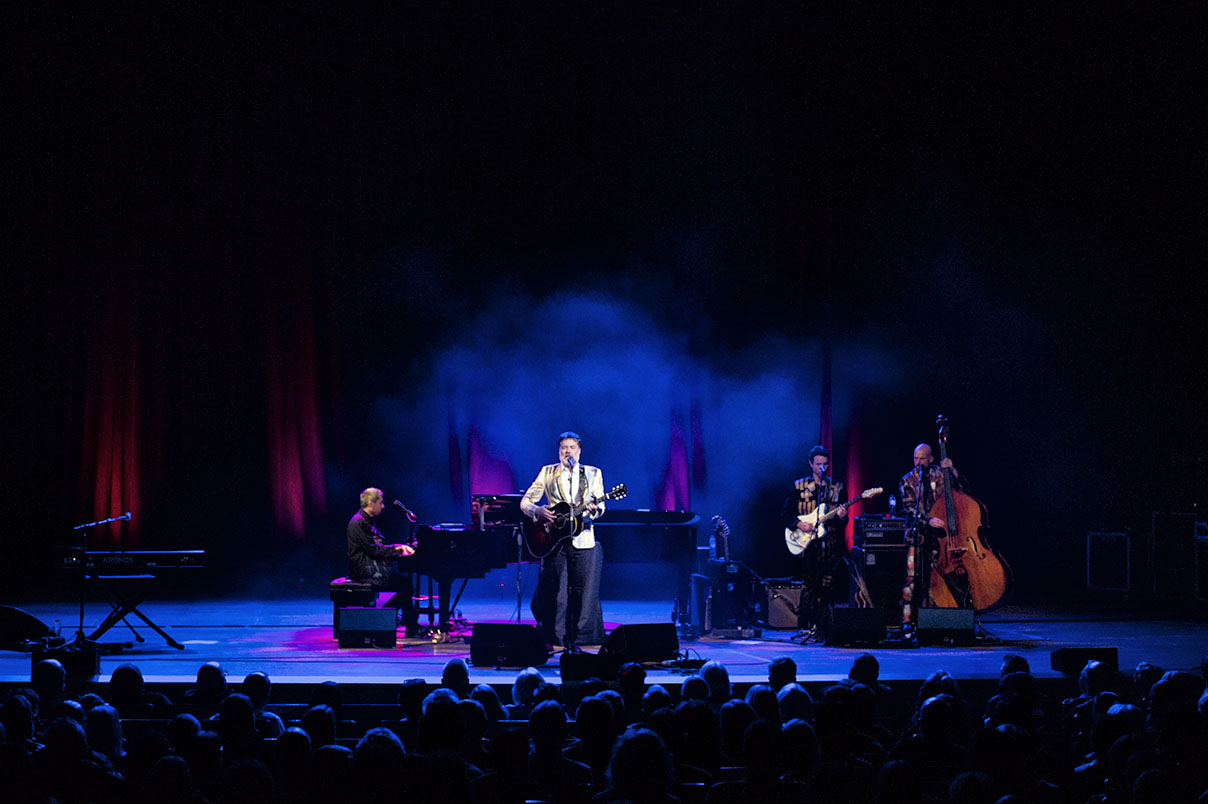 The show comprised of songs from across his career, as well as covers including Sandy Denny’s Who Knows Where The Time Goes and Neil Young’s Harvest; the former being a favourite song of his mother, and the latter being included on a new album of songs celebrating 150 years of Canada, or as he said “150 years of Canada according to you guys”. Several of the songs Rufus performed alone at the Steinway & Sons grand piano, and my personal highlight of the night, was one of these moments when he performed Complainte De La Butte which features on the soundtrack of the film Moulin Rouge, my all-time favourite film. 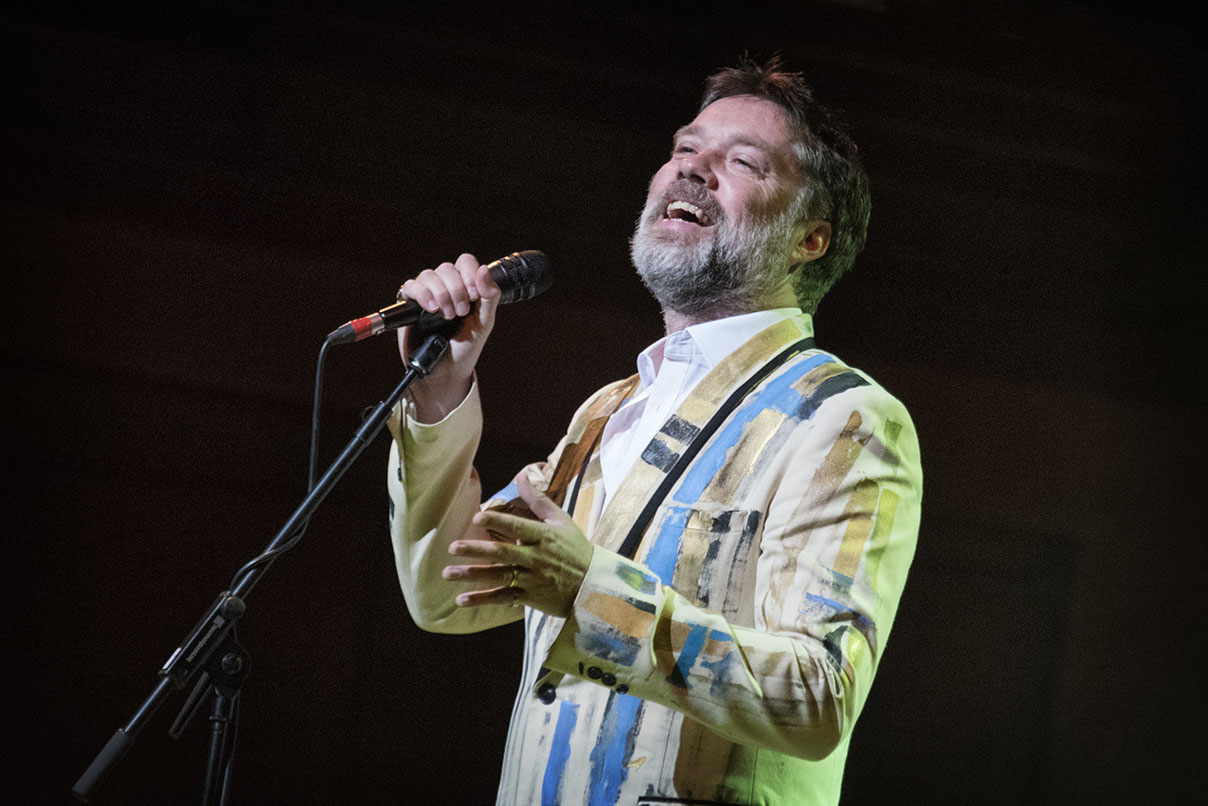 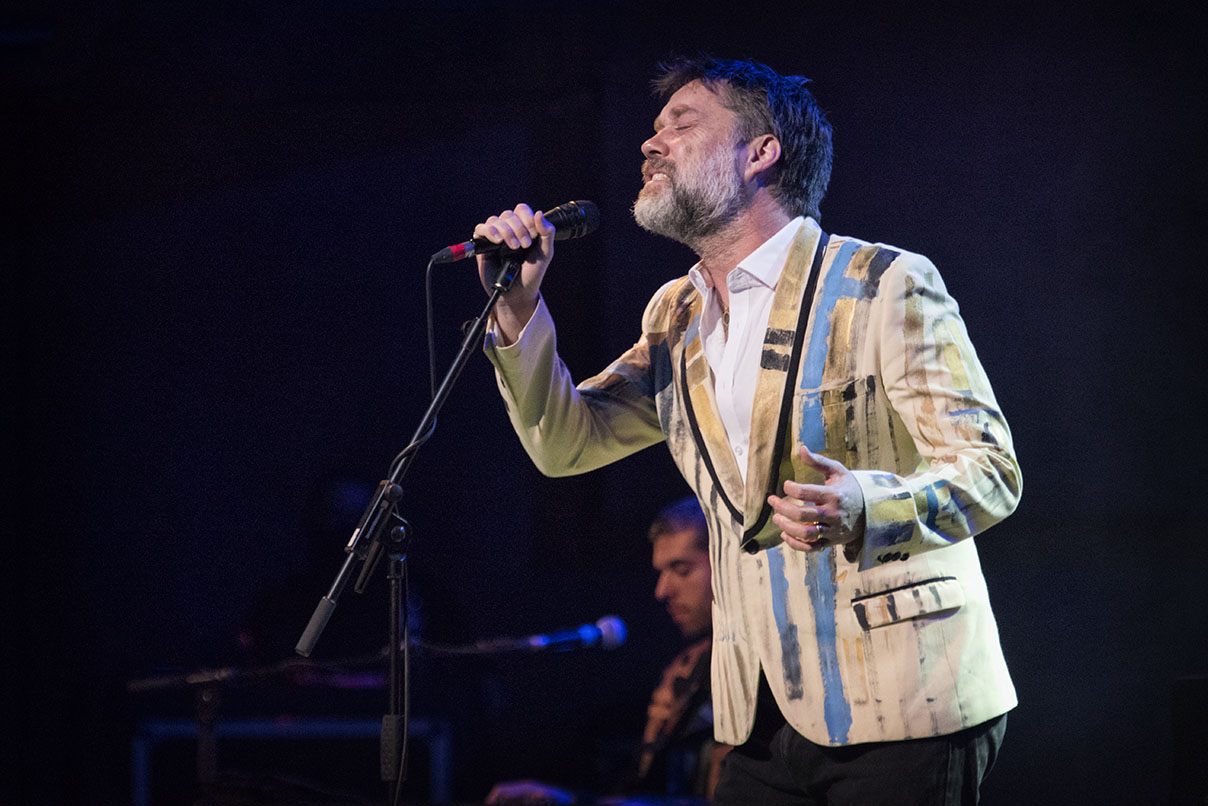 Between songs, Rufus charmed the mixed audience (which included actress Emma Atkins, best known for playing the character Charity Dingle in Emmerdale) with his warmth and humour. Many of the songs were accompanied by stories of their origin and meaning, giving more depth to the performance. Before the short interval, Rufus had urged everyone to go and check out the merchandise on sale, which included CDs and vinyl as well as t-shirts, which featured illustrations designed by himself “’cause its come to that” he quipped.

During the second half of the show, he performed a song called Argentina that was written for his husband whilst Rufus was in South America, as well as My Little You, which he wrote for his daughter and which features on his new album. He did say that he originally wrote that song a while ago but has lost the original demo and lyrics, so the song is now more of an “amuse bouche” than intended. He then teased the audience by saying “Don’t worry you are going to get your Leonard Cohen song, it’s going to happen!” before singing a cover of So Long, Marianne.

A standing ovation followed the last song Devils and Angels (Hatred) from his current album before Rufus and the band briefly left the stage, returning for a two-song encore.

This was a remarkable, enjoyable and entertaining show, it was every bit as fabulous as the sparkly ruby slippers that Rufus was wearing. I loved it.

The Unfollow The Rules Tour continues at venues across the UK during October before continuing with European dates in early 2022.