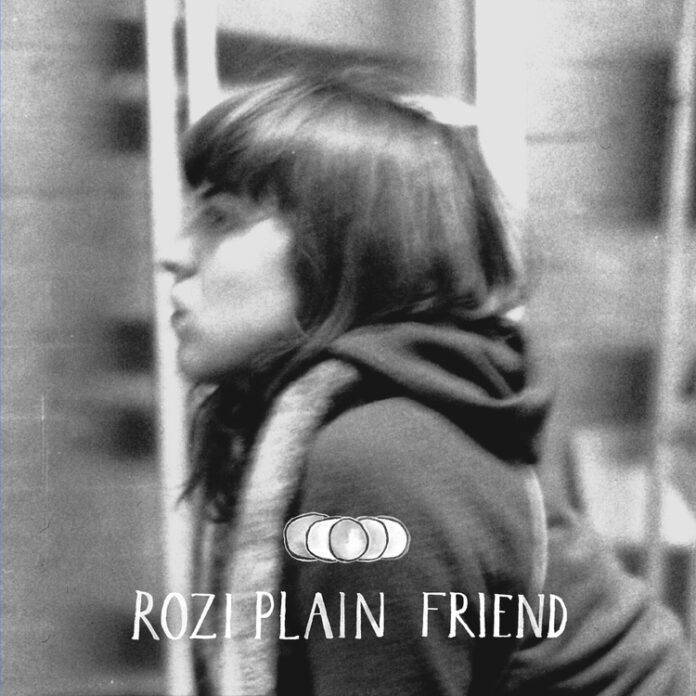 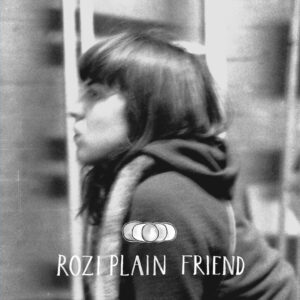 Friend is the third full length release by Winchester born, London-based songstress Rozi Plain. Sounding something like the love child of Jack Johnson and Bjork, Rozi has produced a delightful, laid back and intricate piece of ambient pop art.

I am new to the music of Rozi Plain, to be fair I am much more likely to be found rocking out to a good old fashioned blast of punk rock than I am to be enjoying the sort of laid back, delicate ambient pop that Rozi produces. Perhaps to my own surprise I found this album to be utterly beguiling. It is intricate, sophisticated, atmospheric and at times mesmerising.

“Friend’ is the sort of album that you get lost in. The vibe is the sort of laid back groove you would expect from Hawaiian surfer come singer-songwriter Jack Johnson. The vocal reminds me of the kind sound produced by Bjork at her introspective and eccentric best. As you listen a few times you begin to recognise the subtlety, textures and layers in the songs and each listen brings a new understanding, a previously unrecognised instrument, an unnoticed melody and sometimes a broader understanding of the lyrics.

On my first listen or two I confess I was guilty of dismissing the vocals as merely a means to add an additional layer of sound, something that added texture to the soundscape, something beautiful and delicate but largely meaningless. On further listens I came to realise that this was a mistake. It is easy to get lost in this album and to let the relaxed vibe and laid back rhythms take you on a gentle, pleasant, but largely meaningless journey through the ten tracks. That would be a mistake.

“Friend” is meaningful, there are tales of love and loss, joy and pain tough times survived and lessons leaned. There are pictures of places held dear, there is emotional release and a joy of simply being alive. Through it all there is a sense of wonder at the complexities and sometimes even the trivialities of life.

Across the piece the arrangements are generally stripped back and fairly sparse, yet full of surprises. “Best Team” is a lovely example, mellow and melancholy the strings have you drifting along until the addition of brass lifts the mood and the busy percussion has you wondering where Rozi is going in such a hurry.

There are no rousing anthems or sing-along choruses on “Friend.” Instead this is an album of interesting, sophisticated synth pop full of originality and artistic experimentations,  a late night chill-out album with plenty to entertain the avid listener who wants to mine more deeply for their rewards.

Rozi Plain is receiving airplay on the BBC Radio 2 and 6 Music and it may just be that “Friend” proves to be her breakthrough to a much wider audience.

Rozi Plain will be on tour at the end of May and a list of dates can be found here.

Rozi Plain can be found on the internet at roziplain.co.uk.  She is on Facebook and tweets as @ROZIPLAIN.