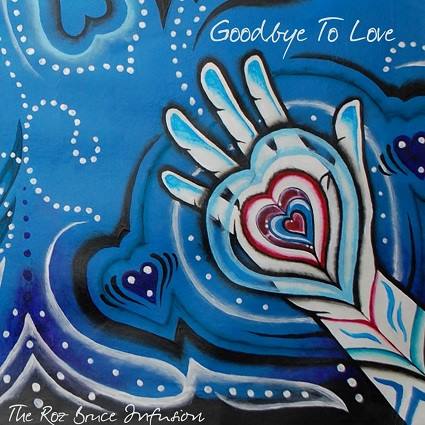 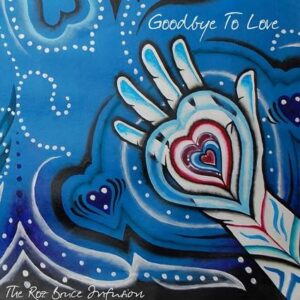 The Roz Bruce Infusion are back with their long awaited second album ‘Goodbye to Love’.

After falling in love with their debut, I felt nervous to press play, however all my doubts were quickly forgotten as I got totally absorbed into Bruce’s new work.

The Roz Bruce Infusion is pretty much like no band I’ve ever heard before and this album is no expectation. There is a brutal edge to Goodbye to Love, that wasn’t as apparent in the first record. This record seems to come from a character that has seen a lot more of the world, has lived, loved and now feels able to tell their tale. Goodbye to love combines rock n roll with poetry to tell a story that only this band can.

Roz’s voice is gritty and beautiful all at the same time. Her distinct vocals are totally unique to the band and stand out from any set of vocals that I’ve heard before. Her lyrics take both a dark and sexual turn on the record. There’s a sense of longing in tracks such as ‘Come with Me’ and ‘I am not a Crook’ that never seem to be satisfied across the album.

The last track closes the novel of turbulent relationships rather perfectly, acting as the title track for the album.  Already sounding like a new Roz Bruce anthem, Goodbye to Love has a wonderful piano break down which plays over the sound of Roz’s vocals emphasis the rawness of the emotions in the track.  The band could not have chosen a more beautiful send off.

In summary, Roz Bruce has returned with a dark, more mature sound. Be sure to catch the band on tour.