Home Music Reviews Album Reviews Roxanne de Bastion: You and Me, We Are The Same – album... 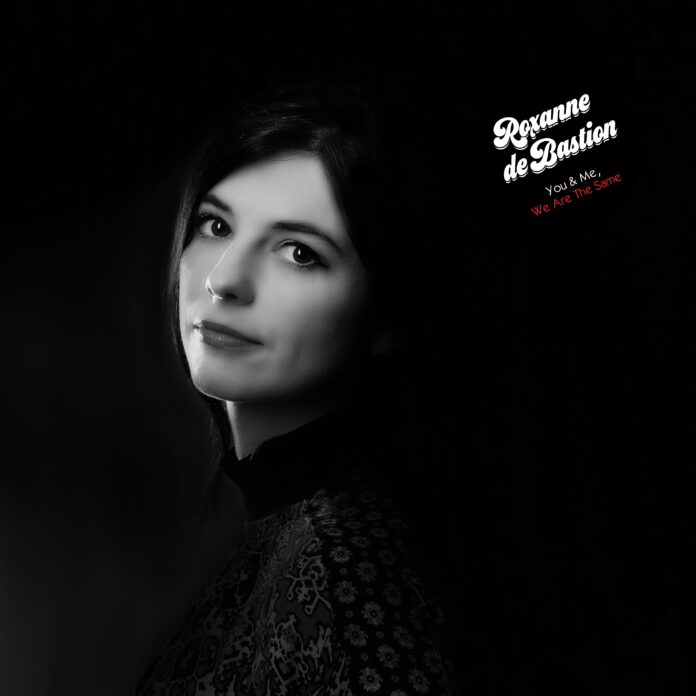 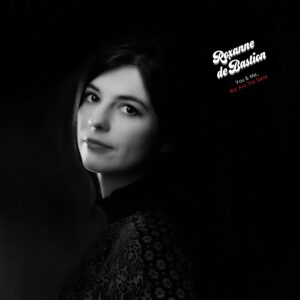 Roxanne de Bastion: You & Me, We Are The Same

Through her new album, You & Me, We Are The Same, Roxanne de Bastion manages to channel a period of deep emotional heartache into a rich vein of creativity. Ian Corbridge reviews for Louder Than War and is in no doubt it will remain forever an important statement for Roxanne on a very personal level, but will also live long in the memory of those who enjoy the joyful and reflective songs and the clarity and warmth of Roxanne’s beautiful voice.

It’s fair to say that it’s been quite a journey for Roxanne de Bastion since the release of her critically acclaimed debut album, Heirlooms And Hearsay back in 2017 and Louder Than War has continued to follow it every step of the way. Throughout this time, Roxanne has continued to develop a knack for writing songs which challenge and explore subject matters which will resonate with so many of us. With Roxanne’s warm, beautiful and crystal-clear tones, she has also developed a unique talent for delivering songs as if she was speaking directly to you and you alone, in a way that is both charming and utterly compelling.

Since starting to write this album, Roxanne has had to contend with her own personal grief through the death of her father, which is a situation that would create a sense of deep emotional turmoil in any of us. However, in spite of the intense and poignant feelings that Roxanne must have felt in this period, the songs which have emerged to create this new album may well surprise you in the range of emotions that they explore. This is very much a product of Roxanne’s observation that, “grief and love are intrinsically linked,” and a sense that good things can and do continue to happen, even through your darkest hours.

For those that have been paying attention over the course of the last 16 months or so, almost since the UK lockdown began, we have been lucky enough to sample numerous teasers for this album, through single releases, an online virtual UK tour and an online gig from the Moth Club back in September 2020 – wow, was it really that long ago! A first listen to Erase, released back in May 2020, suggested that enlisting the services of Bernard Butler as producer, from the simple act of emailing him a demo, was a very smart move indeed. This collaboration has clearly produced a wonderful collection of songs which crosses so many boundaries, no doubt inspired partly through Bernard’s encouragement for Roxanne to create a more ambitious sound.

The album opens with an eerie sound, before Molecules literally bursts into life with a brazen and sometimes distorted guitar attack from Roxanne’s Rickenbacker, which has more than a nod to the White Stripes. It’s a bold start to any album, but I quickly found that it was completely justified in what was to follow. Another single, I Remember Everything, feels like a search for reassurance in a close relationship, in which there may be unspoken truths. This is classic pop which builds throughout, augmented by a string arrangement which gives the sound an almost euphoric feel as the song closes.

Delete Forget Repeat was first heard at the Moth Club show and ups the tempo somewhat, with the string arrangement this time giving the song a more dramatic finale. That has a lot to do with its central message, focused on the human race’s failure to stop history repeating itself, and with all that we have endured over recent times, this feels perhaps more relevant now than ever before. Erase, the first single to emerge from this album, remains one of Roxanne’s biggest 60s-style production numbers to date, with bombastic drums and epic strings alongside a passionate outcry against attempts to rewrite history.

Heavy Lifting is a reflective and simply captivating piece, which allows us to take stock of the moments of anxiety that we all feel but are often reluctant to share. Roxanne’s warm and beautiful tones are accompanied by a stark piano and set against a delicate and almost spiritual soundtrack, focusing on what Roxanne describes as, “the quiet, dark moments we usually battle on our own.”

Ordinary Love, the most recent single, is a joyous-sounding modern pop song, which is notable for its wonderful jangly guitar sound, played by Bernard Butler courtesy of a Gibson 12-string that once belonged to Johnny Marr. In complete contrast, Smoke is a stark and poignant reminder of the vulnerability we all feel at the prospect of impending personal loss, with the heart breaking narrative, “How Many breaths do we have left?/ How many times can I see you?” I Know You follows in a similar vein, but as a more rhythmic and upbeat song, from which the album title was derived, having both reflective and introspective vibes.

London, I Miss You was apparently written in Berlin as Roxanne’s father was in intensive care. For the most part, it is a stark, poignant piano-led song, full of simplicity and a sense of reassessment and contemplation. It closes out with a somewhat ethereal sound, as if to mirror the longing to be somewhere else, which must have been felt so strongly by Roxanne at that time. This leads into album closer, The Weight, which we first heard at the Moth Club, a beautiful paean to those who experience unconditional love.

At a time of heightened emotion and a great sense of poignancy, this collection of songs conveys a great sense of joy and is ultimately uplifting in every sense of the word. You & Me, We Are The Same is an album full of warmth, honesty and sincerity, as Roxanne exposes her deepest emotional feelings through the personal challenges she was experiencing throughout the time the songs were being written. But it also serves to challenge us all on a personal level at a time when we are all seeking a return to some new form of normality.

As a solo artist, Roxanne de Bastion continues to fulfil all the high expectations generated by her early singles and this album is a fine testament to her development as an extraordinary storyteller. Alongside this is the exciting prospect of hearing Roxanne perform the new songs in addition to her existing material. A very strong set list will emerge as she finally steps out of the confines of lockdown into a proper live setting once again. I strongly urge you not to miss out on the opportunity when it comes along, starting at the Moth Club in London on 12th October 2021.