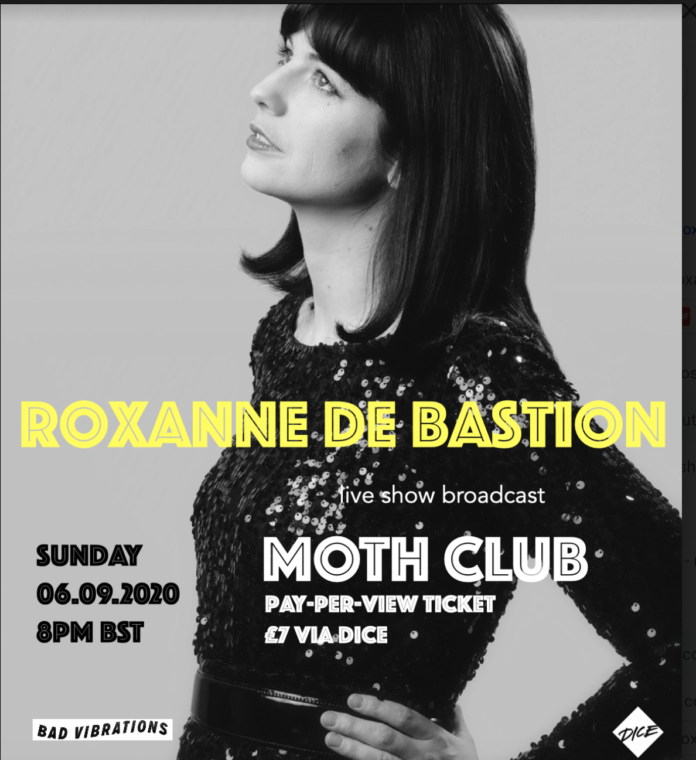 Roxanne de Bastion today announces a new live show, recorded at Hackney’s
legendary MOTH CLUB, will be available to stream to ticket holders around the
world on Sunday 6th September.

The special event follows a busy summer that has seen Roxanne release her
Bernard Butler-produced single ERASE, a cover of The National’s I Should Live in
Salt and embark on a hugely successful ‘virtual’ tour looping together a series of
real venues and promoters across the UK.

The 45-minute live streamed show will be promoted by Bad Vibrations in associa-
tion with DICE. To reflect the venue choice and raise much needed awareness of independent venues at the current time, tickets are limited to 250 capacity and go
on sale on Thursday.

About the show, Roxanne says: “We decided to stick to 250 tickets, which would be
a sold out, sweaty Moth Club – so I’m really looking forward to playing new songs
for everyone tuning in and being a part of a special night in virtual East London from
wherever they might be!” 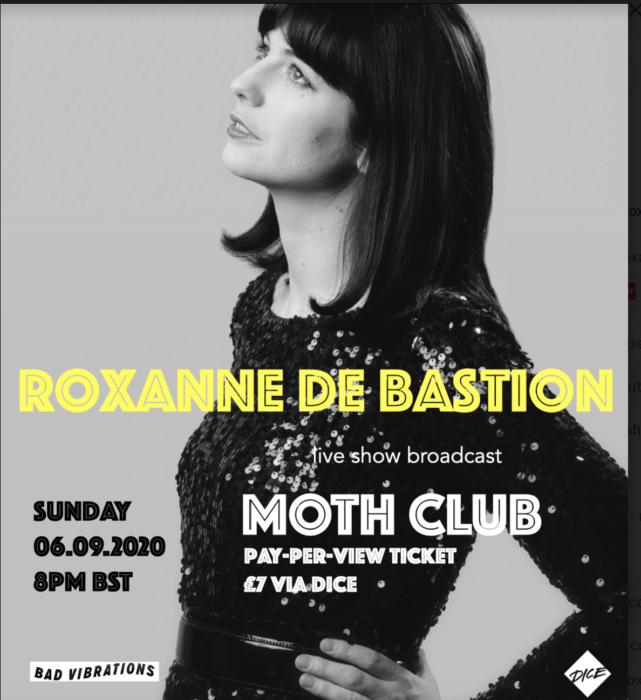 Tickets go on sale on Thursday at 3pm BST here

Roxanne’s show announcement comes on the heels of her critically acclaimed sin-
gle ‘ERASE’, produced by the legendary guitarist Bernard Butler and the release of a cover of The National’s ‘I Should Live In Salt’. Roxanne went on a virtual UK tour

in aid of #saveourvenues campaign, performing on social media platforms of inde-
pendent venues and promoters across the country. The single along with the tour