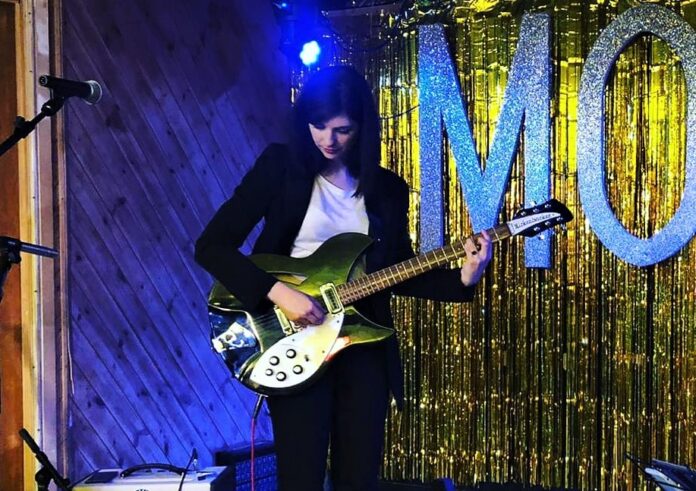 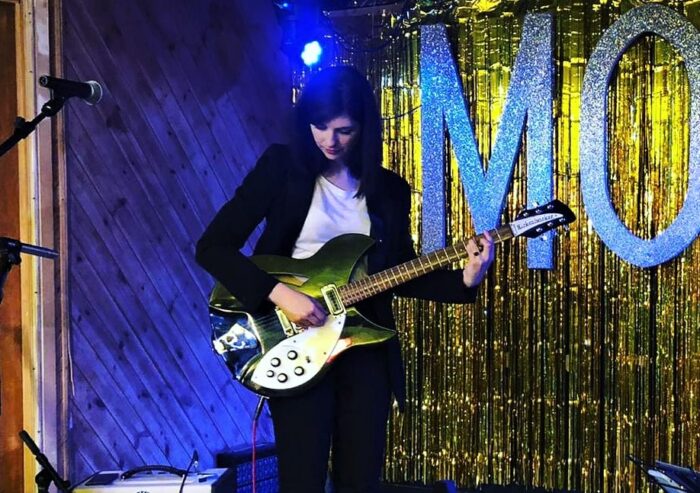 As Roxanne De Bastion takes her first steps back into the world of a fully staged live performance, Ian Corbridge takes his own first virtual visit to the empty confines of the Moth Club in London to enjoy the singer-songwriter taking us through songs both old and new, with a glimpse into her forthcoming new album.

Awaiting the arrival of Roxanne De Bastion to take the stage at the 250 capacity Moth Club in London, I immediately cast my mind back to Roxanne’s last appearance in Manchester at Gullivers back in December 2019. Within the intimate surroundings of the venue, seated on a front table with friends and surrounded by fans of all ages, the enjoyment amongst those gathered from a batch of beautifully crafted songs was palpable at every stage throughout the set. Of course, as I now sit at my dining table in front of the glare of a laptop screen, that now seems a lifetime away.

More recently, we have been lucky enough to enjoy Roxanne’s own virtual tour in May when she streamed short live sets from her own home through various venue’s digital platforms in order to promote both her new single, Erase, and also the plight of the independent venue circuit. But tonight, as part of this pay-per-view stream, we were promised a fully staged performance augmented by the talented Meg Ella on cello and backing vocals.

Roxanne and Meg stepped onto the stage to the almost eerie sound of footsteps within the empty club as silence surrounded them. However, as the rhythmic chords of the first new song, Molecules, filled the room I immediately started to feel at home, well at least in the context of watching a live show and not just the fact that I was watching from home. An interesting choice of song given the world’s current battle with a pandemic, I was immediately struck by the powerful interplay between the electric guitar and the cello and it was evident this was going to work out just fine.

As Roxanne welcomed us all to “virtual Moth”, recent single Erase followed and this stripped-down version, as compared to the Bernard Butler produced arrangement which features epic strings, seemed to have an even more emotive feel to it. As a passionate outcry against attempts to rewrite history, the lyrics certainly resonated strongly against the current social backdrop as did the apparent expressions of anger over the ineptitude and inaction in today’s politics.

This was followed by another new song, I Remember Everything, which sounded like a search for reassurance in a close relationship in which there may be unspoken truths. Whilst this was greeted by the sound of applause from only the 4 other people in the room, this was clearly welcomed by Roxanne in the hope that it replicated the reaction from the virtual audience, wherever they may be.

Wasteland is taken from current album, Heirlooms & Hearsay, and talks of a significant part of the Berlin wall that was torn down in 2013 to make way for a luxury hotel. Within the city where Roxanne spent much of her childhood, the image of luxurious dwelling on a patch of land previously referred to as the death strip clearly did not sit easily. Tonight’s version had an almost mesmeric quality demonstrating Roxanne’s velvet tones to the full. A magnificent arrangement of a song which has become a firm live favourite.

Roxanne changes to the acoustic guitar to deliver Delete Forget Repeat, another new song which feels like it is focused on being stuck in a rut and seeking a way out. The deep sounds from the cello certainly add a more melancholy feel to the vocal delivery. This was followed by a lovely cover of The National’s I Should Live In Salt, a powerful and emotional song about estrangement in which Meg’s backing vocals really shone through with an almost choral effect.

Run is another song from Heirlooms which showcases Roxanne’s vocal range perfectly. It explores the concept that so many issues and events transcend generations often without any recognition, a theme which formed the backbone to the album. Another simply captivating performance. Rerun, which followed, was preceded with the announcement that “this song contains the word condiment”. With Roxanne back on electric guitar, this song questions whether there is actually anything new to experience or create or whether everything is just recycled from our collective consciousness. Now that’s a debate we have heard within the music industry on a number of occasions over the years. 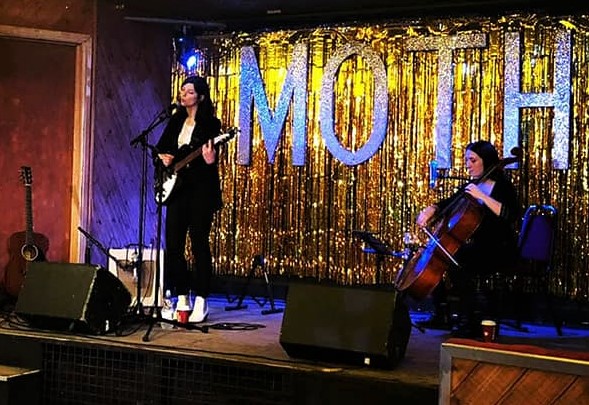 At this point, Meg left the stage to leave Roxanne to perform what would normally be her final song in the uptempo singalong that is Red And White Blood Cells, taken from The Real Thing album going back to 2013. I have little doubt that the virtual audience were all singing along at home, and testament to this were the online live comments shouting out the chorus lines. Performed as ever with amazing energy this would have provided a fitting finale to a great set. However, almost in recognition of these different times, Roxanne closed with The Weight, a new song that no one has heard before. A gorgeous slow lament seemingly about the challenges that love brings throughout your life, this proved another wonderful and tantalising teaser for the new album to come.

As the broadcast closed, we were all encouraged to join both Roxanne and Meg in an online question and answer session via a webinar. Once again Roxanne proved to be hugely engaging and fun. Roxanne confirmed her new album was finished and will be more uplifting in spirit than Heirlooms, although given current challenges she had no idea when it will be released. But we have been promised another single before the year is out so we can ride on that wave of positivity for a while longer.

Of course we are all missing the live gig experience in a very big way although there were times tonight when I felt I could almost reach out and touch the stage as I had the best seat in the house. It was also evident Roxanne had not realised how much she missed having her voice and instruments amplified. But regardless of what we yearn for, Roxanne’s performance at the Moth Club was totally engaging in a way that almost fed off the silence in the room and with delicate harmonies and a hypnotic charm that will inevitably find their way through to the grooves of her forthcoming album. We just hope it is not too long before we get to hear it, both on record and in a proper live environment.