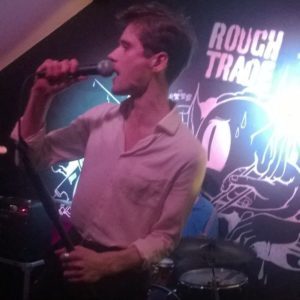 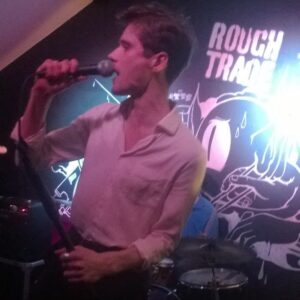 The spirit of independence and counterculture cool which defines the Hockley area of Nottingham city centre has perhaps never been more celebrated than it has on this November night, as two of its staples mark their ‘birthdays’ with celebratory parties. Jamcafe, an eclectic independently-run spot, turns ten and is rounding off a week of celebrations with a party soundtracked by a stellar DJ line-up of Stuart Hemulen of the Tropical Beats night, Plates Asa Thomas Hudson, and Bradley Rice, the owner of Jamcafe himself. Less than a minute’s walk away, a venue less long-term but already just ingrained in the scene, Rough Trade Nottingham, is turning four. Off, course, the forty-two year existence of Rough Trade itself ensured its immediate popularity as soon as it opened four years ago.

One of the ultimate treasures of music history both as a record label and via the related shops, music fans in Nottingham immediately felt lucky to have a Rough Trade as part of the cities fabric, and in the space of four years it has become difficult to imagine the local scene without it. Manager Kyle Hougham has managed some really special over the past four years by preserving the identity of the Rough Trade brand and yet giving the place a uniquely Nottingham feel at the same time. Cult heroes, household names, local acts; writers, designers, artists, academics, DJ’S, musicians and even scientists have found a platform here with the huge mixed-bag selection of events that the upstairs bar has played host to since 2014. They are celebrating their birthday with a free party which celebrates and showcases the diverse nature of some of our local talent – the line-up includes blues-infused vocalist Georgie, rapper Snowy, post-punk-esque four piece Do Nothing and DJ set from local heroes Kagoule.

The close proximity of the two ‘birthday bars’ means there is no reason why I can’t do both parties in one night, so after checking in at Jamcafe I head over to Rough Trade Notts in time for a powerful set from Georgie. A solo act whose voice alone has the power of some bands whole line ups, just her and her guitar command the stage and audience as she mixes the rawness of the blues as we know it with her own kind of warm, whisky-drenched richness – both metaphorically and literally, given the drinking themes of her lyricism and her sipping in the spirit throughout. Musically mature beyond her tender years, Georgie already carries the air of a distinguished a blues siren.

She’s followed by Do Nothing, who have fast become a favourite of the Nottingham live scene with their erudite lyricism and edgy sound and have already impressed me when I caught them at Dot 2 Dot Festival earlier this year. As soon as they begin to play, those unfamiliar with them as quickly jolted to attention as they send thunderbolts of energy through the room. Angular, sharp and tight, with frontman Chris Bailey (a charismatic born star of a frontman with the looks of a Hedi Slimane model and the stage mannerisms of a thoughtful indie thespian) shouting out his notably articulate, distinct lyrics over the juggernaut of jagged guitar lines and a tightly pulled rhythm section, Do Nothing grab attention from the word go as a band in the finest post punk and art rock tradition. The set rolls in sound, with Bailey’s impressive vocals able to shift from claustrophobic aggression to open, multi-layered power, the songs excitingly demonstrative one minute and gorgeously subtle the next, without ever losing a distinct umbrella style and identity. There is a real chemistry between the quartet which makes for excellent stage presence, and by the time they close with crowd-pleaser Handshakes, they really have got the crowd in the palm of their hands.

Before dashing back out across the road, I drink in the atmosphere of the space. The crowd are mixed-age and multicultural, and all largely know each other through the uniting force of music. Hugs are exchanged, drinks passed back and forth, and there is a genuine sense of a scene that it is a real pleasure to belong to. While the wider world currently seeks to divide, the vibe here in Hockley is kicking against that tonight and every night. Happy birthday, Rough Trade Nottingham. You’ve truly honoured the very fabric of Rough Trade’s illustrious history. Here’s to the next four years and beyond!

Rough Trade Notts upcoming events can be found on facebook.

Special thanks to Kyle Stanley Hougham