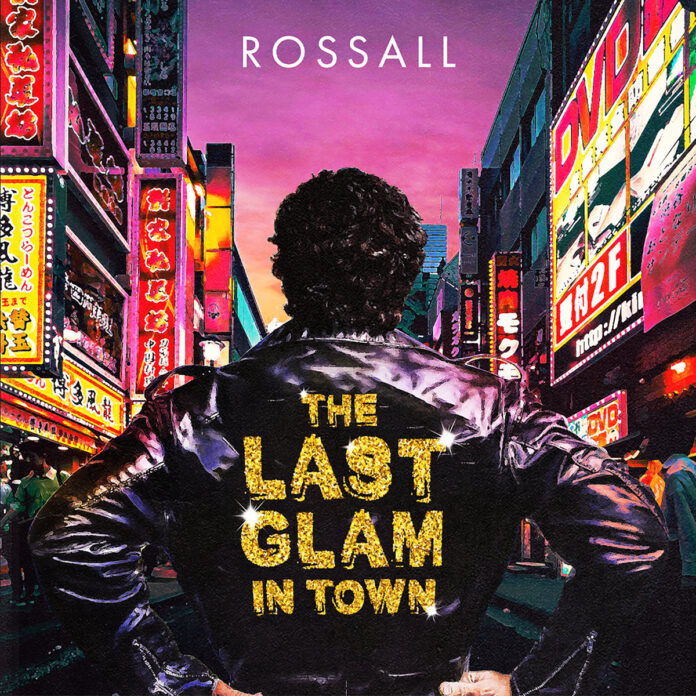 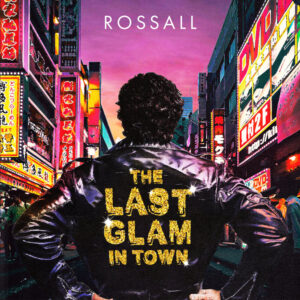 John Rossall stands alone as a prime architect of an entire musical genre – glam, in this case – who’s still making fantastic music half a century after his rise to fame.  Founder member of the Glitter Band with assistance from our John Robb, the Nightingales and others releases a stomping great glam rock album. And they are saying… ‘Last Glam In Town is John Rossall’s finest work’. Ged Babey finds it very hard to disagree.

Back in 2008 John Robb did a piece on the Glitter band for the Quietus.  Twelve years on and this, I imagine, is the result of that meeting between LTW’s boss and John Rossall. In the piece John Robb said:

The Glitter Band’s unique sound is well appreciated by the cognoscenti of alternative music makers. They are the last living link to the brilliant producer Mike Leander, who created the Glitter Band sound which has influenced so many people in pop from The Fall to The Smiths to Marilyn Manson, Adam And The Ants, Bow Wow Wow and Killing Joke and anyone else who cops that droning guitar over a tribal beat. It’s a sound that is so distinctive that it causes the Pavlovian exhortation: “Ah! The Glitter beat!”

Like any child of the Seventies I clearly remember hearing The Glitter Bands Angel Face for the first time on Top of The Pops and the relief that the bug-eyed, scary tinfoil ‘leader’ was not needed.

It was a great tune, and on the first cheapo (cover versions of) hits compilation album I had bought for me, a Hallmark Top of The Pops album  (number 37). It was track one, side one and the only decent song on that side apart from Seven Seas of Rhye.

Northern Ireland bootboys The Outcasts famously gave Angel Face a glam-punk makeover in ’82 and in 2007 I actually reviewed a Glitter Band reissue in Record Collector as an excuse to rave about Luke Haines Bad Reputation.

But I digress… the Last Glam In Town is simply ace!  It’s a near-perfect glam rock album with all of the necessary ingredients.  The dual drum kick (Hey!) – that guitar sound -(Hey!) the self-celebratory lyrics – (Hey!)… and the sax appeal (H..we get the picture!). All originals bar one – Have I The Right – a song which even the Dead Kennedys covered.

One of Rossalls all time favourite songs, guests the Nightingales (Robert Lloyd on vocals, Fliss Kitson on drums and Jim Smith on guitar) perform it with Rossall associates Phil Pops (Star guitar) and Corrie Shiells (tenor sax) and producer Simon Archer (bass).  It is just unbeatable – cheese-y yeah – but the finest cheese in the cosmos! Rob Lloyd sings with a magnificent relish – (which he adds to the fromage to make a delicious snack.)

Nightingales also re-use the music from their own Thick and Thin to make a fresh glam anthem  Never Say Forever Again – and it’s another album highlight.

One of the best songs is saved for last Lets Get Together Again (again) is an old Glitter Band  song rejuvenated, but Blackpool Rocks is stupendous too- a celebration of the place and its vibe and association with showbiz glamour and pop-culture and seaside good-times. ‘This town is part of my soul...’ and a namecheck to Rossalls dad who was also a band-leader in the town in his day.

Glam rock was fun and accessible – partly rooted in early rock nostalgia, though equally futuristic, yet it never forgot the ideal of rock music as celebratory and fun.

If the mission of Glam is to make you smile, wanna dance, sing-a-long and make you feel that life aint so bad after all – then Last Glam in Town accomplishes that mission… and in 2020 it’s much needed!

Just listen to the whole damn thing on bandcamp and get that credit card out!