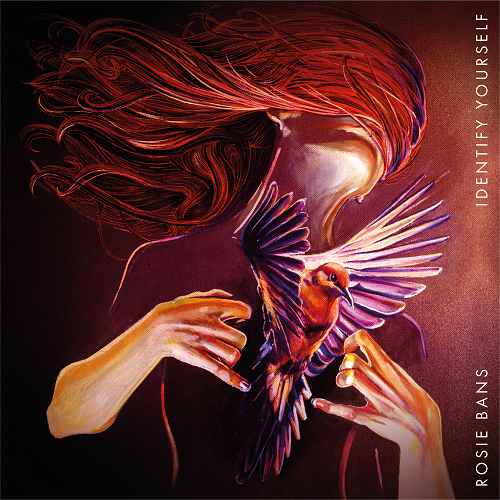 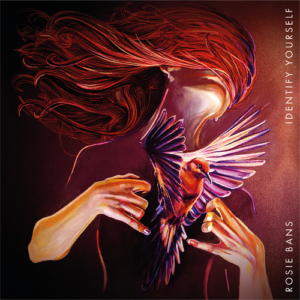 Back in May 2014 we first featured Rosie Bans with the release of her debut EP Be Bold and, were knocked out by what we heard predicting big things. Three years later, and a string of releases behind her, she is steadily attracting a media following to compliment the ever swelling fan base she is attracting. Her debut album, Identify Yourself is a crowd-funded affair attaining (at the time of writing) over 200% of her target – people it seems, want to hear more.

It’s easy to see why there is the interest. Rosie writes powerful songs full of emotion, sometimes sweary, but always jam-packed with style and professionalism. She tours endlessly and has become known for her online gigs attracting scores of watchers and, to these watchers Identify Yourself is long overdue. Encompassing pop, jazz, punk and rock, she has developed her own style of Indie sophisti-pop which breathes fresh air into today’s scene.

Personal fights with depression, social anxiety and hard truth are all part of the roster and her edgy lyrics, with her equally harsh sounding keyboard play, often sits comfortably with songs love and wistful backing. Identify Yourself starts brilliantly and the bar is set very high with opener Instincts, a funky keyboard played superbly and Bans singing with an effervescent glow almost as red hot as her impressive ginger locks. Her voice acts like another instrument with highs, lows, screams and whispers combined resulting in a cavalcade of energy.

Her voice is warm and inviting. She draws you in with every breath and spits you out again with every exhalation often sending goose pimples down your spine as the impressive live feel of the production gives the impression that she is sat in the next room. No Apologies offers a lyrically rough ride for the recipient before a slower easier journey with Home whilst still offering remorse and regret.

Rosie doesn’t hold back. I Won’t Fade Into The Shade sees her loud and proud over hair colour and “so much attention on my pubic hair”. Don’t expect butterflies and daisies, she will if required rip your head off but will equally hold you close and caress your every emotion. Bans takes you on a trip that you won’t forget, every syllable and bead of sweat is there because she gives her all and it is evident in the resulting music.

Bloodline begins with a gorgeous sitar which goes slightly psychedelic before combining with piano (think Ravi Shankar meets Tori Amos) as it sparkles with glitter and creates a warm feeling that makes for an immediate repeat listen. London gallops along like a high speed train and Kindness slows the juggernaut down with a delightful respite containing a superbly played trumpet adding more warmth to the proceedings.

There are many highlights here but special praise should go to Loneliness Or Love, a heart-breaking jazz affair with vocals that seem to weep in your direction and a guitar that sounds as though its strings have been strummed for the very the last time. Rosie’s vocals are incredible, classic sounding and were they sung by a ‘household name’ vocalist the media would be fawning at every note. This is a performance of quite epic proportion.

As the album closes, It’s Been Nice is an understatement as the collection has been far more than that, and Doing It For The Love makes her sound as though any sort of commercial success is secondary to a singer/songwriter who genuinely cares first and foremost in pleasing herself and achieving personal ambition.

It’s been a long time coming but Identify Yourself was well worth the wait.