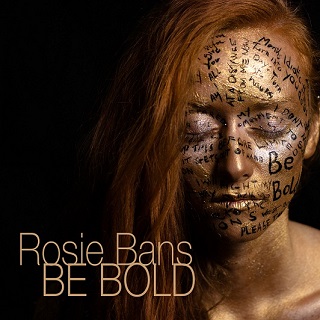 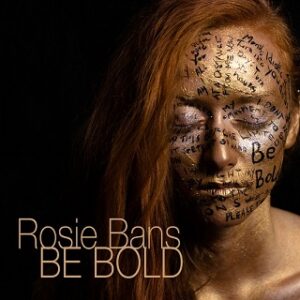 It seems we’re being bombarded with female singer-songwriters at the moment, and some pretty bloody good ones too. Where have they been hiding, and what have they been putting in their breakfast? Rosie Bans is the latest to come to our attention (not difficult given her head of proud ginger fire), and the latest to expect big things from.

Writing the sort of music that seems to drip effortlessly from your stereo, Rosie has an ear for a great tune and melody, and also the ability to combine that skill with lyrics we can all associate with – breakdowns, honesty and deceit. Indeed, EP opener Arguments is a rip roarer of a pop-rock affair with gripping guitars and thrashing drums accompanied by the Bans roar and an incredibly effective string section. A toe tapper if ever I heard one, hell more than a toe tapper, it stirs an amount of energy that makes me want to go and hit something. Hard.

Interestingly, what follows is a complete change in style where Rosie moves to a sophisti-pop-soul mood and some quite startling similarities to the incredibly underrated 80s brother duo of Hue & Cry. In fact such is the likeness, I had to check that the brothers Kane weren’t actually involved somewhere along the way. Make Believe is the sort of thing they were great at, punchy beats and strong Sinatra/Darrin stylized vocals, even the instrumentation and vocal style of Pat Kane are echoed. Maybe there’s something in the water of Glasgow, the city from where they all hail.

The comparisons to the duo are a compliment to an act who were never fully recognized as the talent they were. Maybe Rosie can make up the lost ground, the time is certainly right for her as her superb songwriting skills are a breath of fresh air. Bold Light is quite a minimalist affair as keyboards are tinkled behind another assured performance.

Westbound Ghosts ends a quite brilliant EP and hopefully paves the way for more of the same from a quite undisputed talent. Her voice rises and cries beautifully with the confidence you wouldn’t ordinarily expect from someone so young.

Prepare to hear and see more of Rosie. Prepare to be impressed.