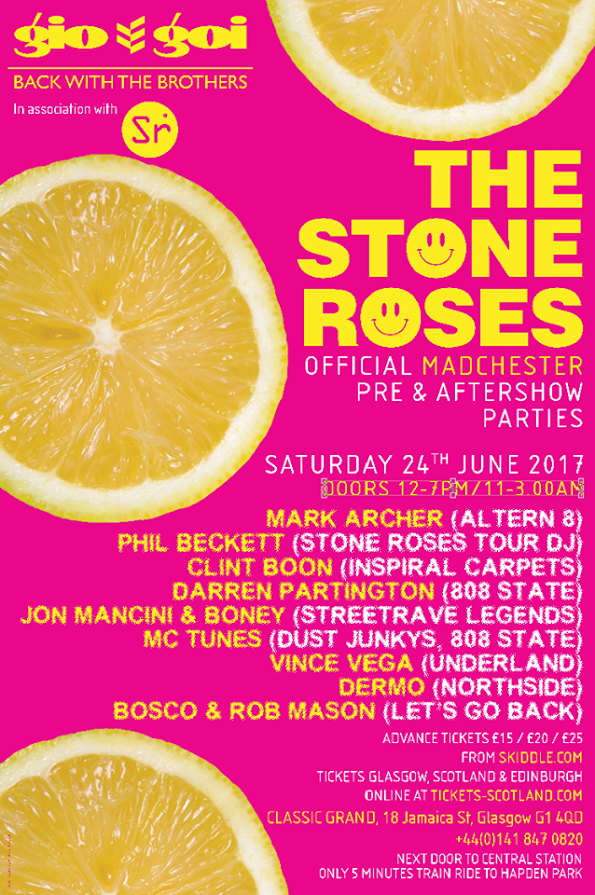 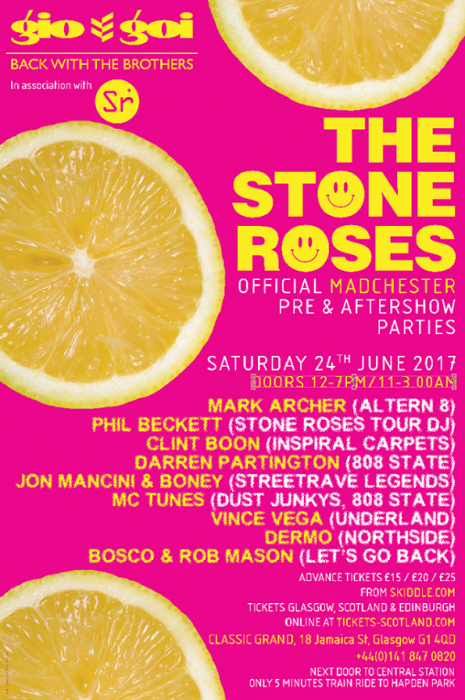 Putting on legendary parties since 1988 and setting it all off with their very own infamous Madchester vibe The Donnelly Brothers do it again staging this summers official Stone Roses pre/after show events… and going by the reactions to the Wembley and Leeds shows it looks like todays concert goers in Glasgow are in for a real party, as the brothers bring the Gio Goi pre/after shows to the cities CLASSIC GRAND venue 18 Jamaica St  – for more of the same.

Featuring a truly amazing line up of some of Manchester’s most celebrated indie/dance DJ’s its looking like the place to be both before the concert and more so to finish the night off in style as the likes MC Tunes, Clint Boon, Northsides Dermo as well as the Stone Roses official tour DJ Phil Beckett rock the joint with all the Madchester classics and legendry acid house tunes to 3am. So look out for it if your there today as the Donnelly Brothers are very much in the area! 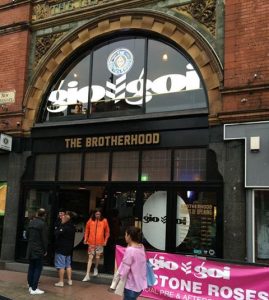 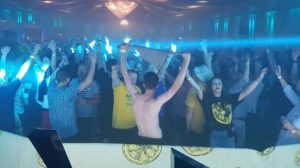 Above – the Gio Goi pre/after shows at Brotherhood in Leeds and London this week which saw both venues packed out and bouncing to Happy Monday remixes, Hacienda classics and acid house innovators like A Guy Called Gerald with ‘Voodoo Ray. 808 States Darren Partington who will also be playing Glasgow Gio goi pre/after shows today calls out one of his own faves from his set below –

Darren Partington – “The tune that gets me right at it when I DJ is this Roses remix (below) it creeps up on you and when it does … oooh its a little cracker. And just for good mancunian measure I’ll be droppin a little bit of yeerky yeerky ( the hardfloor remix), Roll on the Roses.”

Look out for Gio Goi later this year as the Donnelly Brothers return to relaunch their creation with the same style and verve which made it one of the great UK street fashion labels ever to be released.

check out the videos and news for the official Glasgow Roses pre/after show events @ the Gio Goi Facebook page – https://www.facebook.com/GioGoi1988/

and go to the Gio Goi website to check out all the new designs and collections – https://www.gio-goi.com/ 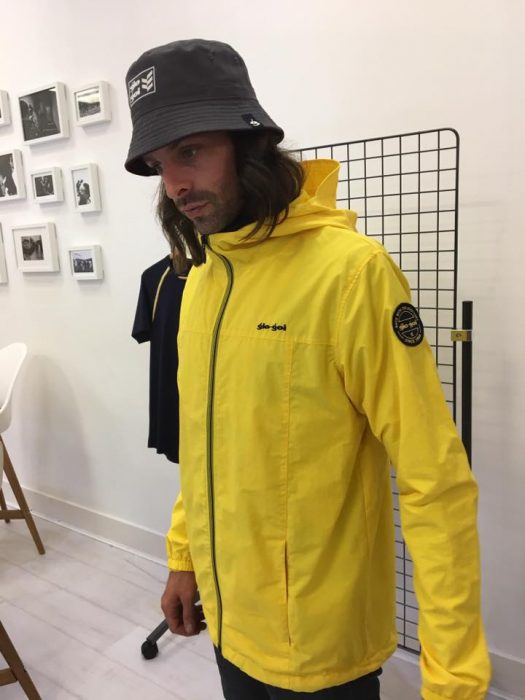