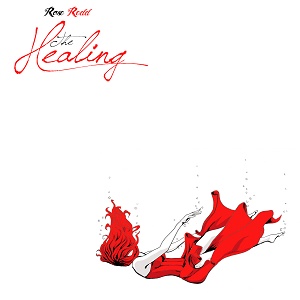 When Rose Redd released her single Girl In The Café earlier this year, there was a talent that Louder Than War spotted even though the single may have hinted that the song was not her best. There was undoubted talent shining through which showed immense promise, given the time to evolve. The time taken to evolve seems to have been much shorter than anyone could have imagined, and The Healing EP demonstrates a style that Rose is very clearly comfortable with.

The title track, represented by a Radio Edit and a Magic Garden Extended Mix is an infectious pop-rock affair where Rose’s mature lyrics are given the chance to roar out loud over a pounding backing. The song layout is like all great songs, simple enough with a traditional verse, chorus, and bridge order making it instantly appealing.

Rose displays a song writing talent well beyond her 20 years with an ear for an essential hook and an eye for a style to call her own, and it’s refreshing to come across someone loving what they do and following their true yearning.

Another new track Breath In has a superb bassline that continues throughout, bubbling and threatening to break free. Again, showing her powerful voice, its track that could actually be a single in its own right as it glides through another guitar based track

What is interesting is the inclusion of two versions of Girl In The Café. Here in amongst rockier affairs, the track is given a new lease of life and sits with a new meaning acting as a transition to another metaphorical string which one feels Redd has in abundance in her bow. How a clever bit of track listing can transform a song.

It’s pleasing to see that Rose has taken time to consider her future without necessarily forgetting her past as she clearly has a talent that deserves to be heard. There could well be some big things to come.

Rose Redd will be opening at HarFest2014 on 28 September.