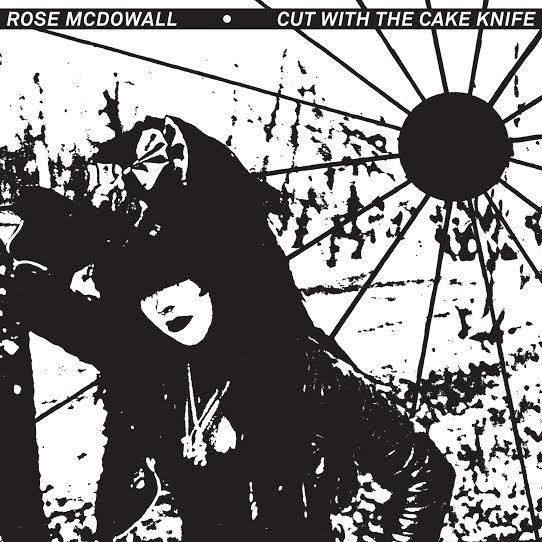 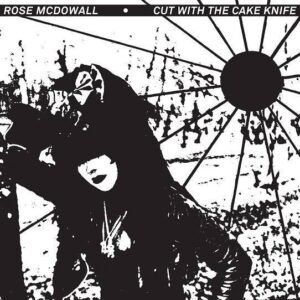 This has been  a curious pop career.

After seeing the Ramones in Glasgow in the punk wars Rose teamed up with Jill Bryson and became one half of the polka dot terror twins -a  striking pair in the monochrome late sensitise Scottish city. They looked amazing and they inevitably  became band, Strawberry Switchblade and created pure pop and had hits.

But they were no normal pop band.

But then no-one who ever pop-mattered who came from Glasgow ever did things as boring as career. The city seems to be perfectly adept at creating perfect pop with a  dark undertow. Pop music with an impatient high intelligence. Pop music with a dark heart.

Strawberry Switchblade (the perfect band name, like the Stone Roses, empathising the light and shade and was taken from an unpublished Orange Juince fanzine) who in the late eighties were the perfect polka dot pop combination with a massive hit, Since Yesterday and smaller one with a  cover of Dolly Parton’s Jolene and seemed fast track for an MTV pop career. Within a couple of years it had unravelled with Rose further exploring her interest in the supernatural and black magical and becoming part of the heart of the industrial music scene after a meeting with Gensis P. Orrdige that culminated with her singing on Psychic TV’s mini hit Godstar. In the meantime Strawberry Switchblade split up – Jill and Rose were moving apart from their inseparable youth leaving Rose to sing and work with controversial artists like Boyd Rice and Death In June as on the dark and heavy folk tinged works of mid period industrial.

Tracking her darker side and her supernatural nature these experiments flipped sided with the crystalline pop of her brief commercial heyday make her a fascinating figure who would now move from London and spend years in seclusion in the Oxford countryside. Rose has only recently reappeared – a comeback from the Syd style seclusion  that this release of this album – 11 demos from shortly after the break up of Strawberry Switchblade.

Recorded in 1988-89, as demos for a second Strawberry Switchblade album the songs are in the same melancholic pop shimmer vein as her pop era but with a darker and less commercial edge – the sugar and spice of her pop are stretched taut and her voice is all innocence and darkness  that continues to fascinate. Highpoint is Tibet  which seems to detail the collapse of her band whilst, perhaps, referencing the lynchpin of the industrial underground and unlikely cover of the great Blue Oyster Cult classic Don’t Fear The Reaper.

An interesting curio from a great pop artist who refused to play the game, Cut The Cake Knife, is also – conversely – pop perfection.